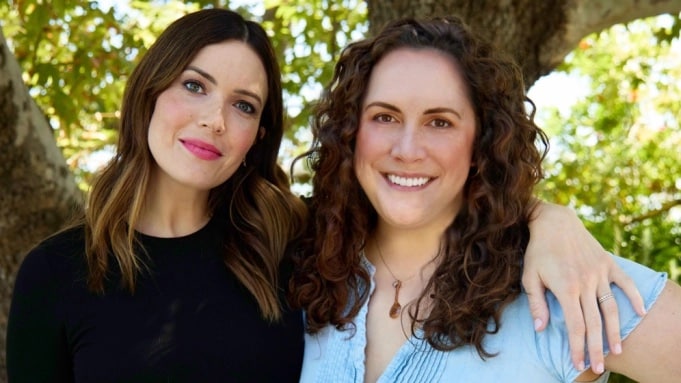 Disney’s 20th Television is developing a new series with “This Is Us” star, Mandy Moore, called “Twin Flames”, which is based on the popular podcast, “Wondery”.

The series tells the true story of two women who find themselves seduced by the online teachings of a couple who preach that every person has a soul mate called a “Twin Flame” and must do whatever it takes to be with that person. Desperate to find true love, these two are swept into the increasingly dangerous waters of the Twin Flame Universe.

Mandy Moore will star in the series and will be teaming up with “This Is Us” co-showrunners Isaac Aptaker and Elizabeth Berger and “Guilty Party” creator Rebecca Addelman to create the series.  Rebecca Addelman is also going to be an executive producer and is writing the project.

Mandy Moore’s production company, Roll With The Punches Productions, has a multi-year production overall deal with 20th Television, to develop and produce series projects for the studio, including another project, which is an adaptation of The Cut/ New York Magazine article “My Mom Has No Friends”.

“Mandy is one of those rare and exceptionally talented artists who’s as brilliant on the screen as she is off, with a keen eye and natural instinct for uncovering fascinating material.  Working with Mandy over the course of her award-winning six years on This Is Us,  cemented our desire to extend our relationship with her, and we are incredibly excited to develop projects together in the years to come.”

Multiple studios were bidding to make “My Mom Has No Friends”, which is based on an article by Monica Corcoran Harel.  The article told the true story of what happens when, after her husband dies, Monica’s 80-year-old mother Veronica moves 3,000 miles to Los Angeles to live near her daughter, her husband and their 11-year-old daughter. Veronica is very fun and outgoing, with a big personality, but has no friends in LA, so it falls on Monica to help her find friends her age, including posting an online ad, setting up ‘playdates’ for her mother, etc. This is a funny, moving, and relatable story about friendship, mothers and daughters, and the relationships between three generations of women.

In a statement, Mandy More said:

“I’m grateful to Dana, Karey, Sharon, Carolyn and everyone at 20th for their support and for giving me and my producing partner Averie the opportunity to continue our creative journey with an exceptional team. We are thrilled to be developing and producing a number of new series for the studio.”

These projects will be released on Hulu in the United States, and we should expect to see the series released internationally as a Star Original on Star+ in Latin America and on Disney+ internationally.

Roger has been a Disney fan since he was a kid and this interest has grown over the years. He has visited Disney Parks around the globe and has a vast collection of Disney movies and collectibles. He is the owner of What's On Disney Plus & DisKingdom. Email: Roger@WhatsOnDisneyPlus.com Twitter: Twitter.com/RogPalmerUK Facebook: Facebook.com/rogpalmeruk
View all posts
Tags: twin flames