Lucasfilm Launches New Documentary Series “Get In The Door” 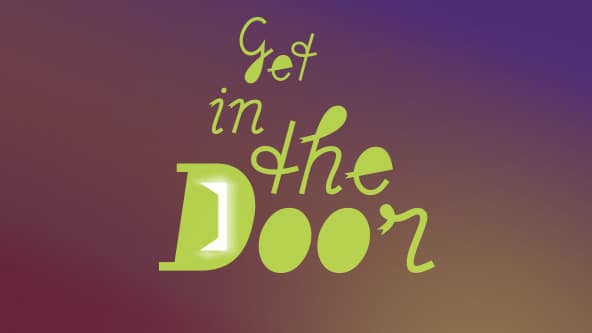 Lucasfilm Launches New Documentary Series “Get In The Door”

Lucasfilm, Industrial Light & Magic, ILMxLAB, and Skywalker Sound have announced a brand new documentary series called “Get in the Door”, that showcases the vast array of opportunities available within the entertainment industry, specifically in visual effects.

Ranging from individual employee portraits to team spotlights, the episodes feature conversations with the internal talent who bring the visuals for projects like “The Mandalorian”, “Avengers: Endgame”, and “Star Wars: Tales from the Galaxy’s Edge” to life. Each episode highlights an employee’s career journey, passion for their craft, and tips for how to get into the industry.

“Get in the Door” is an initiative driven by a core group of employees from across Lucasfilm, Industrial Light & Magic, and ILMxLAB who recognize the entertainment industry’s perceived barrier to entry and the lack of underrepresented groups within the studio.

The “Get in the Door” team’s goal is to use their knowledge and passion for entertainment to introduce emerging talent to opportunities in the industry. Lucasfilm has nearly 200 roles ranging from creative development to post production, and at Industrial Light & Magic and Skywalker Sound, there are over 500 roles ranging from environment art to sound design. Get in the Door hopes to demystify the journey to obtain these roles and provide resources for people looking to step into a career in entertainment.

“We’ve taken a critical look at the lack of diversity within our company and the entertainment industry as a whole.  In order to create lasting change, we need diverse talent in every aspect of the industry. We want to give the next generation of filmmakers the tools they need to get a foot in the door, and step into these creative roles. We hope Get in the Door can be an introduction and a resource for anyone who wants to work in entertainment.”

All of the episodes of this documentary are available now on YouTube.  Hopefully, this series is also made available on Disney+ in the future.

Roger has been a Disney fan since he was a kid and this interest has grown over the years. He has visited Disney Parks around the globe and has a vast collection of Disney movies and collectibles. He is the owner of What's On Disney Plus & DisKingdom. Email: Roger@WhatsOnDisneyPlus.com Twitter: Twitter.com/RogPalmerUK Facebook: Facebook.com/rogpalmeruk
View all posts
Tags: get in the door