Filming is currently underway in the United Kingdom on the Disney+ series, “Star Wars: Andor”, which is a tense, nail-biting spy thriller created by Tony Gilroy, is set to arrive on Disney+ in 2022.

Some new photos from the outside set near Little Marlow’s village in Buckinghamshire, England have been released on the internet. 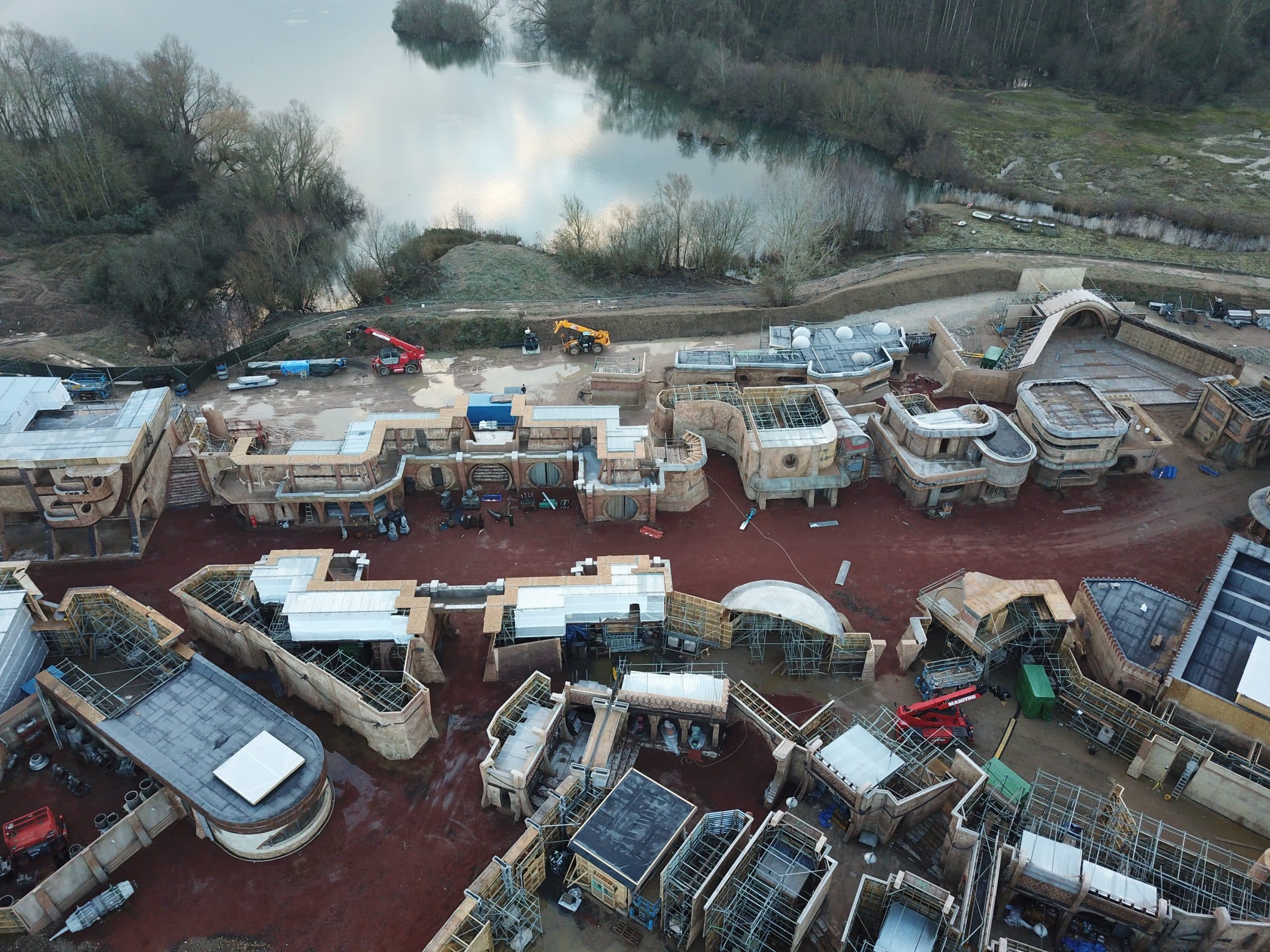 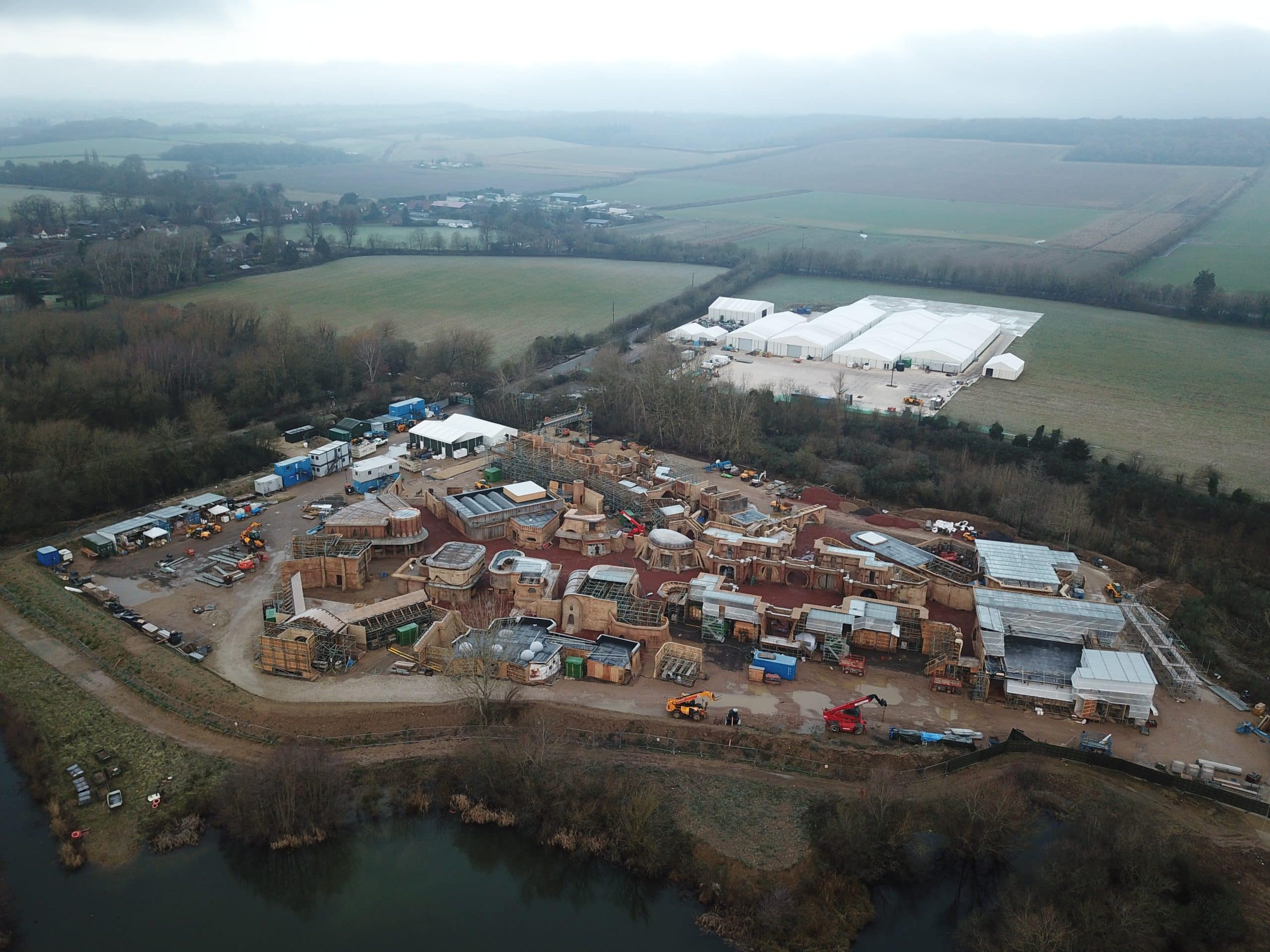 The UK’s newspaper “The Sun” has said that these sets have been built for the upcoming “Obi-Wan Kenobi” Disney+ series. However, many Star Wars fans online have compared the buildings to the recent “Star Wars: Andor” Disney+ series sizzle reel, which was released for last months Investor Day event.

This picture from the sizzle real shows the set being built and it matches the building photos above.

You can watch the sizzle reel below:

The UK’s large set has been made in a former quarry site and “The Sun” is reporting that some local residents aren’t happy with the site being used.

“It might generate some jobs, but this is a pretty rural area which has always been quiet and peaceful – the thought of turning it into some sort of intergalactic war zone to make TV shows is horrifying.

“The set is massive, with great big buildings on it alongside loads of heavy duty machinery coming and going – it’s just totally out of keeping with the countryside vibe here and people are up in arms about it.”

These sets are said to likely remain in place for three years, which would make sense to try to use the set for other Star Wars films and shows like “Rangers Of The New Republic”, “Rogue Squadron”, “The Book Of Boba Fett” or “The Mandalorian”.

While the majority of filming on the upcoming Star Wars series will be done using the “Volume”, which is a huge virtual indoor stage.  Some scenes require filming outdoors.

Are you excited about the new Disney+ Star Wars series?

Roger has been a Disney fan since he was a kid and this interest has grown over the years. He has visited Disney Parks around the globe and has a vast collection of Disney movies and collectibles. He is the owner of What's On Disney Plus & DisKingdom. Email: Roger@WhatsOnDisneyPlus.com Twitter: Twitter.com/RogPalmerUK Facebook: Facebook.com/rogpalmeruk
View all posts
Tags: andor, kenobi, star wars