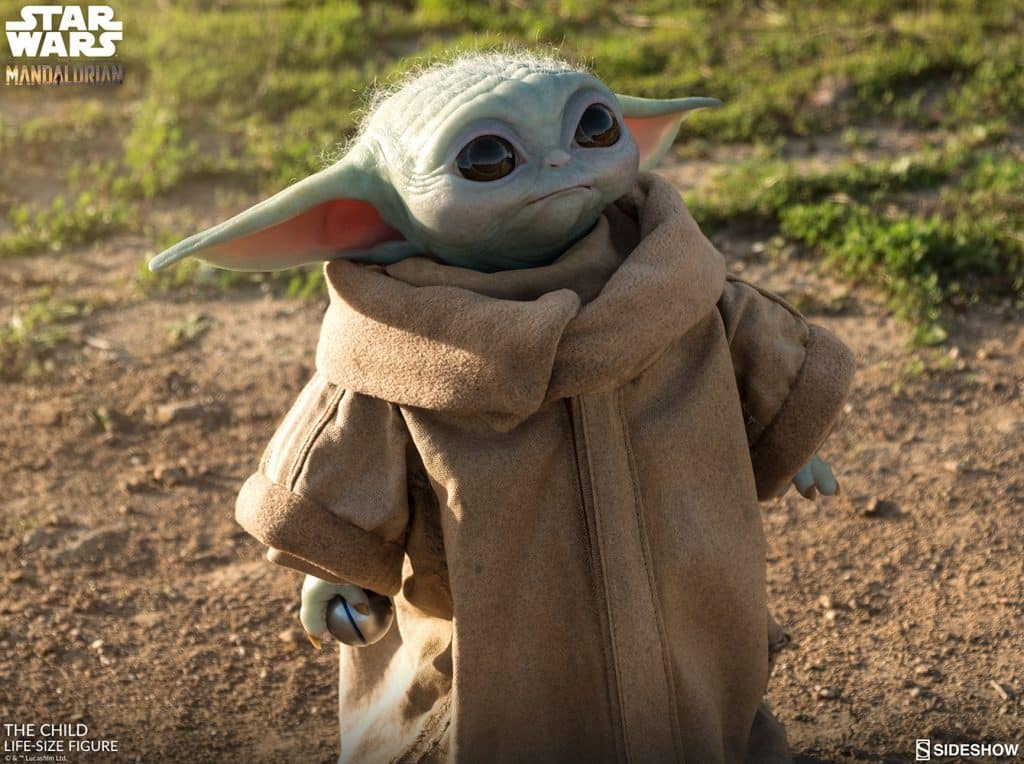 If you loved “The Mandalorian’s” Baby Yoda, Sideshow Collectibles has announced a new life sized “The Child” figure.  This figure will be released between August and October.  It’s priced at $350.

Lovingly referred to by audiences as ‘Baby Yoda’, the mysterious alien known as The Child has quickly become the breakout fan-favorite of Star Wars: The Mandalorianon Disney+. Now eager collectors can become a clan of two and bring home the asset as an incredible 1:1 scale Star Wars collectible, no tracking fob needed.

The Child Life-Size Figure measures 16.5” tall, standing on a simple black podium base that lets this adorable alien steal all of the focus- along with the Mandalorian’s ship parts. Inspired by its unique onscreen appearance, this mixed media statue features a tan fabric coat swaddling The Child as it gazes up with charming wide eyes, hiding the silver shift knob from the Razor Crest™ in its right hand.

Every inch of this incredibly lifelike figure has been meticulously detailed to recreate everything that Star Wars fans love about the young alien, from the fuzz on its wrinkled head to its irresistible pout, all the way down to its tiny, toddling feet. Fans looking to bring home The Mandalorian collectibles need look no further- bounty hunting is a complicated profession but collecting the galaxy’s cutest alien has never been easier!

Here are some photos of “The Child”: 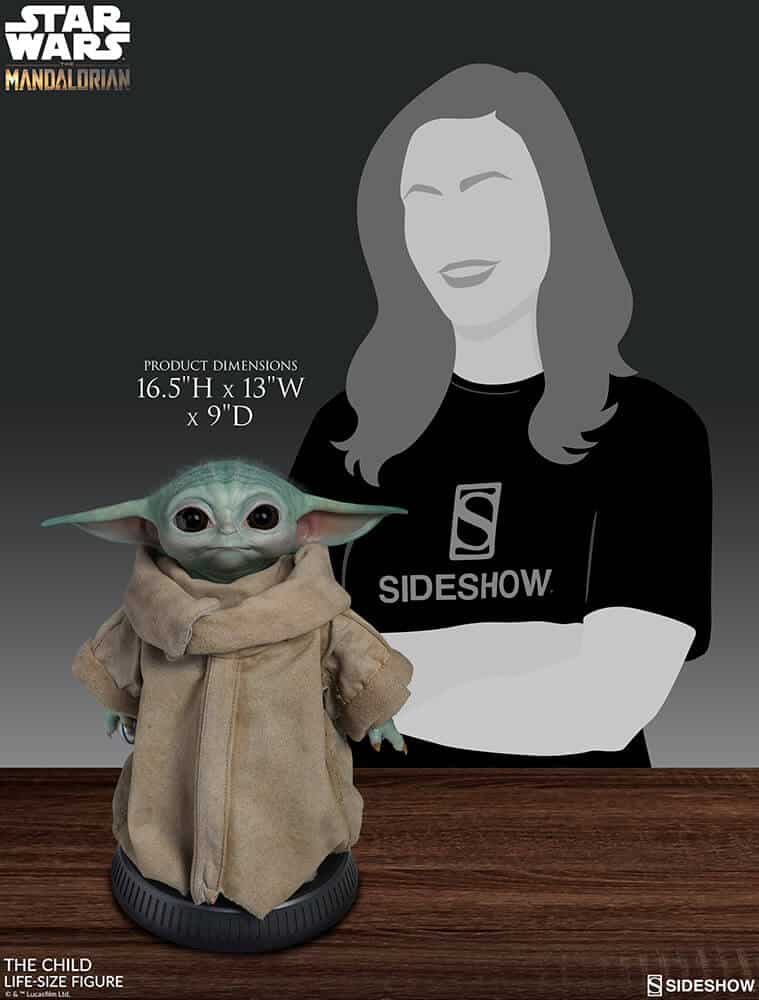 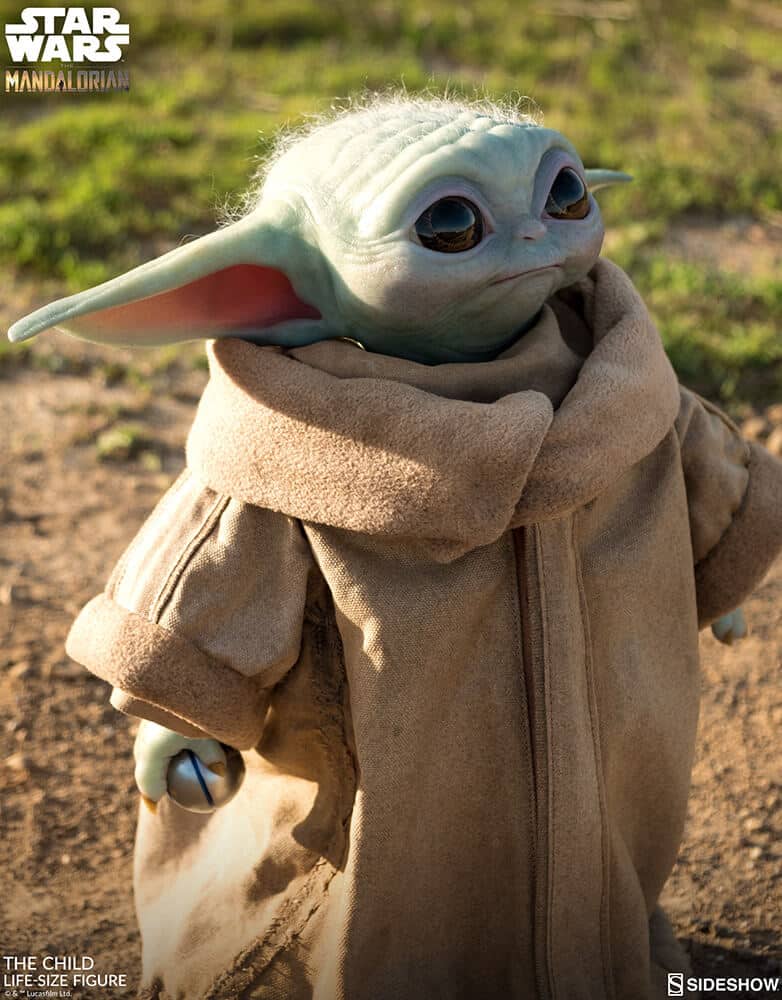 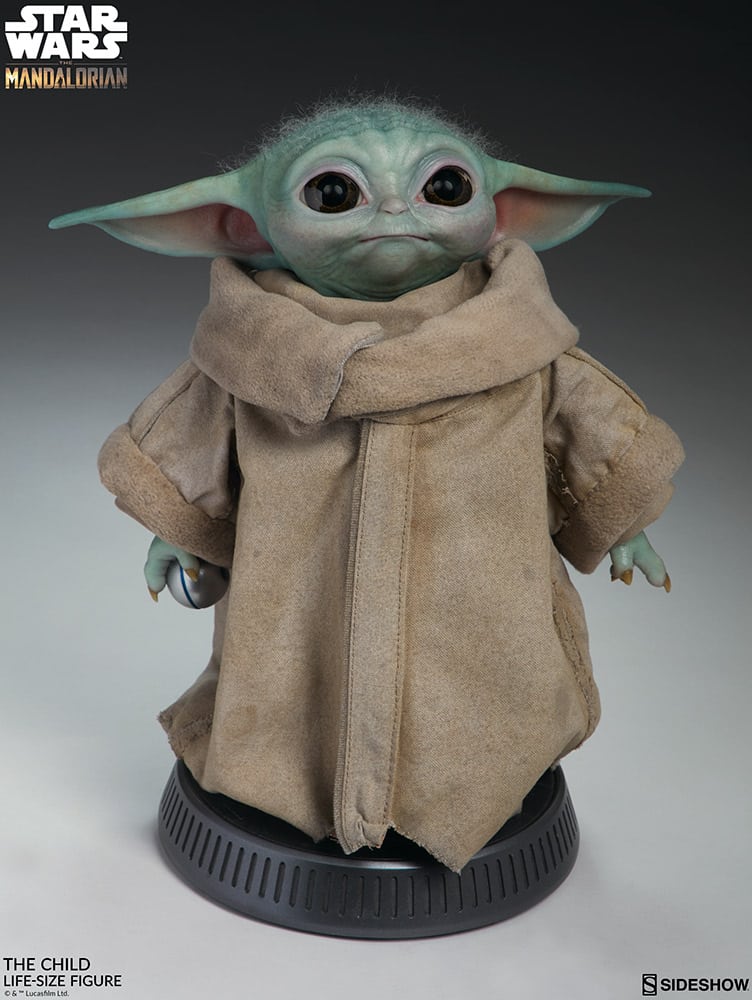 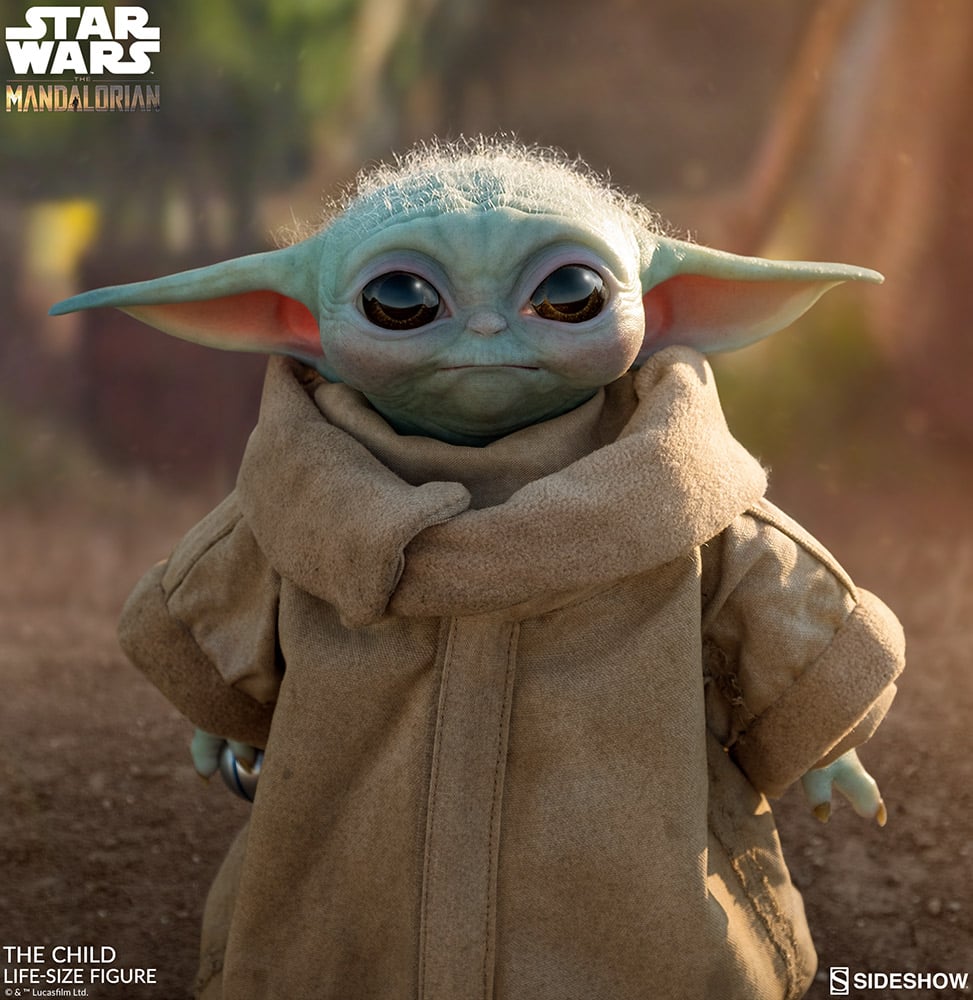 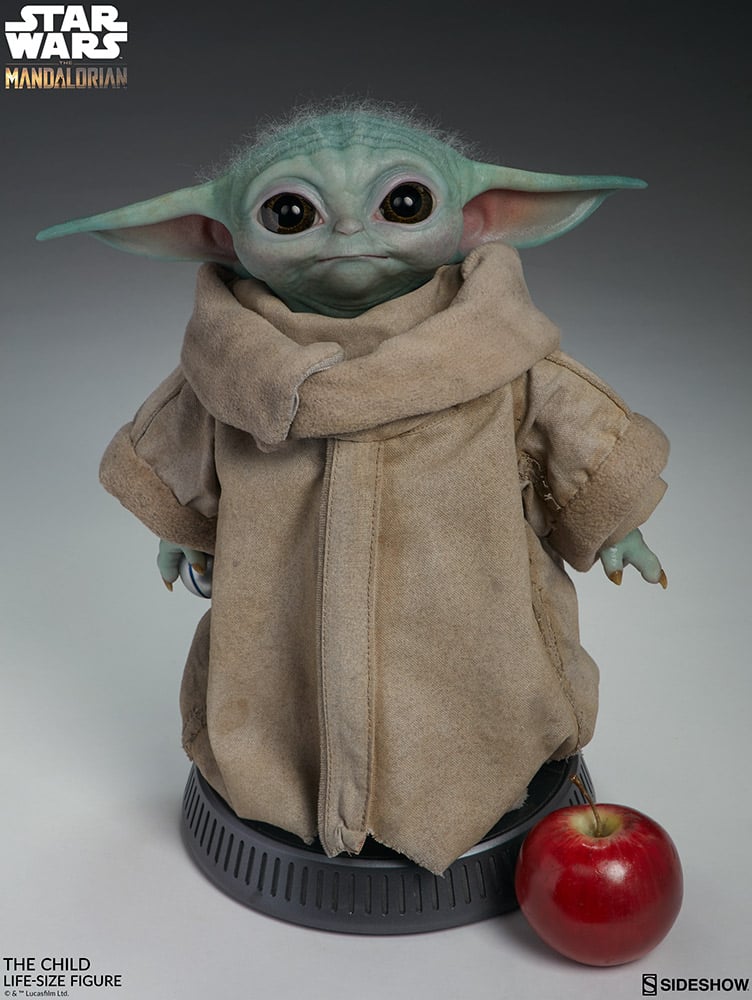 You can pre-order this life sized “The Child” now from Sideshow Collectibles.

What do you think of this “Baby Yoda” figure? 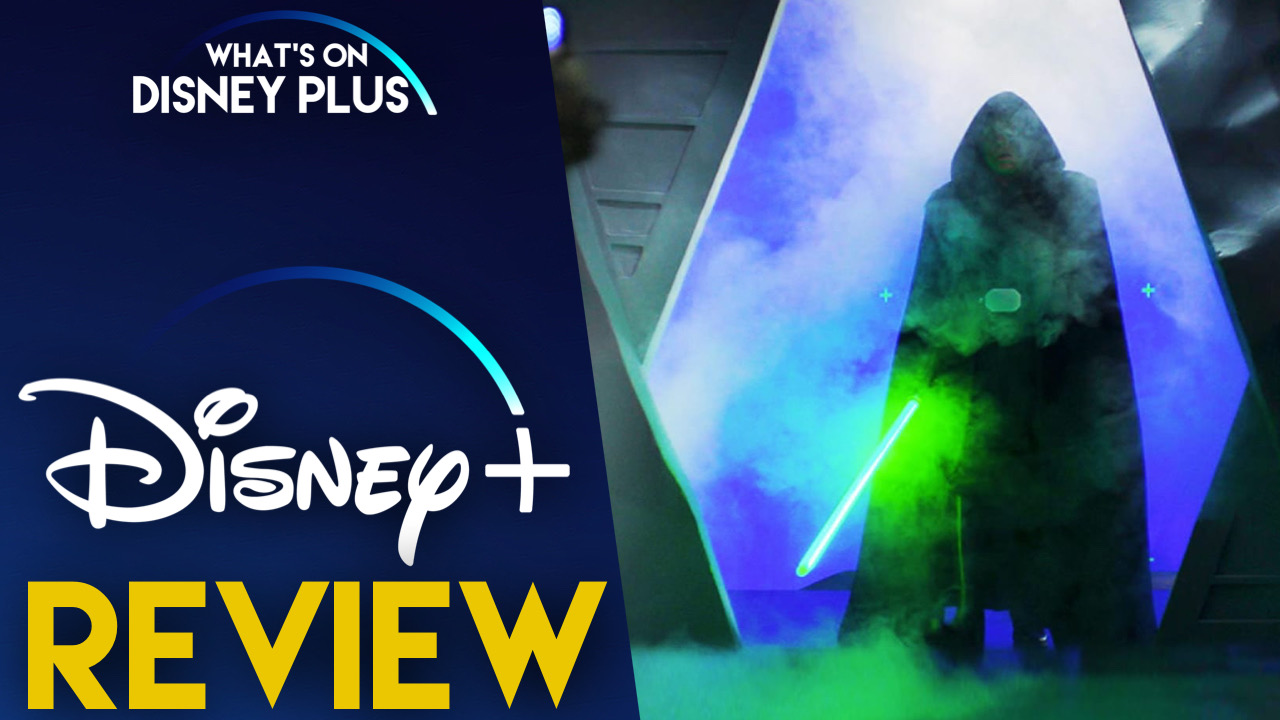