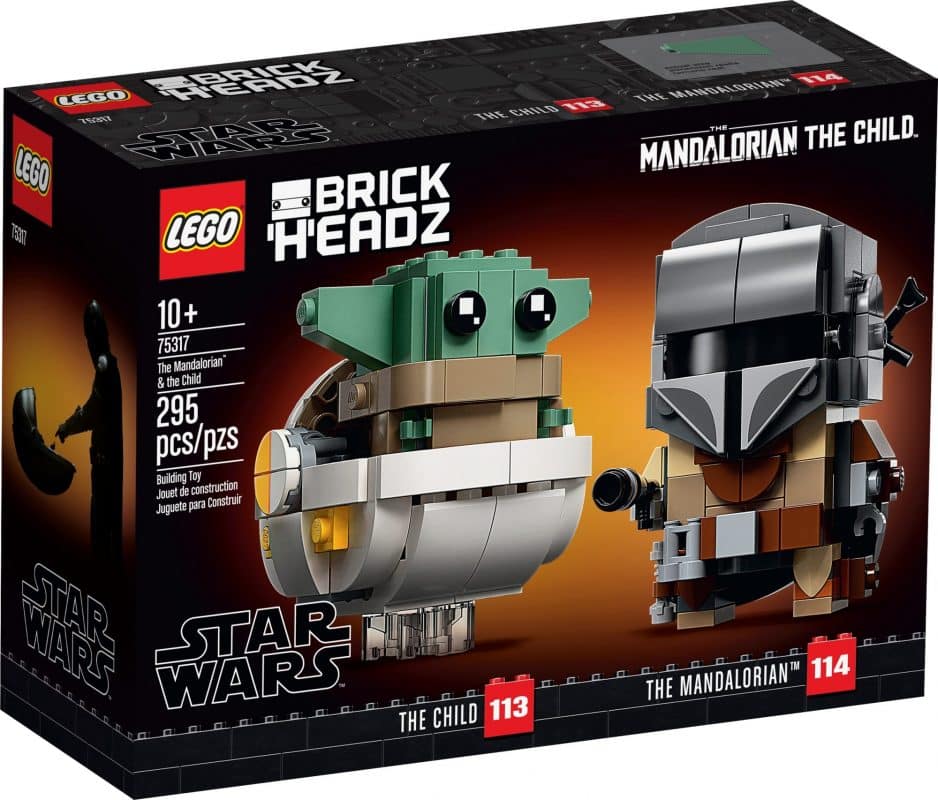 It’s the start of a new month and that’s when LEGO release their newest sets, with this month’s newest set featuring “The Mandalorian” and “The Child” from the hit Disney+ series, Star Wars: The Mandalorian.

It is priced at $19.99 and it includes 295 pieces.  This set can be purchased from retailers including Amazon and LEGO.

Here is a better look at this new Mandalorian LEGO set:

You can purchase this Star Wars: The Mandalorian Brickheadz set from retailers including Amazon and LEGO.