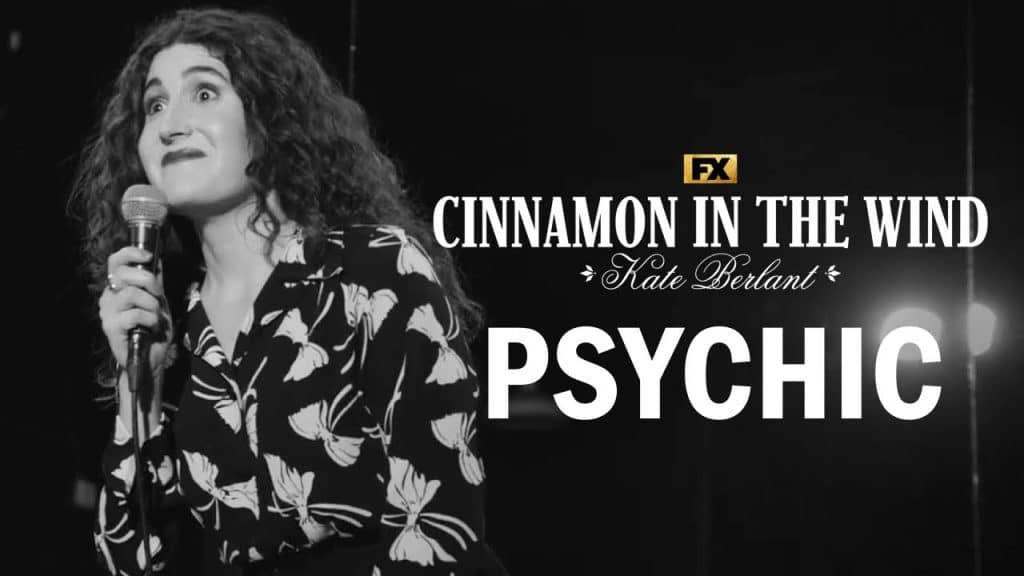 Disney has announced that the FX Comedy Special “Kate Berlant: Cinnamon in the Wind” is coming to Disney+ in Australia and New Zealand on Friday, 18th November 2022.

In her first live solo standup special, filmed in 2019, Kate Berlant (KATE, Would It Kill You to Laugh?, A League of Their Own) performs an absurdist set, in an intimate space, shared not only with the audience but the mirror reflection of herself. Directed by Bo Burnham, Kate’s special distorts audience’s expectations to her comedy, while also exploring her clairvoyant connection to the crowd and her inability to stop performing.

Will you be checking out this comedy special?

Roger has been a Disney fan since he was a kid and this interest has grown over the years. He has visited Disney Parks around the globe and has a vast collection of Disney movies and collectibles. He is the owner of What's On Disney Plus & DisKingdom. Email: Roger@WhatsOnDisneyPlus.com Twitter: Twitter.com/RogPalmerUK Facebook: Facebook.com/rogpalmeruk
View all posts
Tags: Kate Berlant: Cinnamon in the Wind"