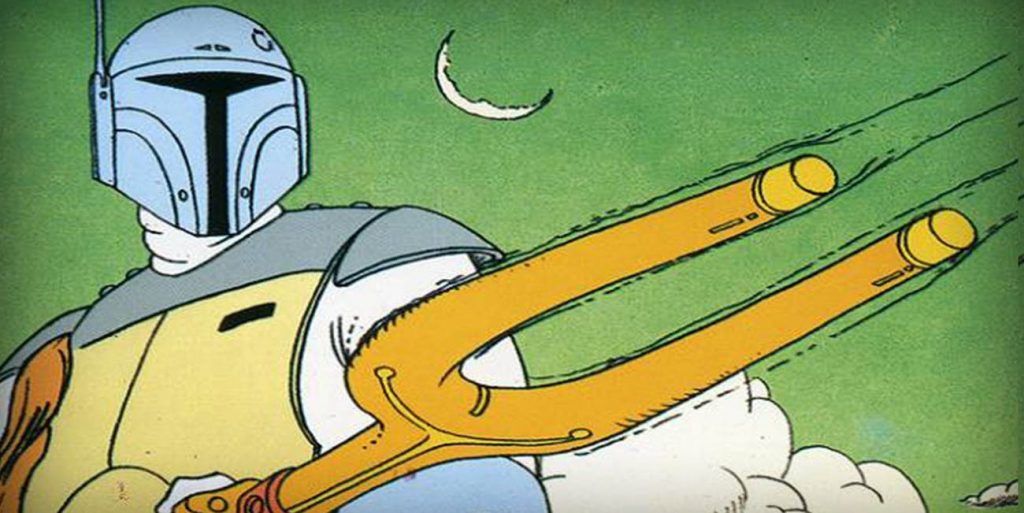 Disney+ is set to launch on November 12th and will include a wide selection of content including the Star Wars movies.   But there are many doubts about the addition of the “infamous” Star Wars Holiday Special from 1978, which actually introduced the character Boba Fett.  Since Lucasfilm hasn’t re-released it since it originally aired.

During a recent interview with E, Jon Favreau revealed that he would love to do a Star Wars Holiday Special on Disney+.

“I was the one bringing The Holiday Special to the table, that’s my generation.  I love The Holiday Special — certain sequences more than others — but I love the introduction of Boba Fett and that rifle that he had. That animated piece still holds up. It’s pretty cool. I draw inspiration from that. I would love to… someday maybe someday on Disney+ we’ll do a Holiday Special, too. I gotta pitch that to them.”

Catch the full interview below:

The interview took place at the 45th annual Saturn Awards, with Jon Favreau and Gina Carano backstage. Jon Favreau is the executive producer and creator of the upcoming Disney+ exclusive series, Star Wars: The Mandalorian, which will begin streaming on November 12th.

What do you think of a new Star Wars Holiday Special?

Roger has been a Disney fan since he was a kid and this interest has grown over the years. He has visited Disney Parks around the globe and has a vast collection of Disney movies and collectibles. He is the owner of What's On Disney Plus & DisKingdom. Email: Roger@WhatsOnDisneyPlus.com Twitter: Twitter.com/RogPalmerUK Facebook: Facebook.com/rogpalmeruk
View all posts
Tags: disney, star wars, the mandarlorian