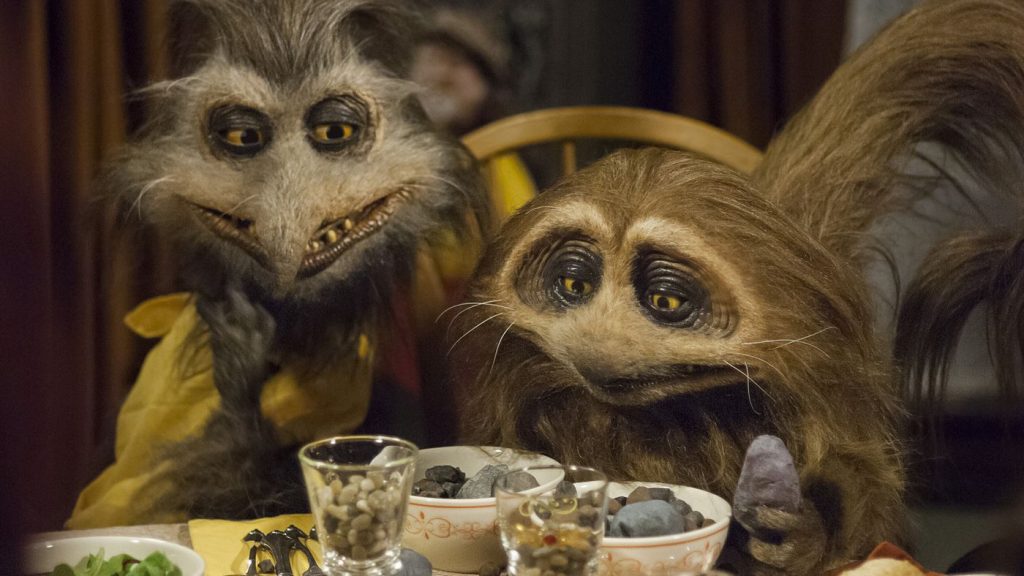 Disney has announced that the Lifetime Original Movie “Jim Henson’s Turkey Hollow” will be coming to Disney+ in the United States on Friday 10th February 2023.

The movie follows the story of the Emmerson family, recently divorced father Ron (Jay Harrington) and his kids Tim (Graham Verchere) and Annie (Genevieve Buechner), as they head to the quaint town of Turkey Hollow to spend a rustic Thanksgiving at the farm of Ron’s eccentric Aunt Cly (Mary teenburgen). Surprised by the lack of internet and technology in Turkey Hollow, Tim and Annie soon find themselves swept up in tracking the “Howling Hoodoo,” an elusive monster that, up until now, Turkey Hollow residents have long dismissed as mere legend. The Thanksgiving holiday threatens to take a bleak turn when a scheming neighbor frames Aunt Cly for turkey theft, but the fractured family teams up with some surprising new friends to save the day.

The was initially released on Lifetime for Thanksgiving in 2015 and was adapted from an unproduced 1968 treatment by Jim Henson and Jerry Juhl called “The Musical Monsters of Turkey Hollow”.

“Turkey Hollow” is one of many new additions to Disney+ that are coming from Lifetime, that are part of A+E, which Disney owns half of.

Will you be checking out “Turkey Hollow” when it arrives on Disney+?

Roger has been a Disney fan since he was a kid and this interest has grown over the years. He has visited Disney Parks around the globe and has a vast collection of Disney movies and collectibles. He is the owner of What's On Disney Plus & DisKingdom. Email: Roger@WhatsOnDisneyPlus.com Twitter: Twitter.com/RogPalmerUK Facebook: Facebook.com/rogpalmeruk
View all posts
Tags: turkey hollow