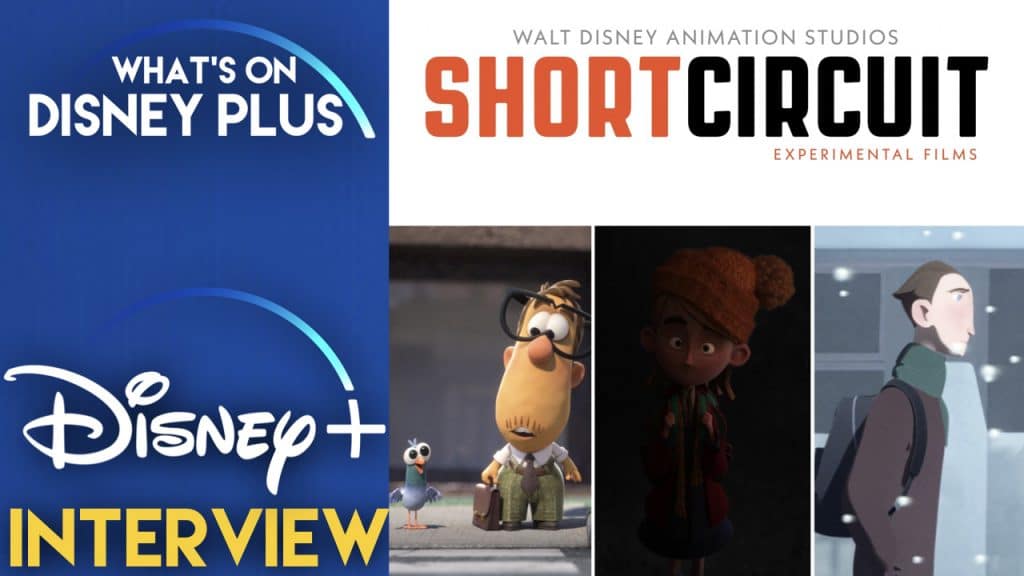 Disney is releasing a second batch of new shorts as part of its “Short Circuit” program. Ahead of the launch of the new shorts, I got to speak to Jacob Frey, who directed “Going Home”, Ryan Green who directed “Crosswalk” and Liza Rhea, who directed “No. 2 to Kettering”.

Short Circuit, Walt Disney Animation Studios’ innovative and experimental short film program where anyone at the Studio can pitch an idea and potentially be selected to create their own short. This new selection of short films by a group of filmmakers hailing from various departments throughout Disney Animation explores five unique visual and storytelling styles.

Roger has been a Disney fan since he was a kid and this interest has grown over the years. He has visited Disney Parks around the globe and has a vast collection of Disney movies and collectibles. He is the owner of What's On Disney Plus & DisKingdom. Email: Roger@WhatsOnDisneyPlus.com Twitter: Twitter.com/RogPalmerUK Facebook: Facebook.com/rogpalmeruk
View all posts
Tags: interview, short circuit