What's On Disney Plus > Blog > Brands > Star Wars > Is Uncle Owen Coming Back For The Disney+ Obi-Wan Kenobi Series?

At the D23 Expo in August, Disney confirmed a new Disney+ Original series based on Obi-Wan Kenobi would be coming to the new streaming service.  And it looks like one of the actors from the prequels could be returning.

Recently MTV News correspondent, Josh Horowitz, spoke with Joel Edgerton, who played a young Owen Lars and he tweeted this about their meeting:

Caught up with Joel Edgerton today (check out THE KING! I really enjoyed). I have almost no doubt based on his coy evasiveness that he will be in the Obi Wan Disney+ series. I’ve seen many an actor playfully evade. I’m placing a big bet that Owen will be back.

The new Obi-Wan series is set 8 years after the events of “Revenge of the Sith”, which would make Luke Skywalker 8 years old, so a scene involving Uncle Owen on Tattoonie wouldn’t be too much of a stretch.  Especially as in the comic books, Obi-Wan still gets involved in Luke’s life, such as helping him win races and leaving gifts of vehicle parts for him. 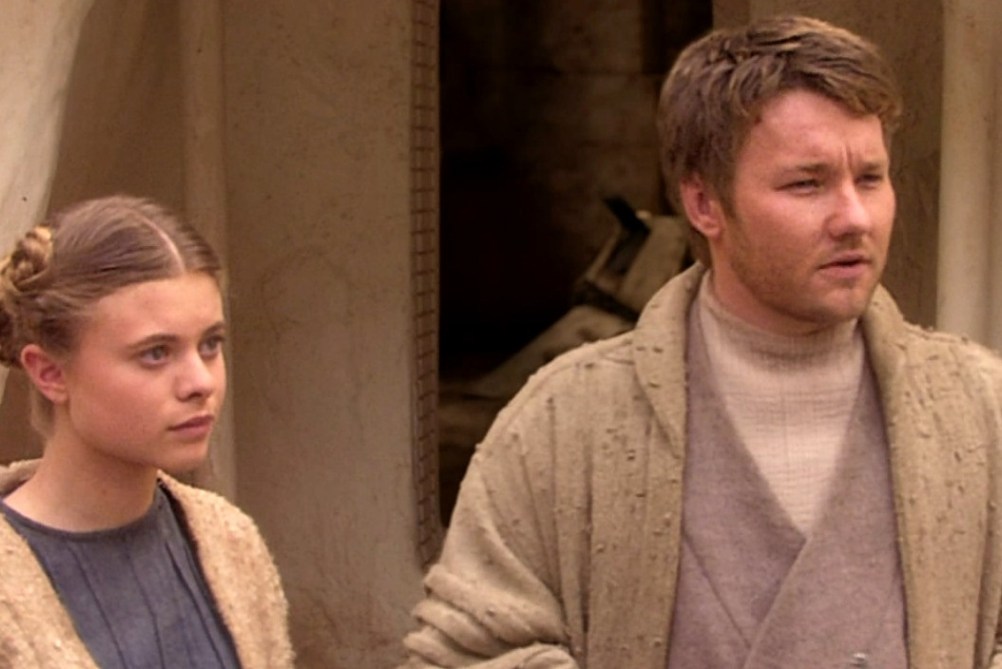 While this report shouldn’t be taken as confirmed, adding him to the series would help continuity between the series and movies. And the has previously mentioned that he would love to come back to the Star Wars universe to replay the character.

“I like the idea that Uncle Owen is one of those guys who has done some super cool s— but has just never bragged about it. My idea is that he could go out and have some adventure and then he comes back and slips back into that unassuming moisture farmer role. Everyone talks about Obi-Wan being super cool, Owen secretly knows that he was there, and he did some of the cool s—, too.”

Would you like to see Uncle Owen return for the Disney+ Series?