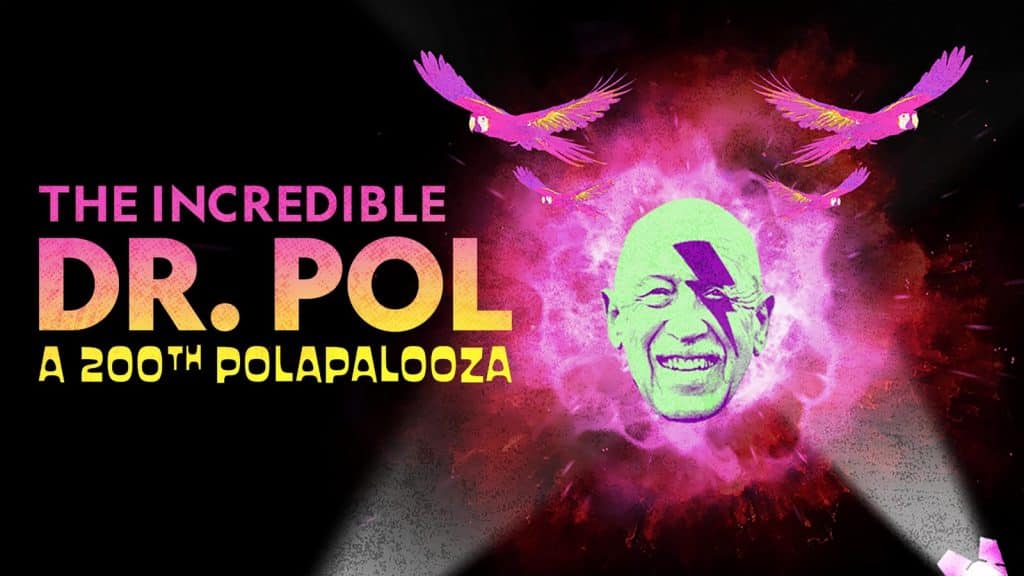 Disney has announced that the National Geographic special, “Incredible Dr. Pol: A 200th Polapalooza” is coming to Disney+ in the United States on Friday 22nd July 2022.

The one and only Dr. Pol has hit an incredible milestone – 200 episodes! Stroll down memory lane as we look back on highlights from the last decade. Doc, Charles & Diane join in on the fun, watching & reacting to these unforgettable moments right alongside you. Plus, get a first look at never-before-seen footage from the series. It’s two jam-packed hours of nonstop Pol-ness you don’t want to miss!

This special recently aired on the Nat Geo Wild channel.

Previous seasons of the “Incredible Dr Pol” are available to stream on Disney+ now.  The series is about Dr. Pol, an expert in large farm animals and pets. This senior is anything but retiring as he takes an old-school, no-nonsense approach to veterinary medicine. Nat Geo WILD follows The Incredible Dr. Pol as he travels across rural Michigan to care for every family pet and head of livestock in need of his expertise and kindness. Treating numerous patients, including horses, pigs, cows, sheep, alpacas, goats, cats, dogs and even an occasional reindeer, Dr. Pol is not your average vet.

Will you be checking out this “Dr Pol” special this weekend?

Roger has been a Disney fan since he was a kid and this interest has grown over the years. He has visited Disney Parks around the globe and has a vast collection of Disney movies and collectibles. He is the owner of What's On Disney Plus & DisKingdom. Email: Roger@WhatsOnDisneyPlus.com Twitter: Twitter.com/RogPalmerUK Facebook: Facebook.com/rogpalmeruk
View all posts
Tags: incredible dr pol

“The Incredible Dr. Pol” Season 20 Coming Soon To Disney+ (US)