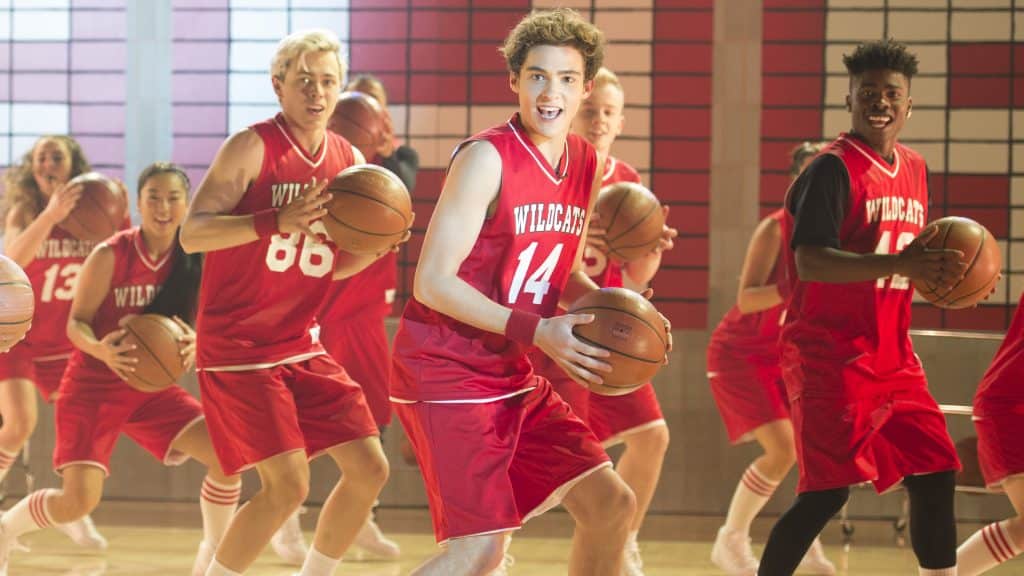 The penultimate episode of the first season of High School Musical: The Musical – The Series, finally gets to the point of the show where we see them performing the musical and without doubt, they’ve try to make this performance the best it can possibly be.  The “stage” portion of the musical, looks and sounds fantastic, bringing the series much more into the “High School Musical” universe, which has been lacking in previous episodes.   But this one really pulls in on the original , especially as they perform “Getcha Head in the Game” and  “Stick to the Status Quo’, which really lets the cast show off their incredible talents, because its a wonderful performance.  And the musical sections look like a very high quality production, especially for a “High School”, but it works within the confines of the show, as it helps separate it from the usual scenes.

All the small storyline threads have slowly been leading up to this moment and I think it has delivered much more than I was expecting.  The characters all feel much more realistic and down to earth than anything we’ve seen in the movies.  And that’s where this series has had the time to shine, with this being the ninth episode, we’ve had longer to get to know the characters and what is going on in their lives, which makes it all the more interesting.

Seeing the heartbreak on Ricky’s face when he sees his mom with her new boyfriend, which completely throws him off and in an act of pure unselfishness, steps aside to make sure Nini gets her chance to shine.  And this wasn’t the only bit of heartbreak, as seeing Gina come back and getting the love from the group, though having Ricky act a little awkward makes sense from his point of view, but I was kinda hoping he would pick Gina instead!

So many of the characters have been given room to breath and this episode left me wanting more, I wanted to go straight into the finale, will Red and Ashlyn get together?  Will the Robotics teacher hook up with Ms Jen?  Will EJ suck as Troy?  I’m completely invested in this show and am super happy the second season is coming this Fall.

Once again, High School Musical: The Musical – The Series continues to impress me and is my guilty pleasure, its full of teen angst and is total cheese, but I love it.  The performances of the actors involved is fantastic and I’m really glad I was wrong about this show, its one I would easily recommend and if you haven’t done so, get on it now before the finale on Friday!