Now that HBO’s Game Of Thrones has finished, it seems like many of the talented crew are moving to work in a Galaxy Far Far Away, as Game of Thrones concept artist Kieran Belshaw revealed on Instagram that he is starting work on a new TV series this week. 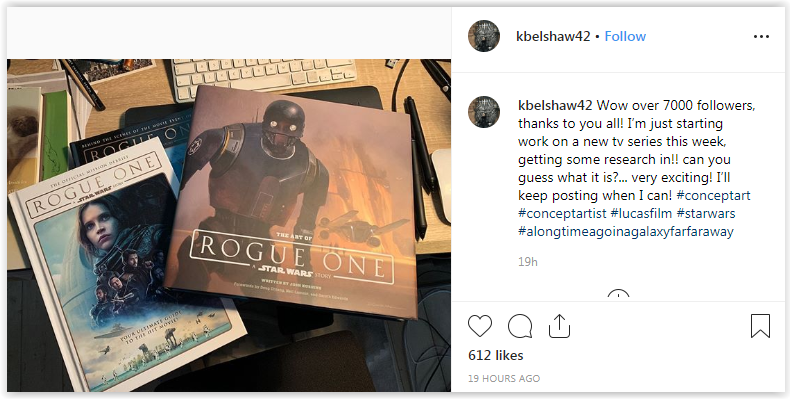 In this image, we can see him researching Rogue One: A Star Wars Story, which we know is getting a spin-off prequel series for Disney+ starring Diego Luna as Captain Cassian Andor and the droid, K-2SO.

Unfortunately the post was then removed by Kieran Belshaw, which probably means he wasn’t suppose to let people know about this new series, which is due to come to Disney+ in the second year of operation.

Hopefully soon we will get to know more about the new Rogue One prequel, but I wouldn’t expect to know much this side of the release of Star Wars: Episode IX and The Mandalorian.