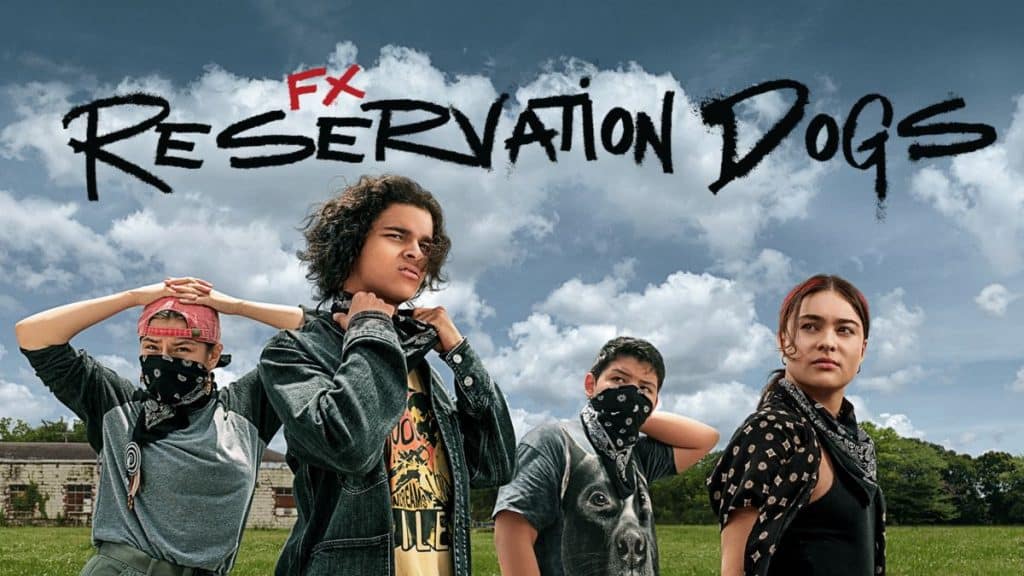 Disney’s FX has renewed the award-winning “Reservation Dogs” for a third season. The series is released on Hulu in the United States and as a Star Original on Star+ in Latin America and on Disney+ around the world.  It will be released in 2023.

This series is filmed on location in Okmulgee, Oklahoma, Reservation Dogs is a breakthrough in Indigenous representation on television, both in front of and behind the camera. Every writer, director and series regular on the show is Indigenous. This first-of-its-kind creative team tells a story that resonates with them and their lived experiences.

In its first season, Reservation Dogs landed on 80+ critics’ year-end best lists, won The Gotham Award for “Breakthrough Series – Short Form,” won two Independent Spirit Awards, was honored as one of AFI’s Television Programs of the Year and won a Peabody Award. The show is also among seven programs recognized in 2022 by the Television Academy as part of its 15th Television Academy Honors, showcasing exceptional television programs and their producers who have leveraged the power of television to fuel social change.

“Reservation Dogs continues its remarkable run with critics, fans and awards all recognizing the singular brilliance of the series created by Sterlin Harjo and Taika Waititi. FX is proud to join with our partners at Hulu to order a third season featuring the amazing cast and all of the artists who deliver one of the most original, engaging and funny shows on television.”

“I couldn’t be more proud of this show that I created with my friend Taika Waititi. It was born out of a conversation in Taika’s kitchen and has now made its way into the lives of people across the world. The love for season 2 has been outstanding. Thank you to FX for ordering season 3, excited to bring you more laughter and love from the Rez. Ahoooo!”

Are you looking forward to a third season of “Reservation Dogs”?

Roger has been a Disney fan since he was a kid and this interest has grown over the years. He has visited Disney Parks around the globe and has a vast collection of Disney movies and collectibles. He is the owner of What's On Disney Plus & DisKingdom. Email: Roger@WhatsOnDisneyPlus.com Twitter: Twitter.com/RogPalmerUK Facebook: Facebook.com/rogpalmeruk
View all posts
Tags: fx, reservation dogs