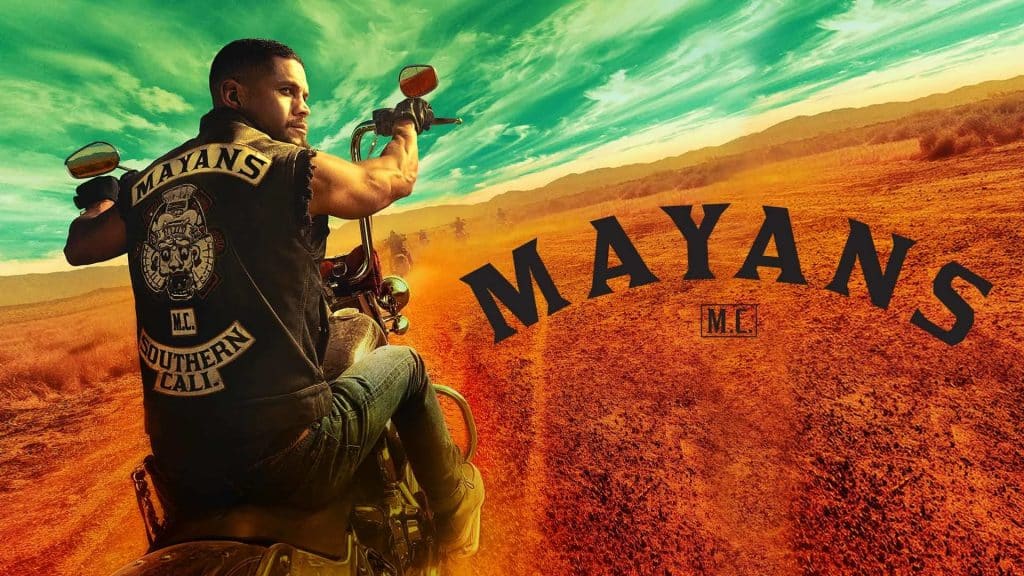 Disney’s FX held a panel at the San Diego Comic-Con for its hit series, “Mayans M.C”, which follows the life of Ezekiel “EZ” Reyes, a newly patched member of the Mayans M.C. charter on the California/Mexico border. Once a golden boy with the American Dream within his grasp, EZ and his brother Angel are closer than ever after uncovering the truth behind their mother’s murder. Faced with carving out a new identity for himself in his small town, EZ’s need for vengeance drives him toward a life he never intended. Meanwhile, their father Felipe struggles to reconcile the choices he and his sons have made.

During the panel, it was confirmed that the series had been renewed for a fifth season.   No release window for this new season has yet been announced.

Deadline is also reporting that one of the show’s co-creator Elgin James, has signed a new multi-year overall deal with 20th Television.

In a statement, Elgin James said:

“20th is my home.  Dana, Karey and Jane are family who’ve always championed, supported, and challenged me to get the best out of myself. I’m so incredibly grateful to them and to all of the 20th team. I can’t wait to see what we’re able to create together moving forward. And every single member of the Mayans family, from our top of the call sheet to our set PAs and every single person in between have put their blood and sweat into making Mayans something special on the set and on the screen. I’m deeply indebted to John, Eric, Nick and all of FX (particularly Colette Wilson who’s been in the trenches with us from day one) for allowing us to continue to explore and create.”

“Mayans M.C.” first premiered in September 2018. The series comes from 20th Television and FX Productions, with Kurt Sutter and James serving as co-creators and co-executive producers.

The previous four seasons of “Mayans M.C” are available now on Hulu and on Disney+ in many countries, including Canada.