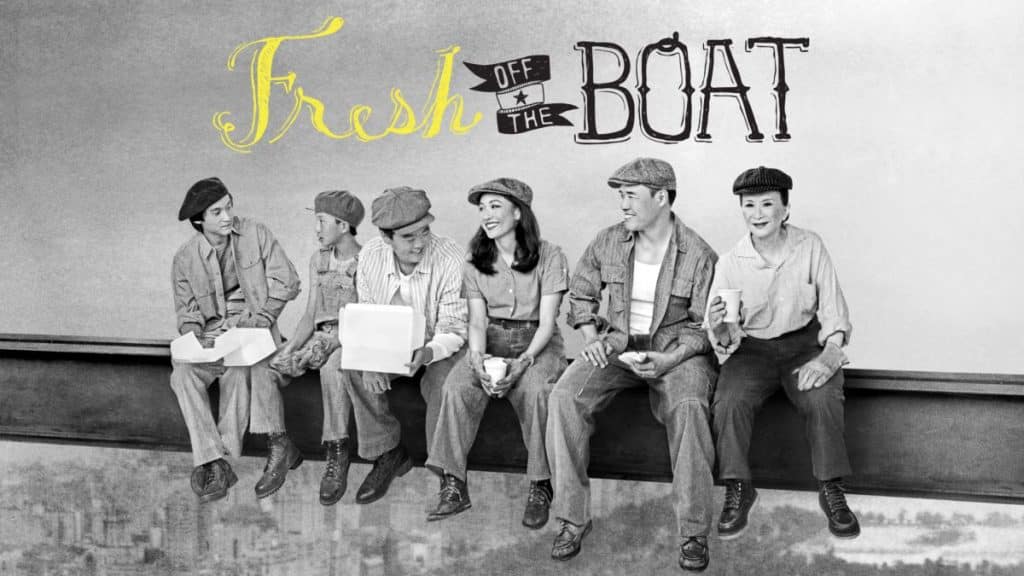 Disney has announced that all six seasons of the popular 20th Television comedy series, “Fresh Off The Boat” is coming to Disney+ in Canada on Wednesday 4th May 2022.

It’s 1995 and eleven-year-old hip-hop loving Eddie Huang and his family moves from Washington, DC to Orlando, Florida. The move is precipitated by Eddie’s dad, Louis, who is the new, proud owner-operator of “Cattleman’s Ranch,” an “All-American” Steakhouse, but Louis is hiding the fact that business isn’t as booming as he had hoped – or promised his finance-driven wife, Jessica – it would be. While Eddie’s first day of school is rough – thanks in part to his brown-bag Asian lunch and his predominantly white classmates – he remains undaunted, thanks in part to his Three-Point Plan: “First, get a seat at the table. Second: Meet Shaq. Third, Change the game… possibly with the help of Shaq.” And all he needs to set his plan in motion is a “white lunch.” Meanwhile, Louis thinks the key to solving his business woes lies in hiring Mitch, a Caucasian host, to greet his mostly white customer base, and Eddie is about to learn that despite feeling alone in his new world, he always has the love and support of his family to back him up… and that he doesn’t need to pretend to be someone else in order to belong.

“Fresh Off The Boat” is already available on Disney+ in some other countries including Australia and New Zealand.

Are you looking forward to watching “Fresh Off The Boat” on Disney+?

Roger has been a Disney fan since he was a kid and this interest has grown over the years. He has visited Disney Parks around the globe and has a vast collection of Disney movies and collectibles. He is the owner of What's On Disney Plus & DisKingdom. Email: Roger@WhatsOnDisneyPlus.com Twitter: Twitter.com/RogPalmerUK Facebook: Facebook.com/rogpalmeruk
View all posts
Tags: canada, fresh off the boat