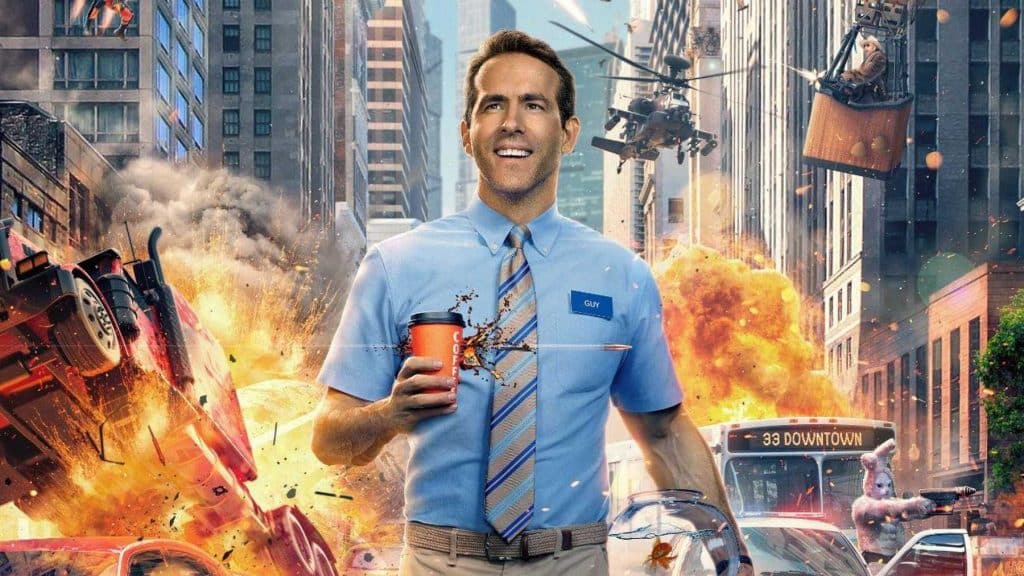 Disney has released a new trailer teaser for the upcoming 20th Century Studios movie, “Free Guy”, announcing that a all new trailer will be released on Monday.

“Free Guy” is due to arrive in cinemas on 11th December, though the trailer teaser does have a joke about the release date possibly changing.

In this epic adventure-comedy “Free Guy,” a bank teller who discovers he is actually a background player in an open-world video game, decides to become the hero of his own story…one he rewrites himself. Now in a world where there are no limits, he is determined to be the guy who saves his world his way…before it is too late.

While 20th Century Studios are contracted to HBO in the United States due to an existing deal, internationally this isn’t the case, with many recent titles arriving on Disney+.

Are you looking forward to “Free Guy”?