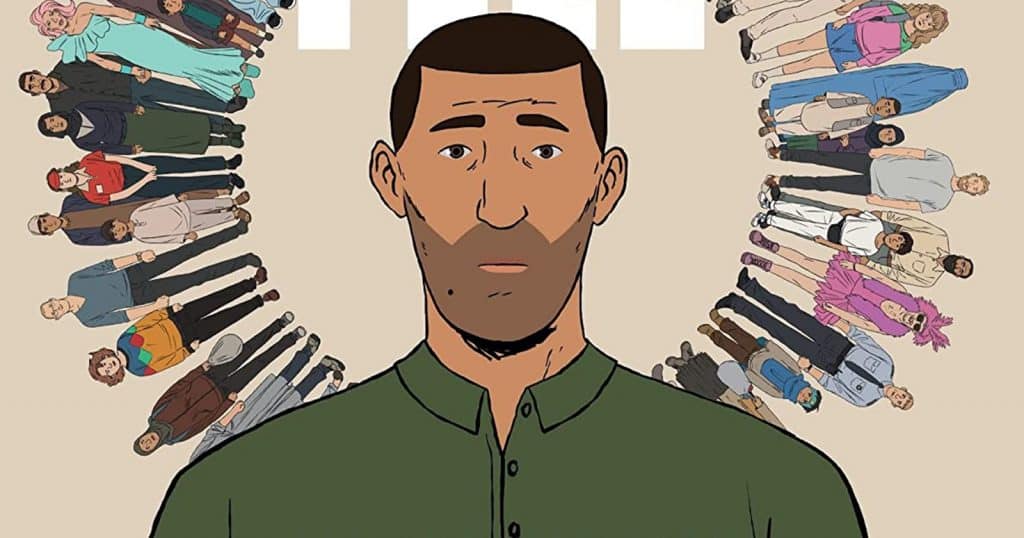 Disney has announced that the award-winning, critically acclaimed Flee will debut on Disney+ in the UK and Ireland on 15th July. A powerful and innovative animated documentary exploring the refugee experience from the inside, giving a voice to one man’s moving story. Told mostly through animation, Flee weaves together a stunning tapestry of images and memories to tell the deeply affecting story of a man grappling with his traumatic past in order to find his true self and the real meaning of home.

The film is director Jonas Poher Rasmussen’s first foray into the realm of animated documentary and tells the story of his childhood friend’s extraordinary physical and emotional journey from Afghanistan to finally building a new home in Denmark.  The pseudonymous Amin Nawabi’s identity is protected by Rasmussen’s use of animation, with this device becoming a fitting metaphor for the truths we present to the world. Having known each other since they were fifteen years old, Amin and Rasmussen are close friends, but it was only through making this film that Rasmussen learned the real details of his friend’s journey.

Throughout a series of recorded interviews, Amin tells of his childhood in Afghanistan and the circumstances that forced him and his family to flee when the Mujahideen came to power, finally finding a home in Denmark where he was eventually able to express his sexuality. Now, about to marry his partner, Amin decided he was ready and able to tell his whole story.

Flee echoes the storytelling of the award winning Waltz With Bashir – Ari Folman’s 2008 animated documentary, depicting Folman in search of his lost memories of his experience as a soldier in the 1982 Lebanon War. Waltz With Bashir will land on Disney+ in the UK and Ireland on 1 July.

Waltz with Bashir was the first animated film to receive a nomination for an Academy Award and the second for the Golden Globe Award for Best Foreign Language Film. Folman won the WGA’s Best Documentary Feature Screenplay award and the DGA’s Outstanding Directorial Achievement in Documentary award for creating the film. Folman also received nominations for Annie Awards and BAFTA Awards for Best Animated Feature. 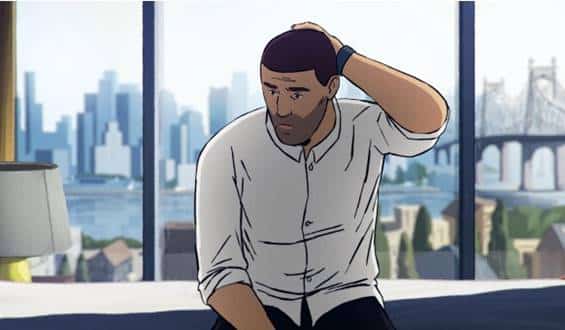 Meanwhile, Flee has won over 80 awards and received over 135 nominations, including winner of the Grand Jury Prize in the World Cinema Documentary section at Sundance. It won the award for Best Feature Film at the Annecy International Animation Film Festival. At the 2021 Toronto International Film Festival, the film was second runner-up for the People’s Choice Award for Documentaries. It was nominated for two Critics’ Choice Documentary Awards (Best Feature and Best Director). It won the National Board of Review’s NBR Freedom of Expression, received a nomination for Golden Globe Award (Best Animated Feature), two BAFTA nominations (Best Animated Film and Best Documentary), and three nomination for this year’s Academy Awards (Best Animated Feature, Best Documentary Feature and Best International Feature Film).

Flee was created by animation team Sun Creature, animation producer Charlotte De La Gournerie and produced by Signe Byrge Sørensen with Monica Hellström as Lead Producer. The two-dimension sequences were overseen by studio co-founder and animation director Kenneth Ladekjær. The black and white sequences were storyboarded by Simon Rouby and later animated by Gilles Cuvelier. Both films were released theatrically in the UK by Curzon Film.

Roger has been a Disney fan since he was a kid and this interest has grown over the years. He has visited Disney Parks around the globe and has a vast collection of Disney movies and collectibles. He is the owner of What's On Disney Plus & DisKingdom. Email: Roger@WhatsOnDisneyPlus.com Twitter: Twitter.com/RogPalmerUK Facebook: Facebook.com/rogpalmeruk
View all posts
Tags: flee