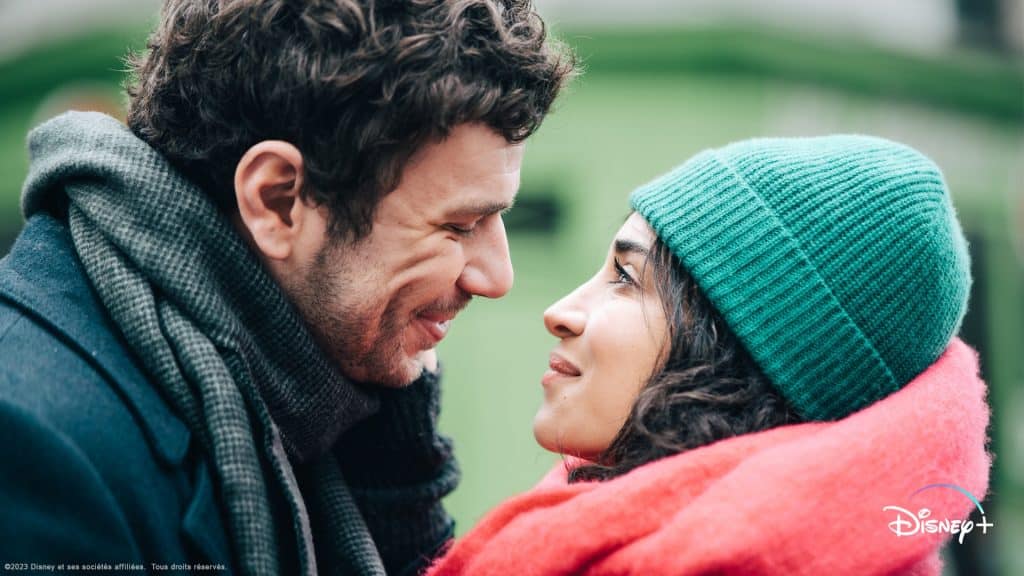 Disney has revealed some new details and a first-look image of the upcoming French Disney+ Original, “Irresistible”, which is coming to the streaming service in 2023.

The new series will star Camélia Jordana (“The Things We Say, Things We Do”, “The Brio”, “The Night Come”), who will play Adele. Also starring in the series will be Théo Navarro-Mussy (“Hippocrate”), Corentin Fila (“Mortal”), Simon Ehrlacher (“Plus belle la vie”, “Les Revenants”), Salomé Dewaels (“Luded Illusions”), and Zoé Schellenberg (My Heroine”)

The series will consist of six 30 minutes episodes and is a romantic comedy, that tells the story of Adèle, who is the creator of a successful podcast. She has a mutual love for Arthur, a mathematician. But as soon as she is in his presence, she is prone to violent panic attacks. There is no doubt about the diagnosis: Adele has post-traumatic stress syndrome, which is a direct consequence of her previous, love story. Adèle then has no choice but to stay away from Arthur. But the attraction is too strong…

“Irresistible” is being created by Clémence Madeleine-Perdrillat, who notably directed the writing of season 2 of the “En thérapie” series and was also co-creator of the series “Nona and her daughters”, screenwriter of the series “Nox” and “UFO(s)” and co-writer of “Les Gouttes d’Eau” and “Les Mauvais Garçons”.

Filming on the new series has just begun in Paris and is being produced by Arnaud de Crémiers within Jour Premier Production, Gaumont’s new subsidiary.

Roger has been a Disney fan since he was a kid and this interest has grown over the years. He has visited Disney Parks around the globe and has a vast collection of Disney movies and collectibles. He is the owner of What's On Disney Plus & DisKingdom. Email: Roger@WhatsOnDisneyPlus.com Twitter: Twitter.com/RogPalmerUK Facebook: Facebook.com/rogpalmeruk
View all posts
Tags: irrestiible