First Early Reviews For Star Wars: The Mandalorian Are Out

What's On Disney Plus > Blog > Brands > Star Wars > First Early Reviews For Star Wars: The Mandalorian Are Out 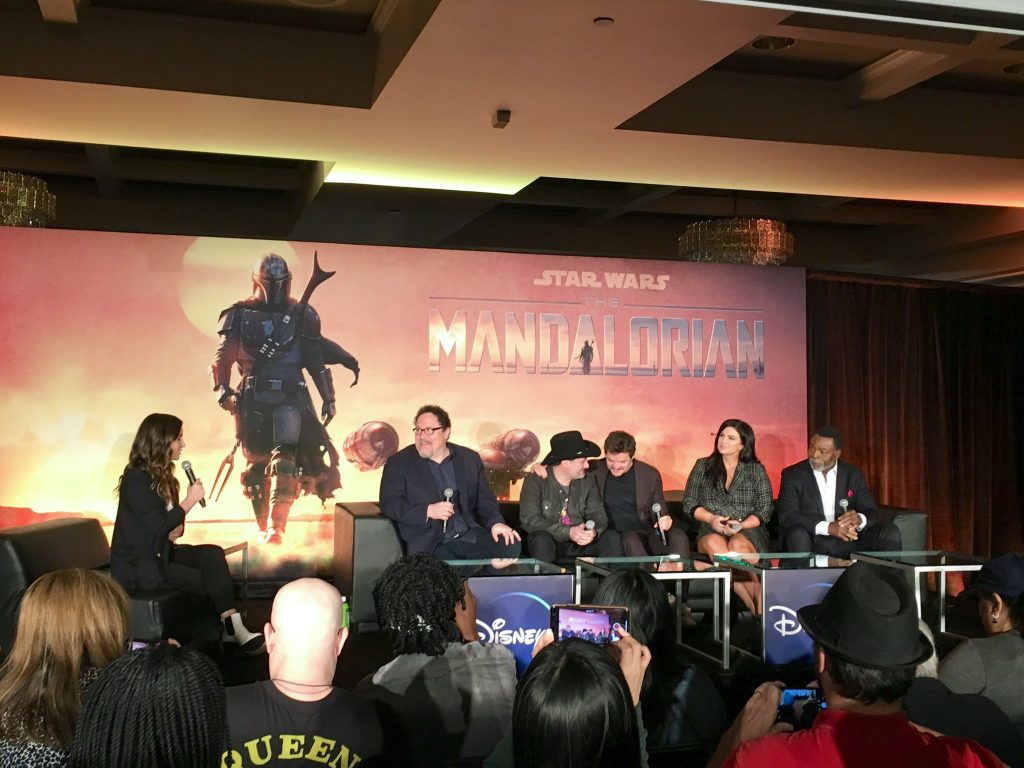 First Early Reviews For Star Wars: The Mandalorian Are Out

Disney held a special presentation to preview 27 minutes from the first season of the upcoming Star Wars Mandalorian Disney+ show.   A select few members of the press got to see some of scenes, as parts were edited, so they couldn’t spoil anything.

Full reviews for the upcoming episode will be coming at a later date, nearer the launch of Disney+.  But judging from these reactions, The Mandalorian is looking very good.

Wow. #TheMandalorian is completely amazing. Saw nearly a half hour of footage from what I was told were the first three episodes. Whoever you think Nick Nolte is … the answer will surprise you. pic.twitter.com/jh3CpZnMW2

Just screened 27 minutes of footage from #TheMandalorian! Everything I saw looked incredible. Feels completely different than anything we’ve seen in the #StarWars universe! pic.twitter.com/6LOdiq0BAD

Saw almost 30 minutes of #TheMandalorian footage this morning. It's truly incredible. It looks like the films, feels innately Star Wars, introduces new concepts, and adds layers that people have been waiting to see for a long time. pic.twitter.com/4JVB16pMAL

There’s a remarkable campfire scene in #TheMandalorian that’s quieter than anything I’ve seen in Star Wars. Just a group of rogues who mistrust each other, not speaking – just silently munching raw vidalia onions, occasionally pausing to mutter “that’s a juicy one”…I got chills

What a morning! I saw 30 minutes of footage from #TheMandalorian and all I have to say is, this is the epic Star Wars show we’ve been waiting years for. Please pardon my excitement. pic.twitter.com/Ow57rFJmQp

Reliving my childhood Saturday mornings watching Star Wars. The 30 so minutes of #TheMandalorian footage we saw was incredibly cool. The samurai-infused space western you've always wanted with an ice cold lead, a bunch of rad creatures, and a killer score @ludwiggoransson ✨ pic.twitter.com/FBcJf9II6P

The first episode of the Mandalorian will be coming to Disney+ on November 12th.