Disney’s National Geographic has released a brand new trailer for the documentary film, “Fire Of Love”. the award-winning feature documentary from director Sara Dosa (“The Seer and the Unseen”), Sandbox Films, Intuitive Pictures and Cottage M.

Produced by Dosa, Shane Boris and Ina Fichman, executive produced by Greg Boustead and Jessica Harrop, and edited by Erin Casper and Jocelyne Chaput, the Miranda July-narrated film premiered to rave reviews as the Day One selection of the U.S. Documentary Competition and won Sundance’s Jonathan Oppenheim Editing Award. It has since played at many prestigious festivals, including New Directors/New Films, Hot Docs, True/False, CPH:DOX and Doc10. It is currently “Certified Fresh” on Rotten Tomatoes with a rare 100% Critics Rating.

The film tells the extraordinary love story of intrepid French scientists Katia and Maurice Krafft, who died just as explosively as they lived — capturing the most spectacular imagery ever recorded of their greatest passion: volcanoes. Following its Sundance premiere, the film was hailed by Variety as “a spellbinding experience” and The Hollywood Reporter as “a gorgeously photographed, dreamily constructed portrait.”

Check out the “Fire Of Love” trailer below:

“Fire Of Love” will be released in theaters in select cities on Wednesday, July 6th, and will continue to roll out nationwide throughout the summer. The film has already won a long list of awards during its festival run, including the Visions du Réel Audience Award, The International Wildlife Film Festival’s Best Feature Award, The Independent Film Festival Boston’s Documentary Grand Jury Prize, SIFF’s Special Jury Prize and numerous others. 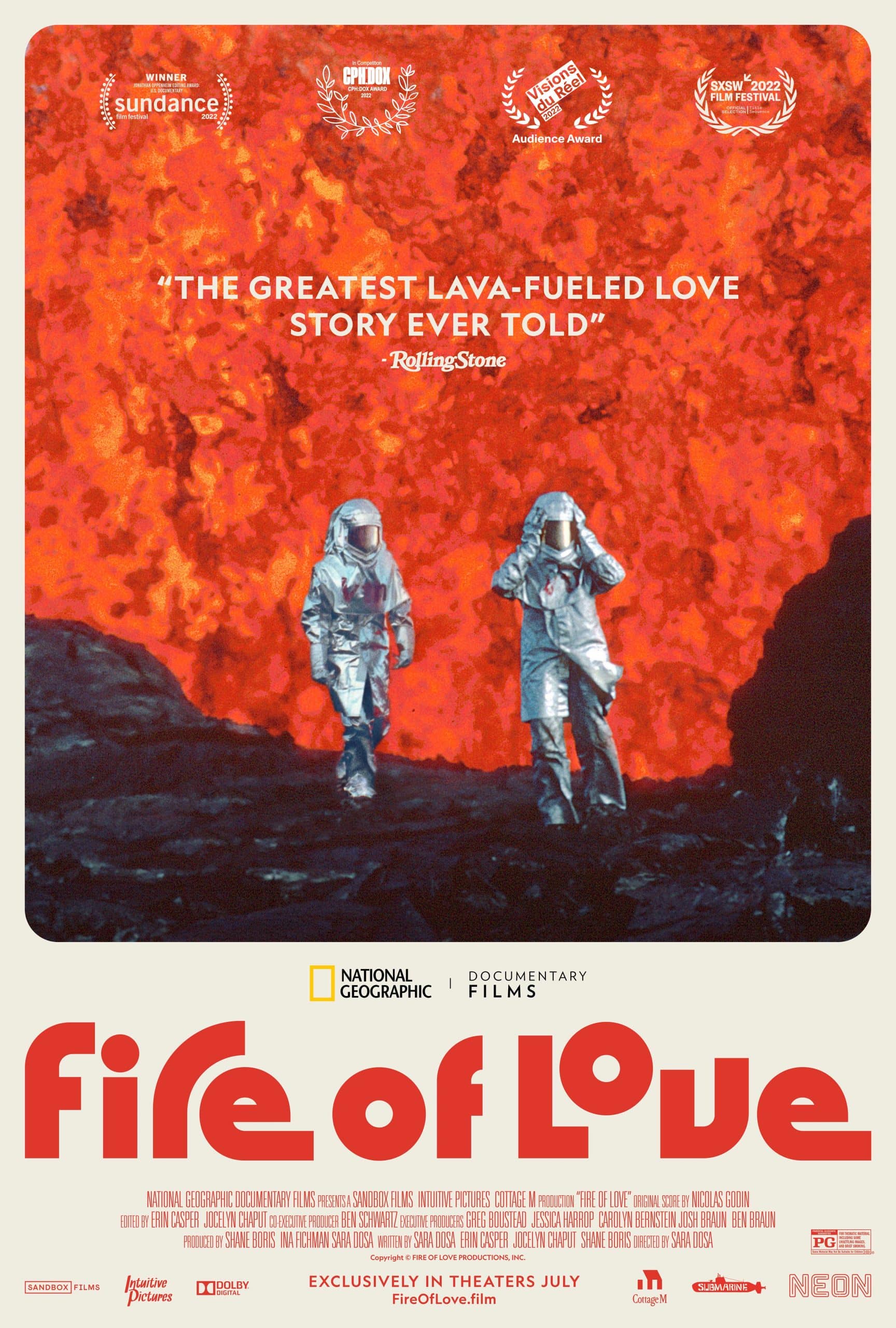 The two distributors previously partnered on last year’s release of the COVID-19 documentary “The First Wave.” As part of the new deal, NEON will release “Fire Of Love” ahead of a planned streaming bow on Disney+.  No Disney+ release date has yet been announced.

Are you looking forward to watching “Fire Of Love”?