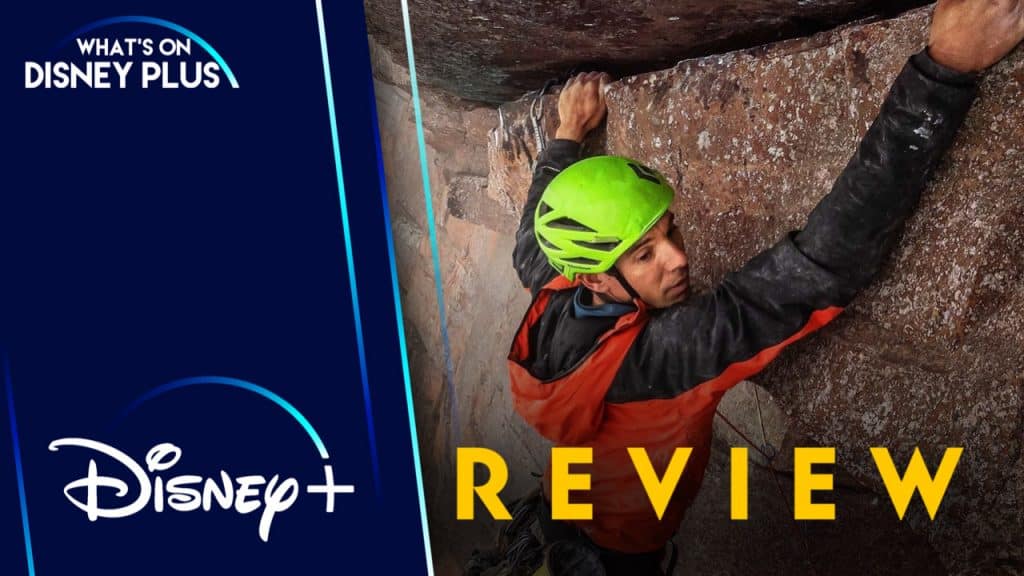 On Earth Day, (22nd April 2022), National Geographic is bringing back a long-standing documentary series, “Explorer”, with a new hour-long special, that follows elite climber Alex Honnold (“Free Solo”) and a world-class climbing team led by National Geographic Explorer and climber Mark Synnott on a gruelling mission deep in the Amazon jungle as they attempt a first-ascent climb up a 1000 foot sheer cliff. Their goal is to deliver legendary biologist, and National Geographic Explorer Bruce Means to the top of a massive “island in the sky” known as a tepui. The team must first trek miles of treacherous jungle terrain to help Dr. Means complete his life’s work, searching the cliff wall for undiscovered animal species.

“The Last Tepui” is a delightful documentary, the single episode format works well, because it wraps everything up in one go.  They could have easily spread this out a little more, but thankfully they didn’t. 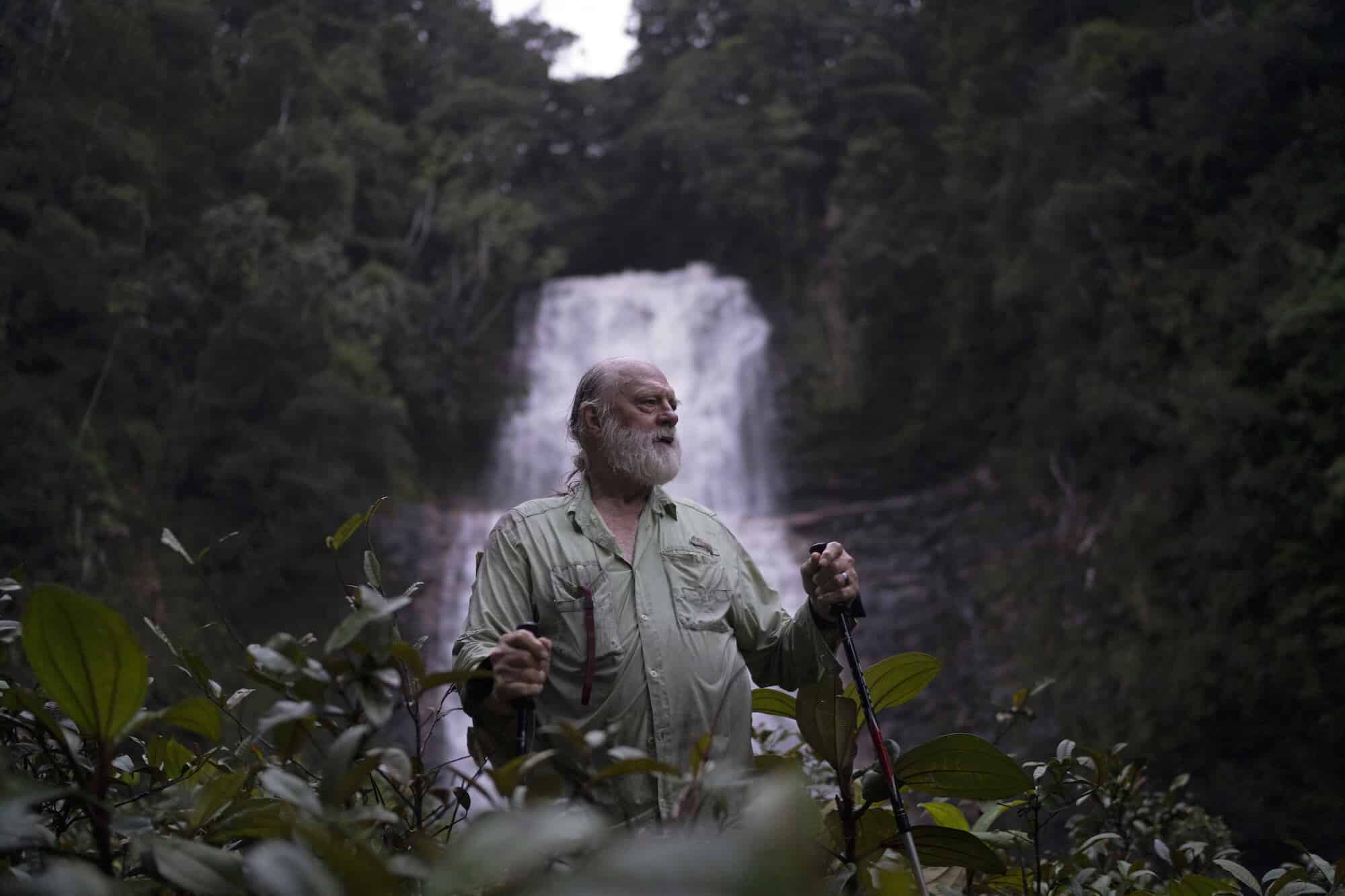 This episode is basically split into two sections. The first half is about the team trying to get Bruce Means through the overgrown jungle to the Tepui.  That might not sound that interesting, but Bruce Means is over eighty years old and no longer at his peak of health.

This causes several major issues for the team, as he just can’t keep up with the younger explorers.    On the one hand, it’s incredible that Bruce Means gets that one last big adventure and that his wealth of knowledge is so important, but on the other hand, it just seems extremely irresponsible to put the entire crew and project at risk.    I’m really not sure why the decision to incorporate Bruce into the main adventure was ever made, because it was pretty apparent that this was a combination that wasn’t going to work.  Bruce’s mind and knowledge about the region are, without a doubt, beneficial, but once the climbers reach the colossal wall, it’s pretty obvious their plan was massively flawed.

The second section of the show focuses on Alex Honnold and two other climbers, who ascend the sheer rock face in search of new life.  If you enjoyed the climbing aspects of “Free Solo”, you’ll enjoy this part of the show, especially as Alex just hangs over the ledge with just one hand.  It’s certainly an impressive sight.    There were moments you are wondering how they can climb that cliff and how incredible their climbing skills are. 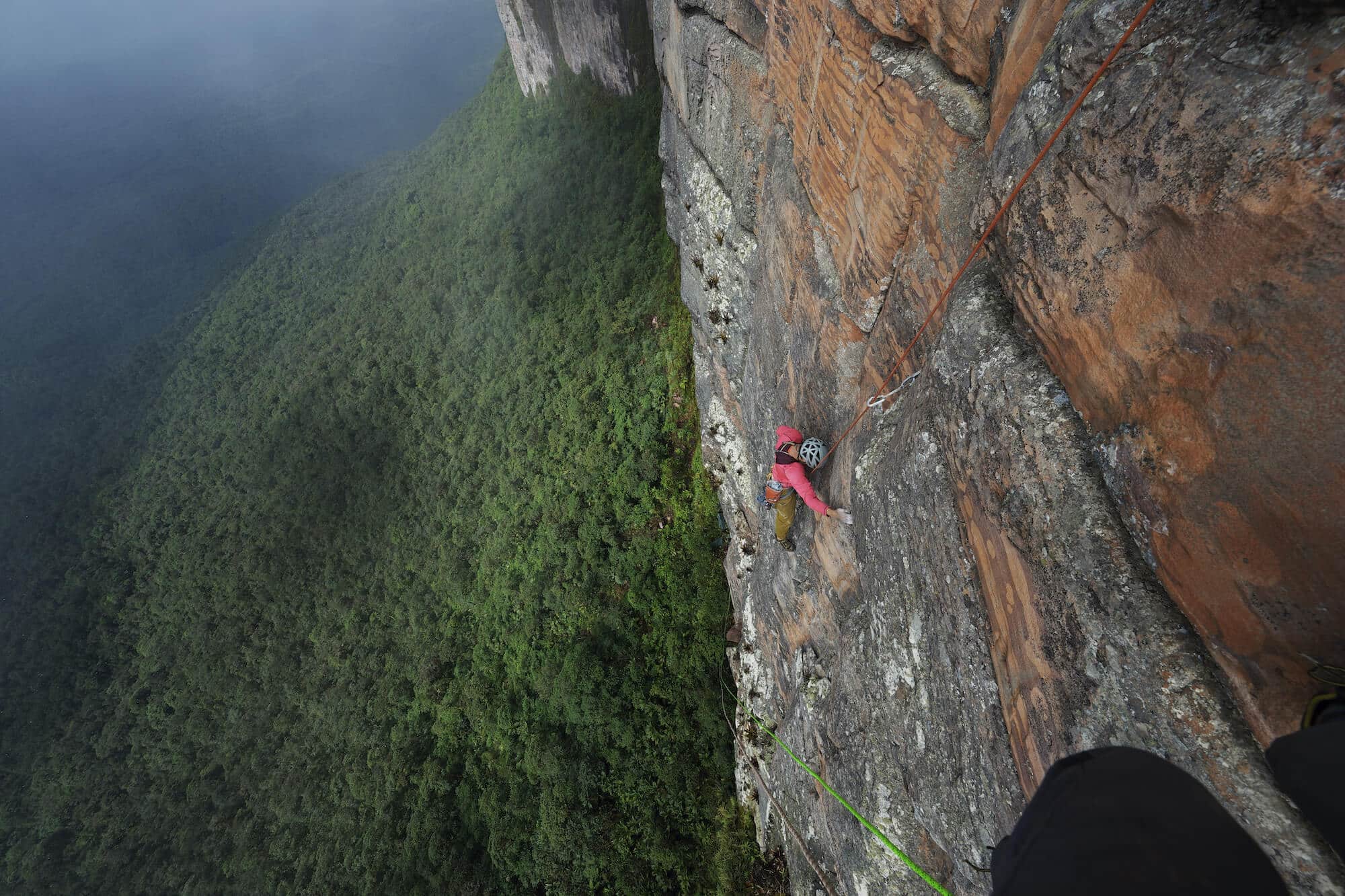 I enjoyed “Free Solo” and enjoy nature documentaries, so I thought this combination kinda worked, but once the climb was done, there wasn’t really any payoff for all that effort.  There was a massive portion of the special, with Alex scaling the colossal wall of the Tepui, that I really enjoyed, but you couldn’t help but think, why didn’t they just use a helicopter to drop the entire team at the top of the Tepui at once and abseil down to check to see if there was any life on the walls.   It’s like they went out of their way to make the project much harder than it needed to be for the show’s dramatisation.

“The Last Tepui” is an odd documentary. Taking two established experts and putting them together just didn’t really work.  Ultimately, Bruce can’t climb, and Alex doesn’t know a thing about animals.  There is never a connection between the two of them, and it just felt a little forced.  I think it’s worth checking out as I enjoyed watching it, but it’s an odd concept for a special.

Roger has been a Disney fan since he was a kid and this interest has grown over the years. He has visited Disney Parks around the globe and has a vast collection of Disney movies and collectibles. He is the owner of What's On Disney Plus & DisKingdom. Email: Roger@WhatsOnDisneyPlus.com Twitter: Twitter.com/RogPalmerUK Facebook: Facebook.com/rogpalmeruk
View all posts
Tags: review, the last tepui