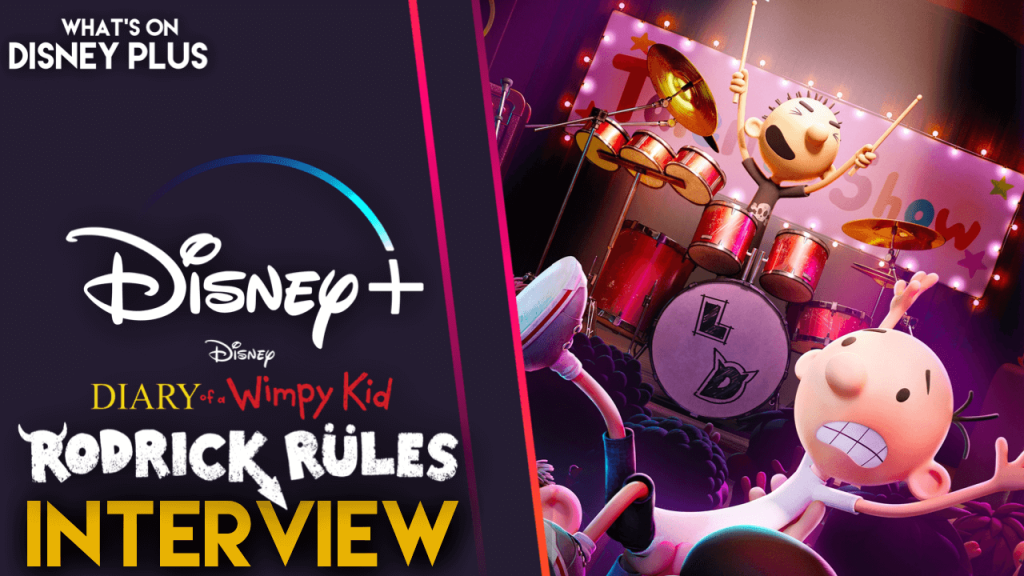 This Friday, Disney is releasing “Diary of a Wimpy Kid: Rodrick Rules,” an all-new animated movie based on the second book in Jeff Kinney’s wildly popular book series, on Disney+ Friday, 2nd December 2022.  The film follows the riotous antics of angst-ridden, disaster-prone, middle school student Greg Heffley continue in “Diary of a Wimpy Kid: Rodrick Rules,” focusing this time around on his complicated relationship with older brother Rodrick. A spikey-haired high school student, Rodrick is lazy and undisciplined, and spends way too much time practising with his rock band, Löded Diper. While he loves to torment Greg, he ultimately has a deep affection for his younger brother.

Could you tell us a little about what the new movie is all about?

The new movie is about the complicated dynamic between middle schooler, Greg Heffley, and his older teenage brother, Roger Heffley. And it’s all about a talent show and a party that Rodrick holds in the home that creates a situation where Greg can get closer to his older brother.

So, I have an older brother and a younger brother, just like Greg does. And my older brother, his name is Scott, and he had a band in the basement, just like Roger does with Loaded Diaper. And I remember coming home from school, and whenever they were practicing, I was miserable. So, I’m really drawing off of my real life experiences for this story.

And were any of those events with your brothers in the books?

What’s really funny is, it’s getting really hazy. My childhood is pretty far in the rear-view mirror now, but I often can’t remember. I’m, “Did that happen in real life or did it just happen in my books?” It’s all blurring together at this point, but there’s definitely moments from my life that made it into these stories, and then they’ve been put through the fiction blender.

What was the biggest challenge working on these animated films?

I think the biggest challenge was learning how to write for the screen. In my books, I’ve always just tried to string a bunch of jokes together and I’ve never really cared that much about whether the story was coherent and certainly not emotionally resonant.
Films are a really different thing. You have to tell an emotionally resonant story or it’s not going to be impactful or the audience won’t buy into it. So, I really have to make it a story of transformation. And it’s a totally different skill set, but I really have enjoyed learning that skillset.

What were some of the highlights working with Disney on these films?

I think the biggest highlight in working with Disney is that Disney always wants to make it better. I’m always shocked when the second or third round of the film makes its way all the way up to the higher-ups at Disney, and they give us feedback on it, and I’m like, “Did these people really have time for this to watch all these iterations of each film?” So, I’m amazed by that, and I’m really pleased to be with a group that takes entertainment so seriously. 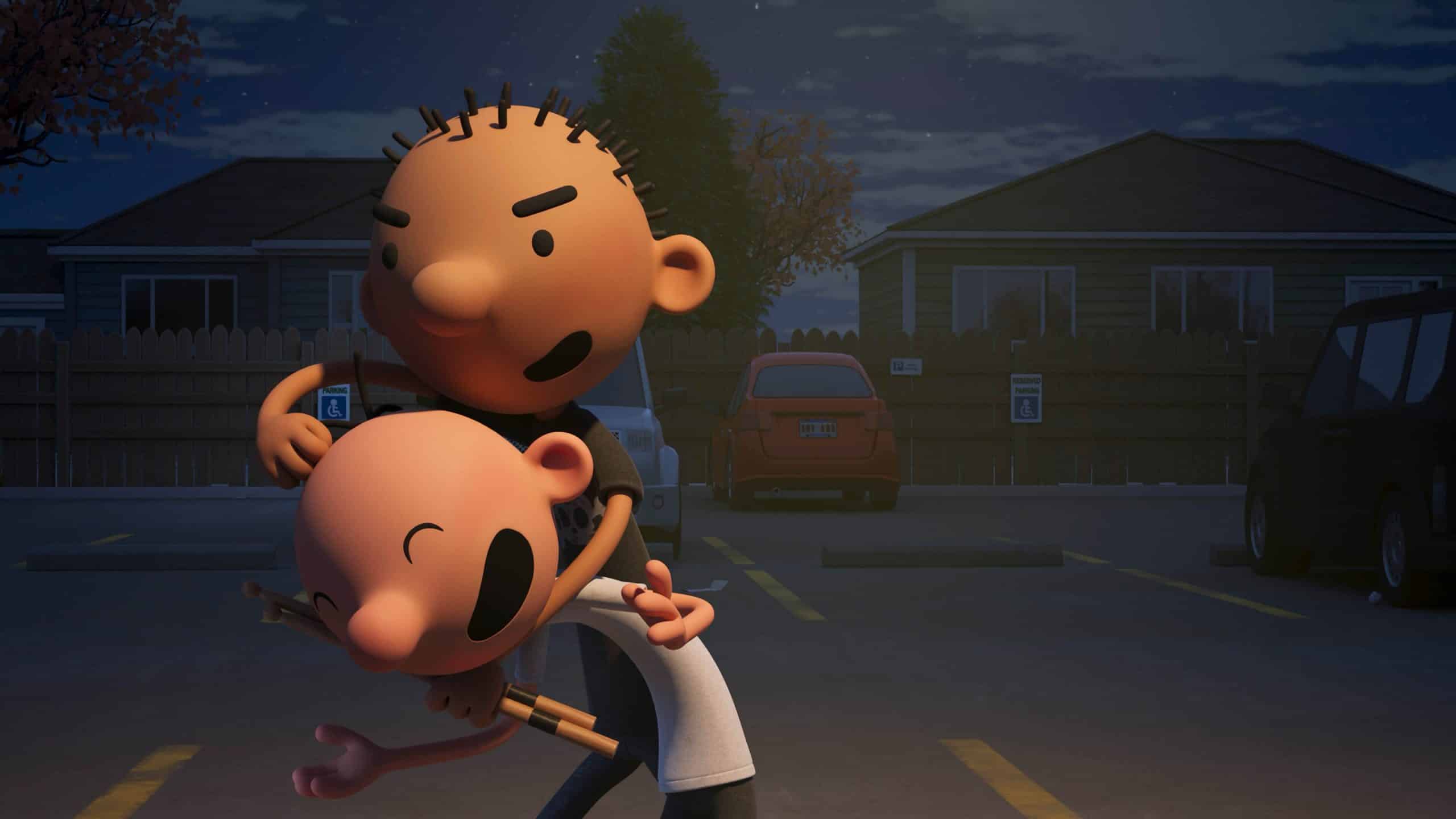 What was the biggest difference working on these animated films compared to the live-action movies that you’ve done before?

Well, I’ve got a different position in working on these. I’m a producer now and I’m also the writer. So, those are two really different positions than I’ve had before. So, I’m really involved. Everything that we make for the films, I’m very involved in. Even if we’re designing a mailbox or a can of VMs, I have approval over that and I can make modifications. So, we get to create the whole world together.

With the art style of the film, it’s very much like your books. Is that something that you really wanted to lean in on more, your own artistic style?

That was really fun to make these films feel like they’ve sprung from the pages of Greg’s journal. So, that’s something that’s really different from the live action films is that there’s a lot of fidelity between what Greg draws and then what we see acted out.

There was something a bit different with this film because you have a song in this one. What was the difference between trying to do a song?

It was really fun. There was a song called Can You Smell Us Now, which is like a rock anthem. And it was fun. I didn’t know that I had it in me to write that kind of a song. And of course, I worked with somebody who put it all to music. But it was really cool. I remember for weeks before I presented it to anyone, I was humming the song in the shower and hoping I could communicate how I wanted it to sound. But that was cool, and it’s another dimension that I hadn’t really explored before.

What’s been one of your highlights working on Rodrick Rules?

I think my highlights are working with the producers really and the director. We had endless meetings all during COVID, and that connective thread between us during this really tough time in the world really helped motivate all of us. So, we knew we were working on something purposeful that was going to be really a good product. So, those relationships are what my highlights were. 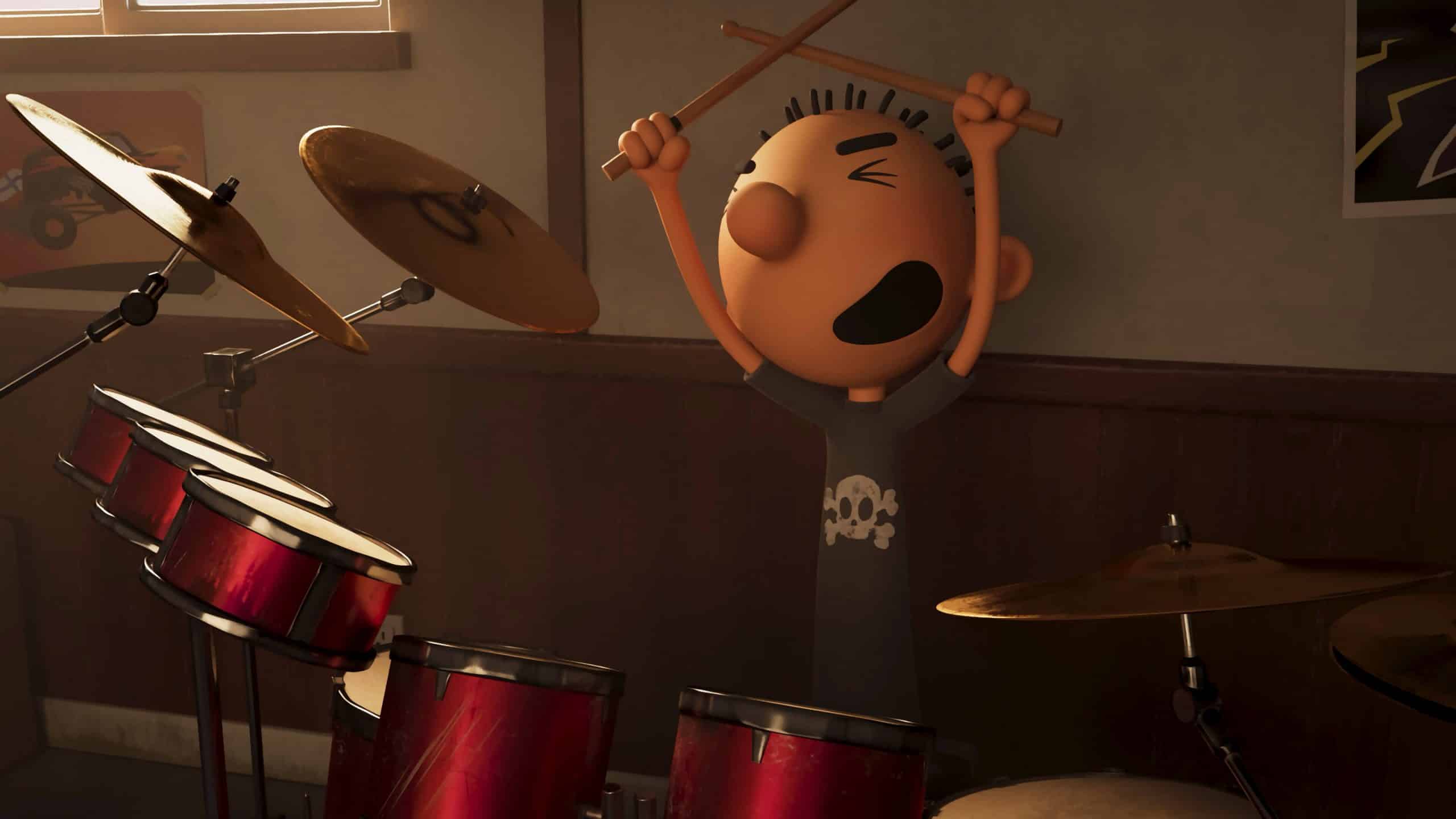 Did you do anything different when making the first film to the second film?

Yeah, I think honestly, it’s similar in ways. Our palette just got bigger. Now, we have a talent show of a scene, we have a whole Leisure Towers universe. So, we got to broaden the wimpy world, and we’re working on another movie right now, and we get to broaden it even further. So, it’s really cool to be able to keep building out this world.

Oh, boy, I’m not allowed to say that right now or Disney will, I don’t even know what they’ll do. But I will say that we’ve got at least one project that we’re cranking on right now, and I’ll have to let Disney communicate that one.

How do you feel about your movies going straight to Disney+ rather than getting a theatrical release?

It feels like the right scale. I think, nowadays, to make something that has a wide release, you have to spend $200 million on it. My stories are really small, in a way. It’s a story of two brothers, or two best friends in the first movie, the stories are smaller. And they really made it for the home experience I think. And of course, now, everybody’s got these great setups in their homes. So, it’s cool. I feel we’re right exactly where we want to be.

Is working on an animated film easier than a live-action film?   As obviously, children don’t grow up the same. Does that make it a lot easier?

It does. Well, of course, voice actors do grow older, unfortunately, but it does make a difference that they’re not going to look different. By the end of the live action Wimpy Kid movies, I think our actor was looking a bit unwimpy. So, I think it’s nice that one thing is consistent is that Greg is going to look the same.

And finally, what has been your favourite Disney Plus original so far, but I’m going to disallow “The Diary Of A Wimpy Kid” films.

Right, right. My favorite Disney Plus original? I haven’t seen Andor yet, and I keep hearing good things about that. But I’m going to say, take me back to the beginning because… Oh, I liked Timmy Failure, and that was the very first one.

Roger has been a Disney fan since he was a kid and this interest has grown over the years. He has visited Disney Parks around the globe and has a vast collection of Disney movies and collectibles. He is the owner of What's On Disney Plus & DisKingdom. Email: Roger@WhatsOnDisneyPlus.com Twitter: Twitter.com/RogPalmerUK Facebook: Facebook.com/rogpalmeruk
View all posts
Tags: Diary of a wimpy kid, interview