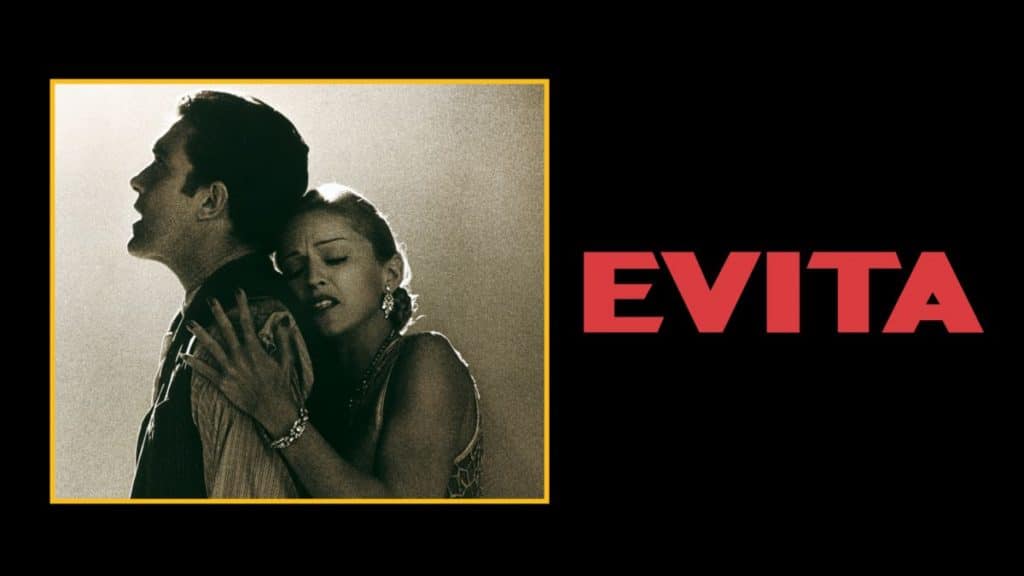 Disney has announced that the classic musical film, “Evita”, which stars Madonna, will be coming to Disney+ on Friday 14th October 2022.

Few times in the history of Hollywood has a film been released with the scope and daring of EVITA! Now, experience this landmark achievement as entertainment megastar Madonna — in the role of a lifetime — joins Antonio Banderas for a motion picture event!

Directed by award-winning filmmaker Alan Parker, EVITA is the riveting true-life story of Eva Peron (MADONNA), who rose above childhood poverty and a scandalous past to achieve unimaginable fortune and fame. Despite widespread controversy, her passion changed a nation forever!

“Evita” is already available on Disney+ in some other countries, including the UK.

Are you looking forward to watching “Evita”?

Roger has been a Disney fan since he was a kid and this interest has grown over the years. He has visited Disney Parks around the globe and has a vast collection of Disney movies and collectibles. He is the owner of What's On Disney Plus & DisKingdom. Email: Roger@WhatsOnDisneyPlus.com Twitter: Twitter.com/RogPalmerUK Facebook: Facebook.com/rogpalmeruk
View all posts
Tags: evita