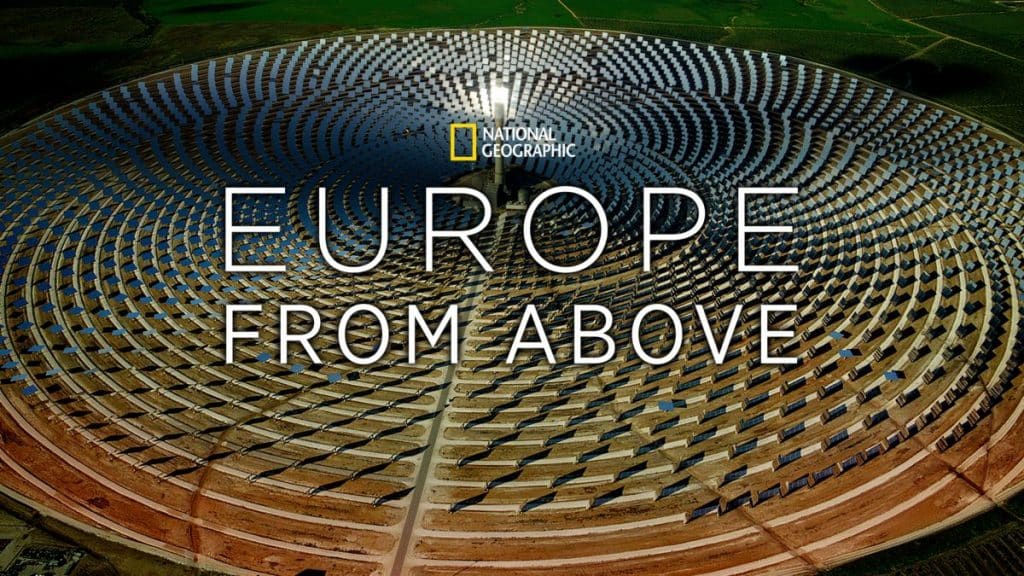 Disney has announced that seasons three and four of the National Geographic documentary series, “Europe From Above” will be coming to Disney+ in the United States on Wednesday 7th, September 2022.

Featuring breathtaking drone footage as its centerpiece, the From Above franchise explores, in stunning visual detail, the culture, history, innovation and engineering feats that have helped shape the world as we know it. With exclusive access all over the world, National Geographic’s cameras are able to fly through restricted airspace, capturing never-before-seen views of the Earth. Epic cinematography marries with advanced technologies to enable iconic tracking shots, with a drone able to lock in its flight coordinates and return to the same location to capture the exact same shot at different times and seasons, highlighting changes in the macrocosm below.

Anchoring the visual storytelling with the hard-won observations and wisdom of a local inhabitant who has a deep and abiding connection with their land, is integral to each show’s success. These human voices bring perspective and insight to the series while exploring geological wonders, animals and native wildlife, migratory routes carved over generations, marvels of human engineering, big celebratory festivals and ancient half-forgotten wonders.

This series of spectacular aerial journeys reveal the world’s most remarkable nations as they’ve never been seen before. This all access aerial documentary lays bare the traditions, innovations and breakthroughs that continue to shape these modern nations today.

Season 3 of “Europe From Above” aired on the National Geographic channel last fall and visited a number of beautiful countries, including Norway, Croatia, Ireland, Iceland, Portugal and Switzerland.

The first two seasons of “Europe From Above” are also available to stream now on Disney+.

Roger has been a Disney fan since he was a kid and this interest has grown over the years. He has visited Disney Parks around the globe and has a vast collection of Disney movies and collectibles. He is the owner of What's On Disney Plus & DisKingdom. Email: Roger@WhatsOnDisneyPlus.com Twitter: Twitter.com/RogPalmerUK Facebook: Facebook.com/rogpalmeruk
View all posts
Tags: europe from above