The fourth episode of Encore sees the class of Hackensack High School return to do an encore performance of the Broadway classic, “Grease”, 28 years after they last performed it.

This group of former students get straight back into the action and look to have a blast in taking a trip down memory lane, getting to know their former classmates and generally having a good time.  And this is what makes this episode so enjoyable, they all look like they are having so much fun doing it, without too much drama.

There are the typical ”Encore” moments such as people forgetting their lines, dance moves or generally being unable to sing.  But it manages to keep away from some of the issues of the previous episodes, it might just be those involved are just a little bit older than previous episodes, so seem much more content in life and haven’t let High School issues fester. 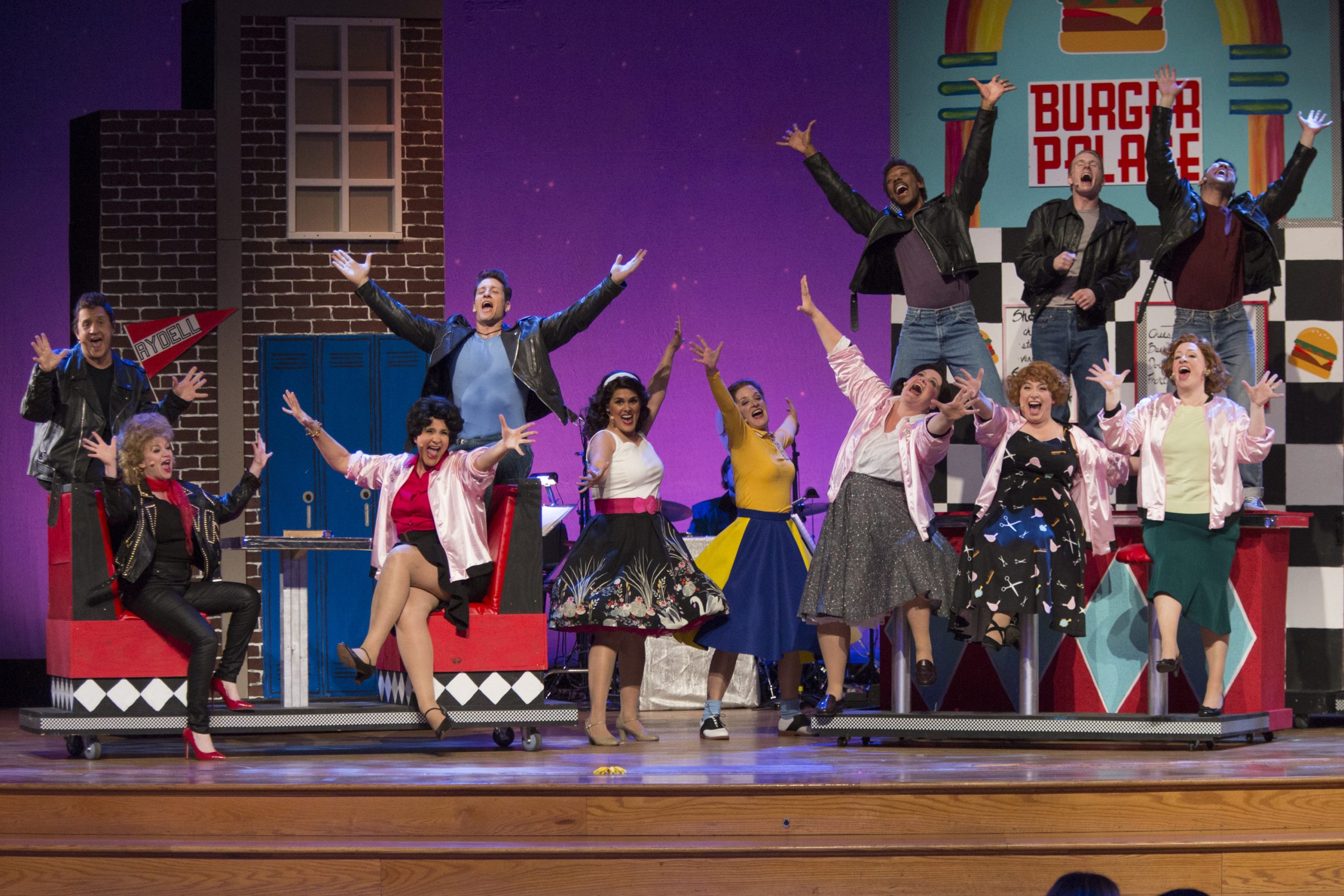 One of the major side stories is of how one of them has had some serious health issues with growths on her brain, which adds to the drama, as it’s a major shift in the tone, especially when the director gets them to visualise talking to their younger selves, her speech is much more impactful than what we have heard in previous episodes.  They also played a little on the jealously factor of wife seeing her husband kissing another women, which felt manipulative on the side of the producers, but ultimately went no where.

We also get to see plenty of footage from the actual performance, which again showed how much this group had fun in making it.  And that’s the key takeaway from this episode and I enjoyed it more because of that.  The last few episodes have been a little too focused on trying to drag up everyone’s insecurities from High School and this one didn’t feel like that. Which made it more watchable and made it one of my favourite episodes of the series so far.