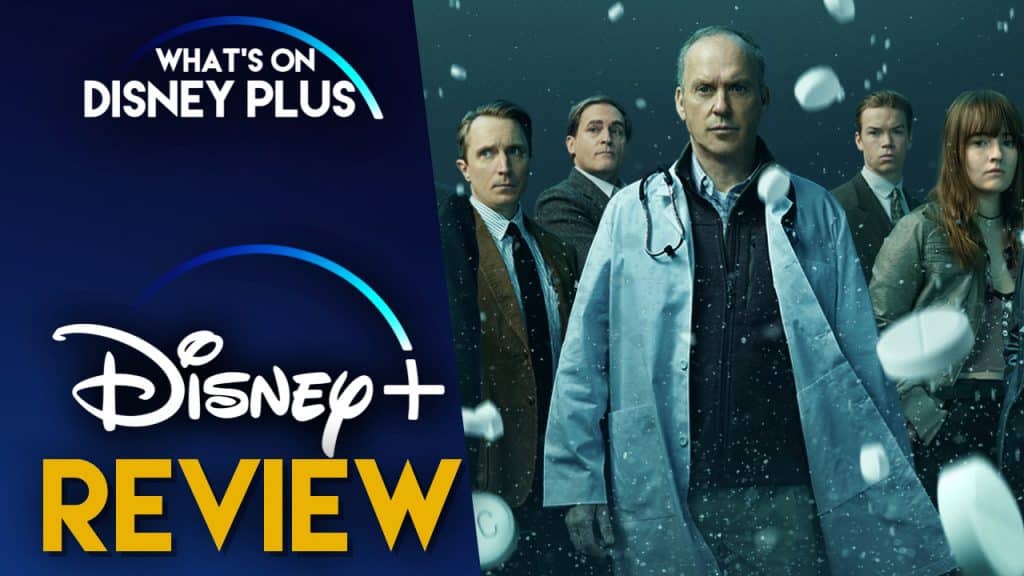 On Disney+ Day, Disney is releasing the first two episodes of the new 20th Television series “Dopesick” on Disney+. I recently got to attend a special screening of these two episodes at the London Film Festival. One of the reasons I’m mentioning this is that, ultimately, it will positively sway my thoughts on this show. Watching it on a giant cinema screen, honestly made these episodes feel more like a movie. That’s how good it is. 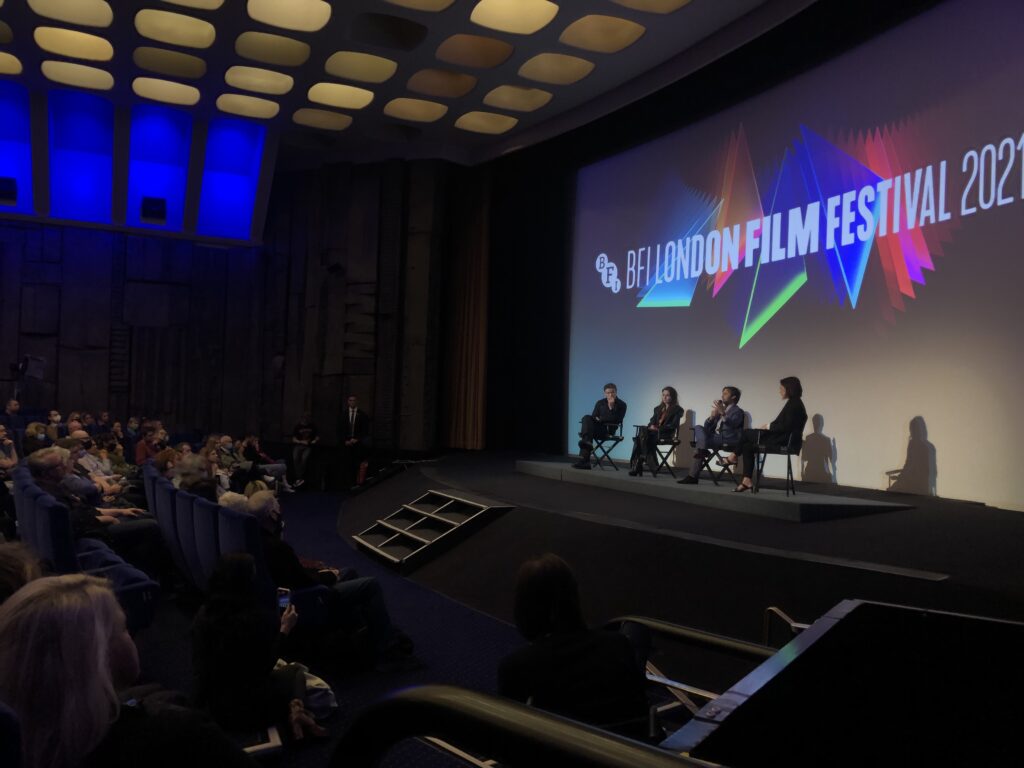 This series delivers a fascinating story with a stellar cast, including Michael Keaton, Will Poulter, Kaitlyn Dever, and Rosario Dawson. It’s incredible to see how much creating these little pills is just about making money. Bribing and influencing doctors with free meals and luxury resorts, just feels completely wrong. And while I live in a country with a free health service, this practice has been going on in the UK for years too. It’s not confined to just the US.

One of the things I have loved about this series so far, is the characters all feel like ordinary people. Michael Keaton is just your local doctor who just wants to help his patients, who work in a traditional mining town in the middle of the US. His patients are hard-working people, who become hooked on a completely legal drug, because they just want to feel better.

Will Poulter is a drugs salesman, who is just doing his job. It’s up to him to smooze the local doctors to prescribe his companies tablets. You can see he’s not completely happy with the situation, but he’s just doing his job. We also get to see Rosario Dawson play a DEA agent, along with Peter Saraguard, John Hoogenakker and Jake McDorman, also trying to take down the giant pharmaceutical company.

“Dopesick” is basically a crime story. You get to see the investigators going from person to person, slowly peeling back the layers of corruption and greed. 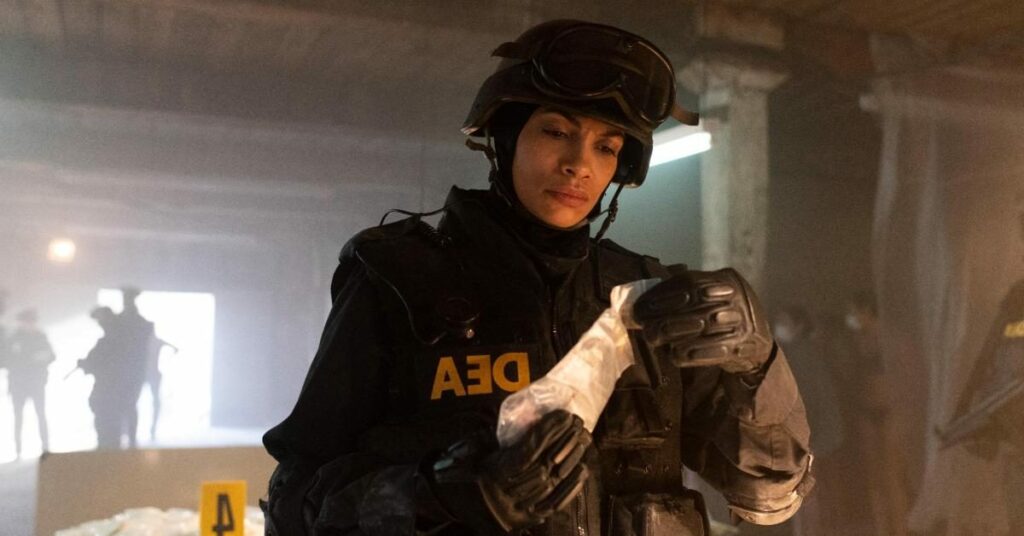 This series tells the story from multiple angles, from the local doctor, to the people using the drugs and the law enforcement building a case against the corporation. We even get to see the story from their side, though Michael Stuhlbarg plays the main “villain” of the show rather interesting. Often coming across completely cold and utterly focused on impressing his family, without any indication that he might be wrong.

Having a villain in this series does help, since it gives you someone to point to, someone to blame, and once this series is completely out there, it’ll be interesting to see what happens next in the real world. This series is, without doubt, going to highlight many of the problems with the large drug companies and how they basically set out an addictive painkiller without any checks on their claims. It’s horrifying.

My only slight issue with the series is how the series jumps around through different years constantly. A little calendar pops up each time we either go forward or back in time, but if you miss it, you might not really know what period it is.

This isn’t going to be a series that entertains you, but it should grab your attention. It should make you start questioning the system and bring a massive spotlight onto a situation, that shows how drug addiction isn’t something you can just stop and also how it can take a grip on
anyone.

I am really looking forward to seeing the rest of this series, as I was hooked after watching the first two. I want to know what happens next and, ultimately, what’s going to happen to these characters. With some fantastic performances and a compelling story, this is undoubtedly a highlight for Disney+.

The first two episodes of “Dopesick” are coming to Disney+ around the world on Friday 12th November, with new episodes dropping each Wednesday afterwards.   In the United States, the first four episodes are available on Hulu now.

Are you looking forward to watching “Dopesick” on Disney+ Day?

Roger has been a Disney fan since he was a kid and this interest has grown over the years. He has visited Disney Parks around the globe and has a vast collection of Disney movies and collectibles. He is the owner of What's On Disney Plus & DisKingdom. Email: Roger@WhatsOnDisneyPlus.com Twitter: Twitter.com/RogPalmerUK Facebook: Facebook.com/rogpalmeruk
View all posts
Tags: dopesick, star