The next Hulu Original to make the jump to being a “Star Original” on Disney+ in the UK and Ireland is “Dollface”, a comedy series starring Kat Dennings (you might recognise her from her most recent appearances in the Disney+ smash-hit series “WandaVision”).

“Dollface” is all about Jules, who is dumped by her boyfriend of five years and her life is turned upside down. While she was in her relationship, she let her girlfriends slowly drift away, and she is left with no-one.

Jules must now try to recover her friendship with Madison, played by Amphibia’s Brenda Song and Stell, played by “Prety Little Liars” Shay Mitchell.  Both of these characters seemed ok, and I could especially relate to Madison’s feelings towards Jules.

Within minutes of watching this episode, I did actually turn to my wife to see her reaction, as Jules boarded a pink bus full of other women that had been dumped.  It got even crazier when the driver was revealed to be a full-blown CGI humanoid, that could have easily been in the movie Cats, though that might have been a little more enjoyable than this episode. At the same time, it’s obvious that it’s a joke about becoming a cat lady; having it within the first couple of minutes of the show just confused me. 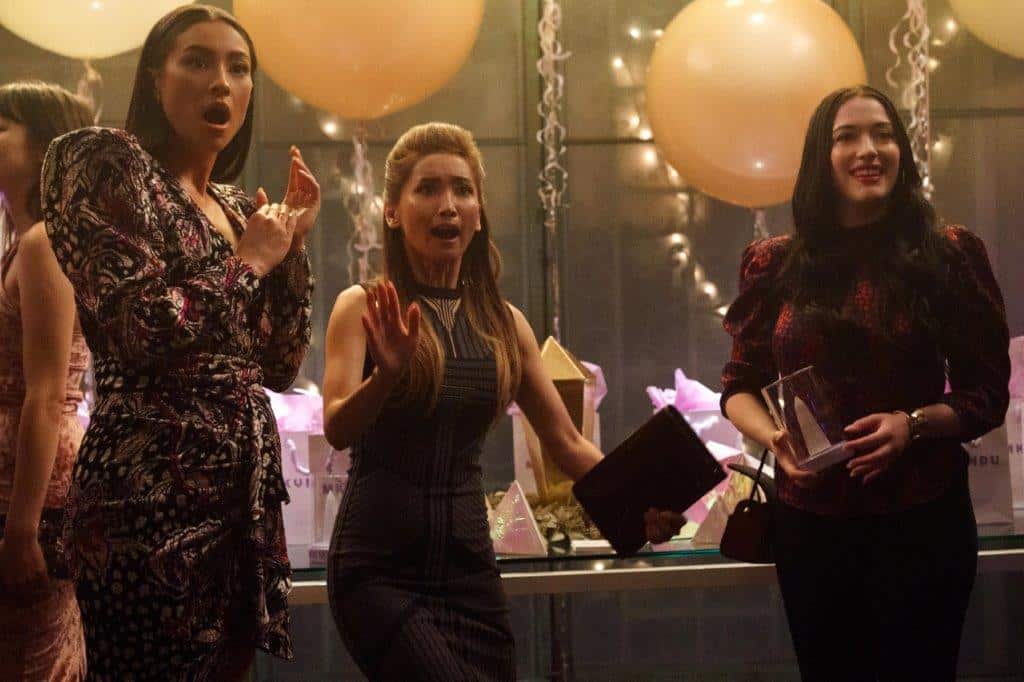 Unfortunately, I made no connection with this episode, and I won’t be returning for any future episodes, because I couldn’t wait for it to end. Kat Denning’s character was moping around, which makes sense considering the situation, but I just didn’t care about her. She was terrible to her friends, and now she wants them back, they are expected to just drop everything and let her back in.   It all felt very forced, and considering it was a comedy. I didn’t find anything mildly amusing.

There were plenty of other strange moments in this episode, which just made me disconnect with the show even more, because it took me a while to work out what the show was about.  As a 40-year-old British man, I just felt like this show just isn’t for me, and I’m not the target audience.  This show is like Marmite; you’ll either love it or hate it.  So I would really suggest you check out the first episode yourself when episode 1 of “Dollface” arrives on Disney+ in the UK and Ireland on Friday, March 5th, with new episodes dropping weekly afterwards.

Roger has been a Disney fan since he was a kid and this interest has grown over the years. He has visited Disney Parks around the globe and has a vast collection of Disney movies and collectibles. He is the owner of What's On Disney Plus & DisKingdom. Email: Roger@WhatsOnDisneyPlus.com Twitter: Twitter.com/RogPalmerUK Facebook: Facebook.com/rogpalmeruk
View all posts
Tags: dollface, review, star