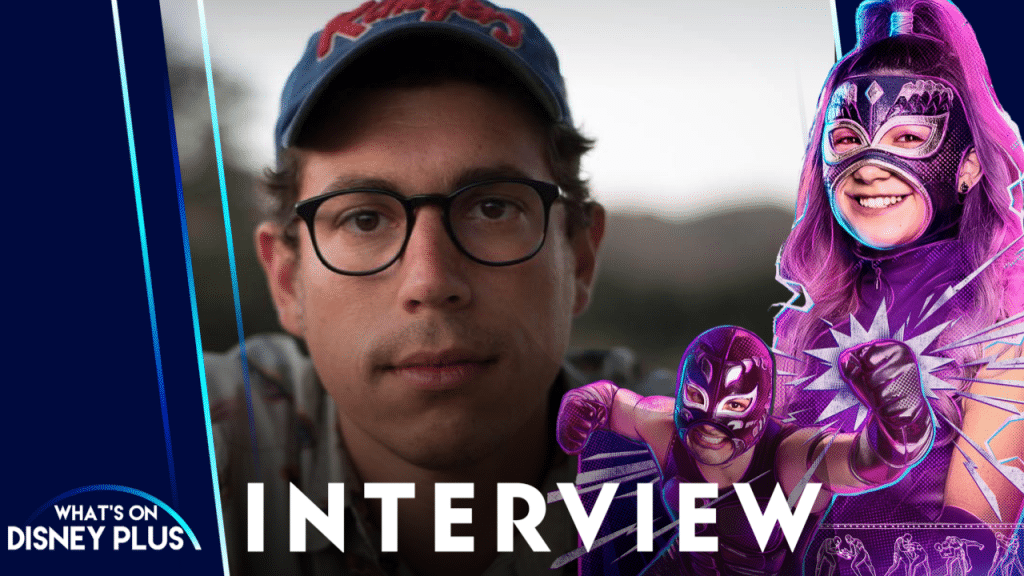 Disney has a brand new series heading to our screens this summer called “Ultra Violet & Black Scorpion”, which tells the story of what happens when a magical luchador mask selects 13-year-old Violet to become Ultra, a superhero like her uncle—Black Scorpion. Ultra begins her own secret superhero training with her uncle, all while navigating the ups and downs of middle school.

Recently, I spoke with the show’s cinematographer Rafael Leyva about how he created the special look of the series and the influences that came from the world of Superheroes and Professional Wrestling.

Could give us an introduction to what “Ultra Violet & Black Scorpion” is all about.

Ultra Violet and Black Scorpion is a composition that evolves around a modern Latin American family, where their 12-year-old daughter, she is chosen by this wonderful, magical mask, and that mask grants her powers. In this case, for her, as she gains those powers and turns into a superhero, and starts getting distracted and curious about the underbelly of the society and wanting to fight crime, she bumps into another family member that happens to be another superhero. So it’s a very beautiful, full circle that happens within her teenage life, and it’s a front row seat about learning culture, family, and kicking butt.

Could you explain what your role was on Disney’s “Ultra Violet & Black Scorpion”?

Basically, the look and the tone and the style of the photography.  It’s very well imprinted in the show. When I first read the script, it was kind of like, “Okay, I see a kind of like Scott Pilgrim vs. The World, and Stranger Things, and different little cool, more modern, or avant garde teenage comedy dramas.” So that’s what I’m in charge for. Yeah.

Yeah. My aim for the cinematography was to be a little bit more bold, definitely not the normal Disney channel DNA visually, if you will. So that was my main take. I remember telling the studio, I was like, “I really want to make this different and pop and darker and moodier and not be afraid of shadow.” As you can see in the beginning of the pilot in episode one, she’s still learning who she is when she’s in her teenage life at home and in high school. The light is very frontal because it’s transparent, because it tells who she is and she knows who she is. And you’re set in this world of high school.

When she becomes a superhero and she goes and fights crime and we see bad guys and we meet henchman and we go through little puzzles of crime fighting, then it becomes a little bit more shadower and moodier and more contrasty and colors pop. There’s very beautiful orchestrated camera movements by the directors as well. I worked with great directors and wonderful cast. I mean, the cast is incredible and there’s also some comedic relief. So that’s where I wanted to take the cinematography.

What were some of the superhero influences for the”Ultra Violet & Black Scorpion”?

My main two influences, believe it or not, was Tim Burton’s 1989 Batman.  Classic monochromatic almost in a way, but like very, very beautifully shot and directed. So that was one of them. And Scott Pilgrim. Not to be redundant, but Scott Pilgrim vs. The World was definitely the highest visual reference, I would say, the strongest visual reference by far for the show, especially because most of the way I shot it and most of the way that the first 10 episodes are shot, they really correlate with the style of editing. I think viewers will appreciate that.

And I’m going to ask this though from the other side. What was the wrestling influence on this series?

It was really home down by its culture and the Mexican wrestling culture, specifically, being that it is a show that evolves around a Latin American family. So therefore it’s Disney’s first like really good Latinx show. This whole marriage between the Mexican wrestling culture and incredible modern cinematic stunt movement, that really comes down to James Lew. We were blessed. We had James Lew. And if you look up James Lew, James Lew was basically Jackie Chan’s right hand. He was the stunt coordinator for all those big movies, but in Rush Hour and all that stuff. But obviously Mr. Chan, Jackie Chan would do his own stunts. So thanks to James Lew, to be honest with you. 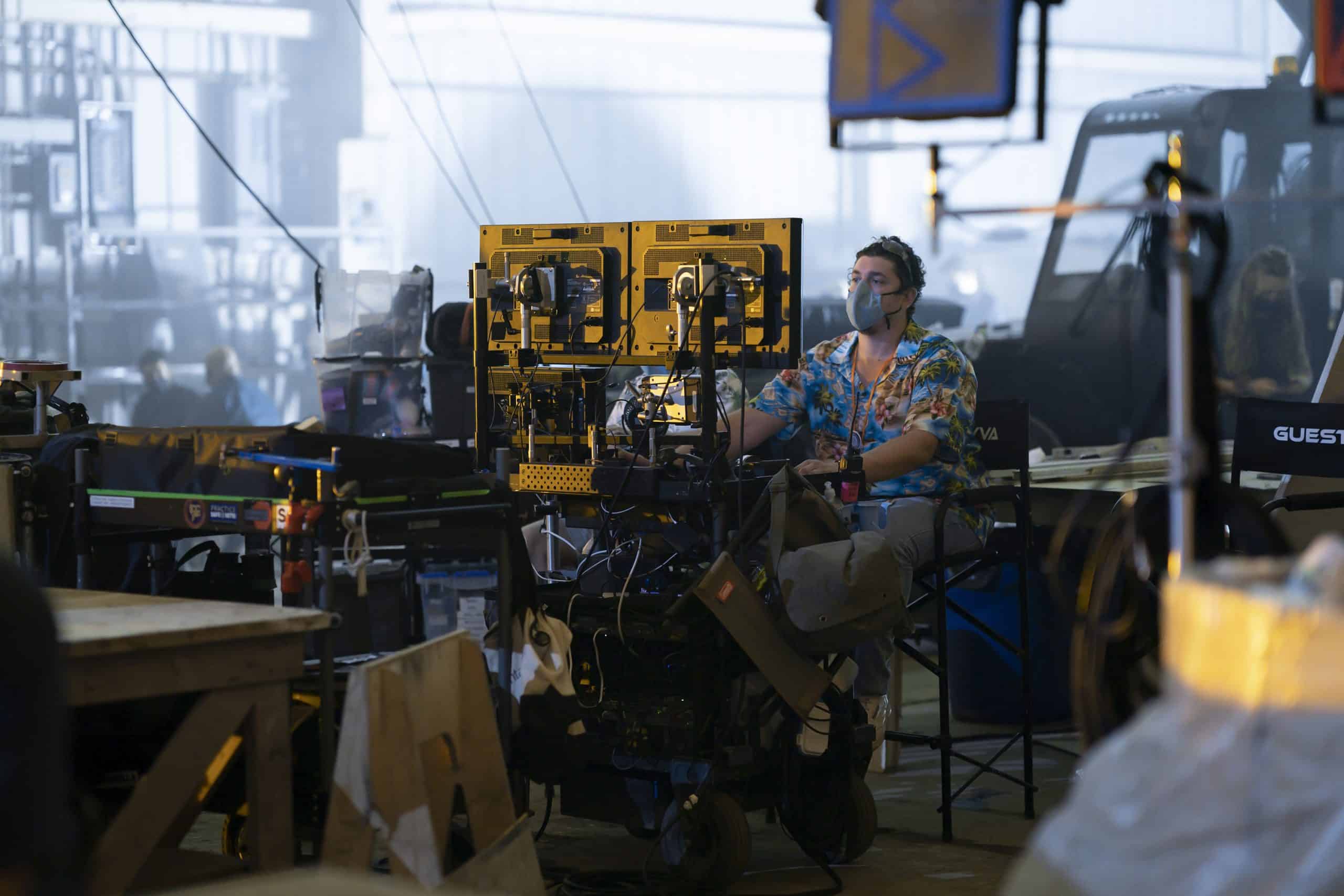 What was the biggest challenge with making this series?

I think the biggest challenge to making this series is that you’re working with kids and you want to portray an environment that’s very positive and that’s very fun. Again, the cast is so, so incredibly talented and professional, but I think it’s really fitting in this incredible universe that we wanted to implant and create for Disney within the script, at the same time, try to do it within the constrained hours of acting child labor. It’s so vital. And it sounds silly because it’s almost like, “Oh, so that’s the hard part?” Yeah, it’s extremely, extremely hard because you really want to get everything done properly and you want to make sure that that we are coming to their world, as I would say, [inaudible 00:07:07]

How did the pandemic influence what you were doing in terms of your role?

Heavily. One, visually, I couldn’t have I think more than 50 extras at one point of the pandemic. I think it was like maybe on the second wave when the whole world’s like now everyone soon’s going to get vaccinated. So the film industry got really hard and it was kind of almost adapting to a new way of work on set. Your oxygen’s cut in half. Everyone’s very passionate. Everyone’s an artist. It’s wrestling. It was tough. But I think visually the lack of extras, because you can’t have that many extras on set. And I think that just having the process of preparation, everyone meets through Zoom versus in real life, which when you meet with your fellow colleagues for filmmaking, it’s much better in person than through Zoom, but we’re all adjusting. Luckily, Disney was incredibly professional and at the front of how the pandemic was basically evolving the filmmaking industry.

How different was it working for Disney compared to some of the other projects you’ve worked on in the past? 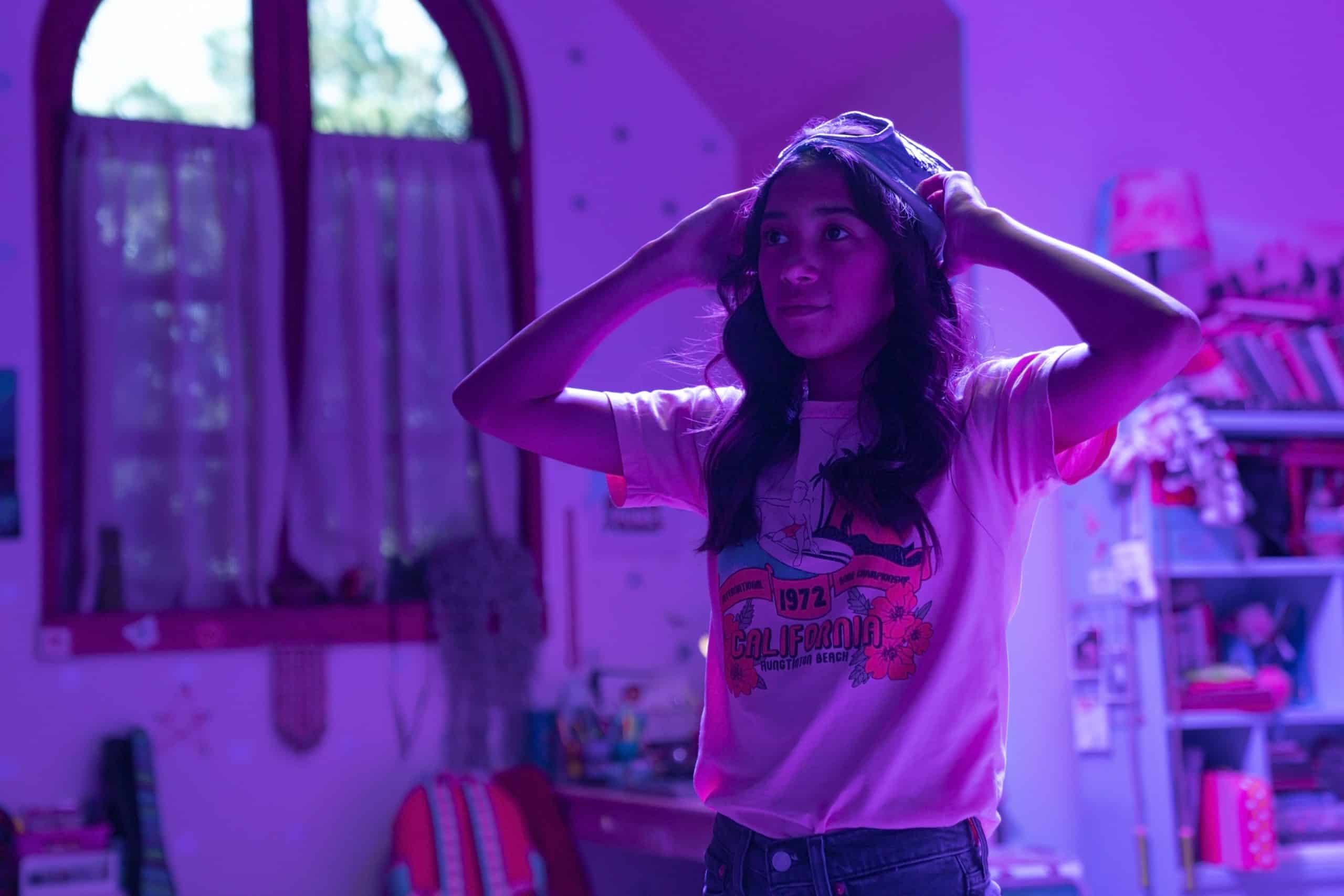 What was one of your highlights of working on this series?

I think one of my highlights to be working on this series was definitely working with, again, I can’t say it enough, but the incredible cast, especially Scarlett Estevez, the lead, the girl that plays Ultra Violet. She’s just so wonderful. I’m just so lucky to have been able to film this incredible, incredible ensemble cast. I think that being able to work with the best in New Orleans and wonderful, wonderful union crew and talented, talented, incredibly creative and talented below the line crew members of New Orleans and working with the production designer, Nate Jones, because I like to get married to the hip, to the production design because the better the production design, the better the cinematography. So Nate Jones really provided a wonderful, wonderful world filled with great colors, beautiful set construction, storytelling, ingenuity. Like, really, I love when production design caters in and affects storytelling with the way that set constructions evolved. That’s a lot deeper, but for filmmaking, it’s a dream and wonderful textures. I think that’s kind of it.

And final question, what’s been your favourite Disney Plus original so far?

“Ultra Violet & Black Scorpion” is coming to the Disney Channel on June 3rd and will be available on Disney+ at a later date.

Roger has been a Disney fan since he was a kid and this interest has grown over the years. He has visited Disney Parks around the globe and has a vast collection of Disney movies and collectibles. He is the owner of What's On Disney Plus & DisKingdom. Email: Roger@WhatsOnDisneyPlus.com Twitter: Twitter.com/RogPalmerUK Facebook: Facebook.com/rogpalmeruk
View all posts
Tags: interview, Ultra Violet & Black Scorpion 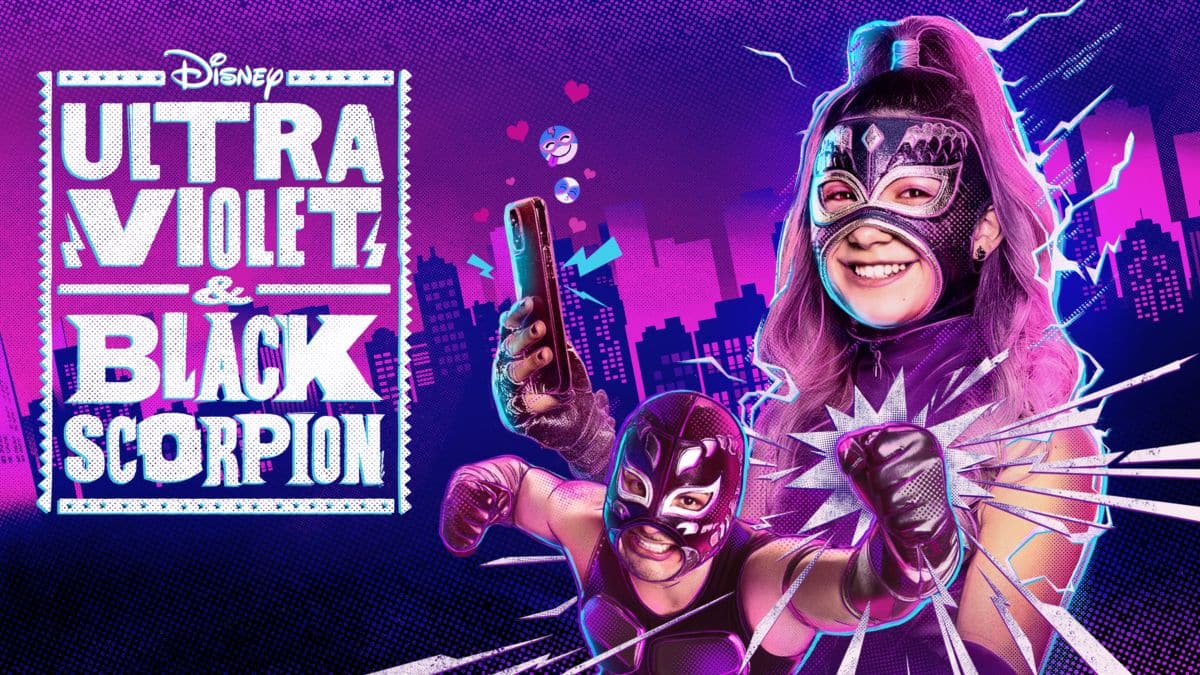