During the Studio Showcase at the D23 Expo, Walt Disney Studios showed a teaser trailer for the upcoming Disney+ Original film, “Peter & Wendy, which is based on J. M. Barrie’s novel, which was inspired by the 1953 animated classic.  And the cast of the film also took to the stage to introduce the new trailer. However, this trailer was only shown to those in attendance.

Disney has released a new poster for the film and confirmed that it will now be arriving on Disney+ in 2023.

“Peter Pan & Wendy” is the timeless tale of a young girl who, defying her parents’ wishes to attend boarding school, travels with her two younger brothers to the magical Neverland. There, she meets a boy who refuses to grow up, a tiny fairy and an evil pirate captain, and they soon find themselves on a thrilling and dangerous adventure far, far away from their family and the comforts of home. 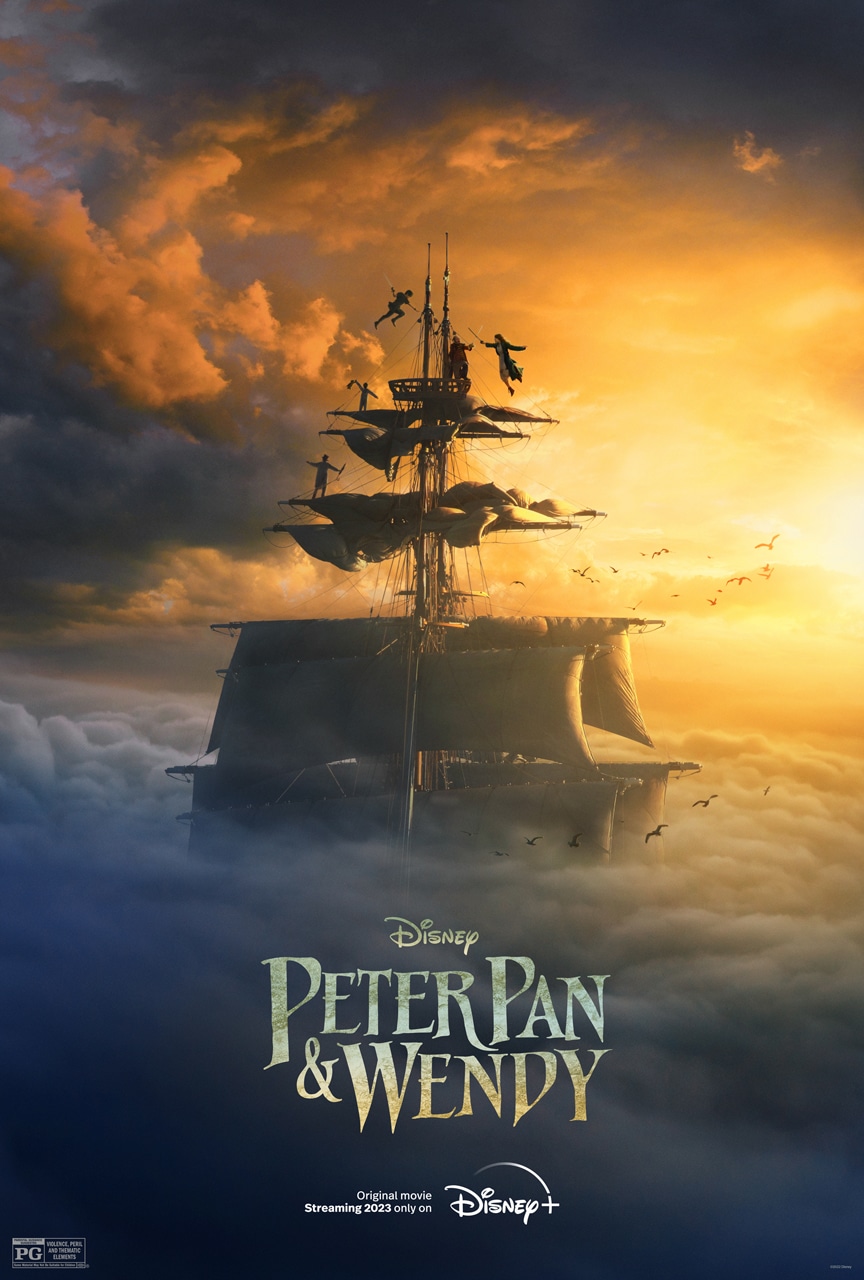 Are you looking forward to “Peter Pan & Wendy”?

Roger has been a Disney fan since he was a kid and this interest has grown over the years. He has visited Disney Parks around the globe and has a vast collection of Disney movies and collectibles. He is the owner of What's On Disney Plus & DisKingdom. Email: Roger@WhatsOnDisneyPlus.com Twitter: Twitter.com/RogPalmerUK Facebook: Facebook.com/rogpalmeruk
View all posts
Tags: d23 expo, peter & wendy, peter and wendy