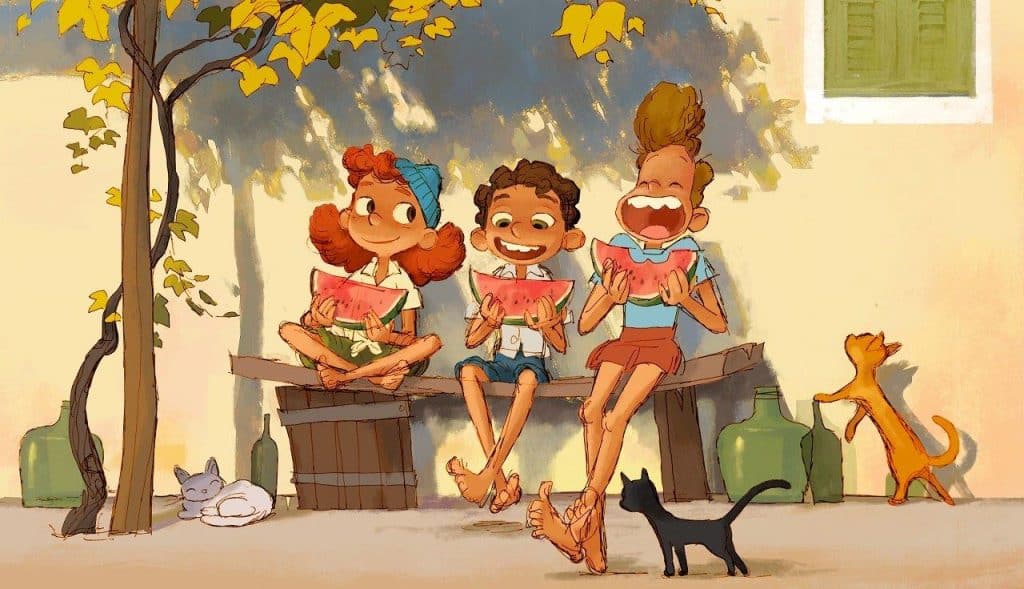 Disney and Pixar’s Luca is a love letter to childhood and real, true, friendship. In this coming of age tale Luca meets a new friend, Alberto, and they both share the same secret — they are sea monsters that turn to humans when on land. The two of them, mostly Alberto, decide to get adventurous and spend some time in a small town on the Italian Riviera, a place where the humans feel threatened by sea monsters. There was recently a virtual press day with the creative team behind the film, so that we could dive into the how and why of it all.

Very early on it was decided by the Director, Enrico Casarosa, that the film would be told by the point of view of 13 year old Luca, and focus on his friendship with Alberto. When they first meet each other, they are both lonely, and looking for something more. “Sometimes it is hard to have a meaningful, strong friendship.” explains Casarosa. He goes on to say that most people have an Alberto, a friend who is willing to literally push them off a cliff to get them out of their comfort zone. That is what he wants people to come out of this movie remembering, thinking about their Alberto.

Story supervisor John Hoffman explains that Alberto’s bravado is the perfect counter to Luca’s hesitation. “If they were at a party, Luca would be the wallflower in the corner taking it all in,” he says. “Alberto would be the guy on the roof jumping into the pool.”

Just take one look at the stills and trailers of Luca, and you will know it is something special. Once the setting of a seaside town on the Italian Riviera was decided, the next step were some research trips for the creative team. Casarosa grew up in Italy and spent his summers along the coast, so this film holds a special place in heart. It is based on a real life friendship of his, and the time they spent together. He knew this mean the creative team needed to experience these towns for themselves. To see them, to feel the textures, and to eat the food.

“We visited the places Enrico went as a child,” says Production Designer Daniela Strijlev. “We watched him climb a 30-foot rock and dive in – realizing after the shock of it that he’d been doing it since he was a child. That extra layer of experiencing his memories and nostalgia really underscores his love of the place. And of course meeting people from the region – fishermen, locals – gave us so much to work with.”

Luca is roughly set in the late 1950s, early 1960s, but Casarosa’s goal is to make it seem timeless. The details that go into the setting of the town and the people all come from the Italian culture of that era. Why this time period? Casarosa explains that the cinema and the music of the time is iconic and special — the Italian Golden Age.

Of course, there is more to this story than the setting, the sea monsters, and the fact that Luca and Alberto need to keep their identity hidden, is a big part of it. Because of this, the creative team found a lot of their inspiration in Italian myths, legends, and lore. Casarosa explains that the inspiration behind this film not only came from summer days on the Italian Riviera with friends, it also came from the mythical stories that were told by local fisherman about sea monsters. “Some of these tales were actually made up by fishermen,” says Casarosa. “They’d find a great fishing spot and they didn’t want anyone to take it over.” This is reflected throughout the movie, and as seen in the trailer, with the statues and paintings of sea monsters throughout the small town.

The character of Luca actually took a year to design, explains Strijleva. This is because the team wanted to take the time to get to know him. “Enrico always wanted Luca to be a bit of an introvert and someone who was curious, but it took us a bit longer to figure out that Luca is a dreamer,” she says. “He has a strong imagination and a really evolved inner life. That’s when the character came to life for me.”

Luca is unlike any feature that Pixar has done before when it comes to the stylistic approach. It is inspired by 2D animation, but combined with the Pixar richness that has come to be expected. Working from home allowed the team to record their conversations, so they could go back to them while working, which really helped with the world building. The inspiration behind a lot of the animation, specifically the water, is exaggerating the real. The effects team created the sea itself, and the goal was never photo realism. Much of what they tried was too real, but they wanted something unique for Luca.

The goal was to bring a sense of fantasy to the film, while still giving the characters a sense of tangible reality. This was indeed a challenge for them, as Pixar is comfortable with realism, and simplified elegance is a hard turn away from what they know, which forced the team to grow as artists. They were able to inject the artist’s touch into each and every stage of the process, which is why it works so well. One of the biggest challenges is the splashing. The team settled on a bit of a cartoon splash. This means that instead of allowing the physics to dictate the splash, they literally created the shape of the splash themselves. 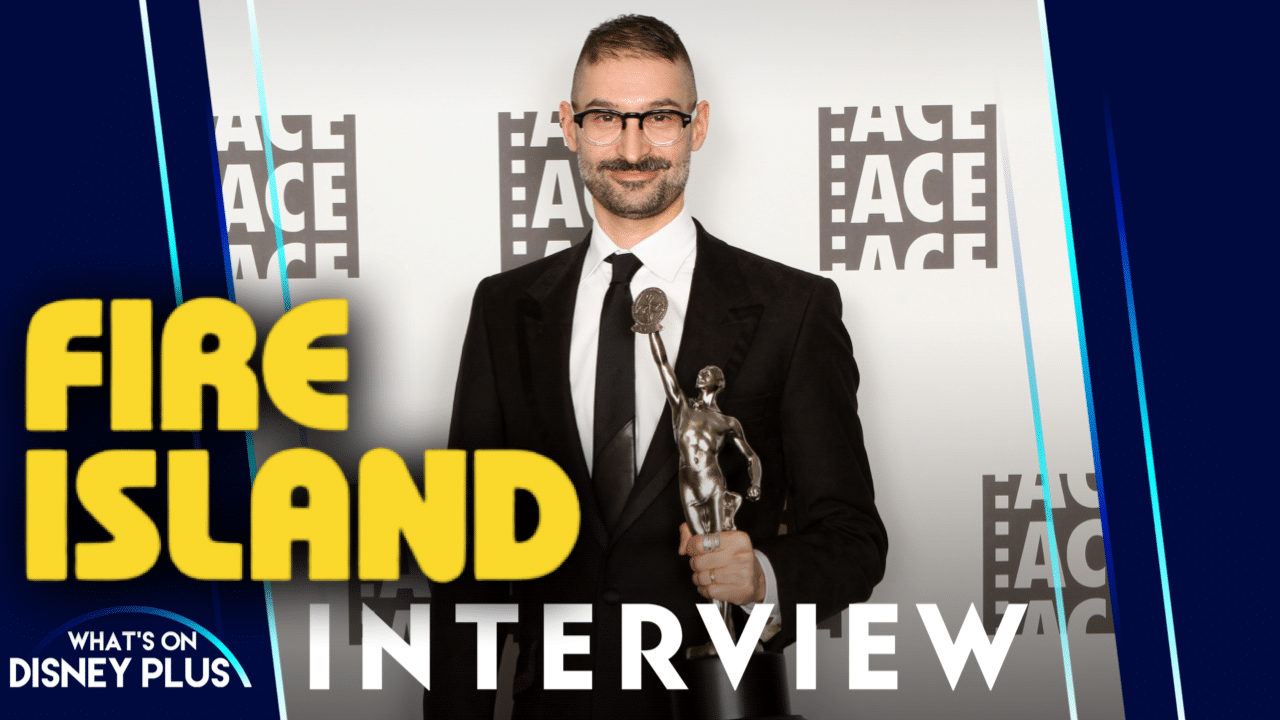