The newest Disney+ series, Disney Gallery: The Mandalorian is an eight-episode documentary series that shows a behind the scenes look at the making of Star Wars: The Mandalorian.

In the first episode, it focuses on the directors, which include Dave Filoni, Rick Famuyiwa, Deborah Chow, Bryce Dallas Howard and Taika Waititi.   The core part of this episode is a roundtable conversation that is hosted by Jon Favreau, who is the show’s creator and oversaw the whole series.

Each director gets to talk about their experiences making the show, their history and how they got involved in the project.   Showcasing each person’s unique knowledge and skillset, plus giving us an insight into how they worked together.

One of the more interesting things I personally learned from this episode, was how the directors were involved in one another episodes. I assumed each director only spent time making their episode, but from the behind the scenes footage, they are shown together on many different occasions.   You also get to see some footage of how the set looked and the crew messing around on set.

There are also some individual interviews with each of the directors involved, however this felt more like something you might find on a DVD extra or featurette.  I personally found the roundtable aspect much more fun to watch since it sounded more like a podcast, more natural. Then it would flip to a solo interview, resulting in it losing the flow and uniqueness that the roundtable provided.    Though whenever Taika was talking, I usually ended up laughing at something he said.  He’s got a unique character and charm that draws you in to watch. 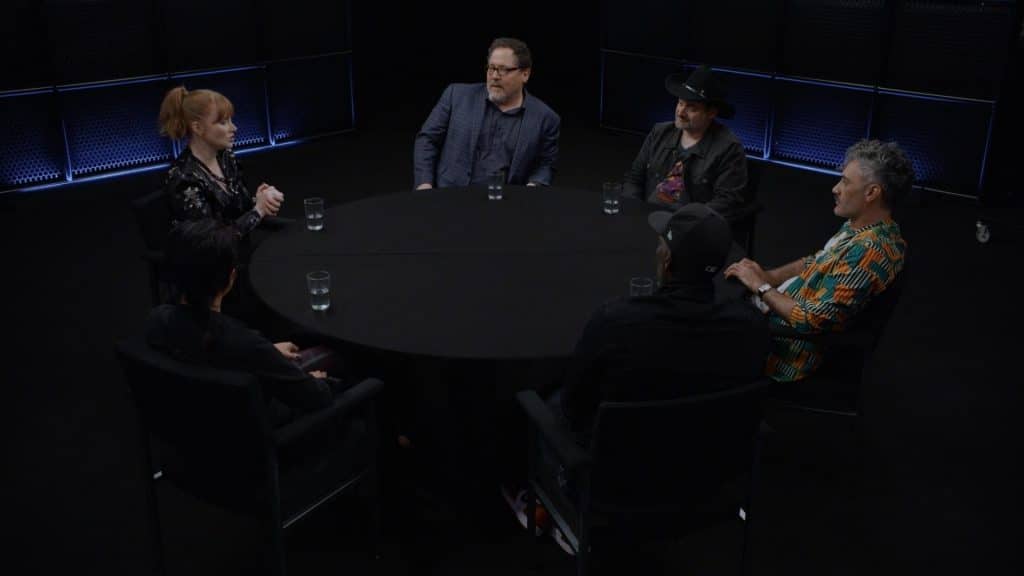 At over 30 minutes long, this is for serious Mandalorian fans only or for those who have an interest in the behind the scenes aspect of making shows or movies.  For your average Star Wars fan, this won’t hold their attention and I suspect many viewers probably won’t get through the whole series after watching an episode or two.

Stretching out this documentary series to eight episodes, means there could be nearly 4 hours of behind the scenes content, yet the main Mandalorian series isn’t much longer than that.  The whole show felt a little too “fluffy”, too polished and ultimately a little drab.   It also feels like a show that should have been released in January, just after the show finished its initial release.

Anyone coming into the show expecting to find out something new or see something about the second season, is going to be disappointed.   It just feels like an extended bonus feature, sometimes feeling like a commercial for the show and those involved in making it.   If you’re going to invest 4 more hours into the first season of The Mandalorian, I’d suggest just watching the show again instead., since this is for die hard fans only.

Roger has been a Disney fan since he was a kid and this interest has grown over the years. He has visited Disney Parks around the globe and has a vast collection of Disney movies and collectibles. He is the owner of What's On Disney Plus & DisKingdom. Email: Roger@WhatsOnDisneyPlus.com Twitter: Twitter.com/RogPalmerUK Facebook: Facebook.com/rogpalmeruk
View all posts
Tags: disney gallery, review, the mandalorian