Walt Disney Television is set to undergo a major change, as Deadline has revealed that the chairman of Disney General Entertainment Content, Peter Rice, has been fired.  Nothing has been officially announced, but it’s being reported that it was a business decision and didn’t have anything to do with any personal behaviour. 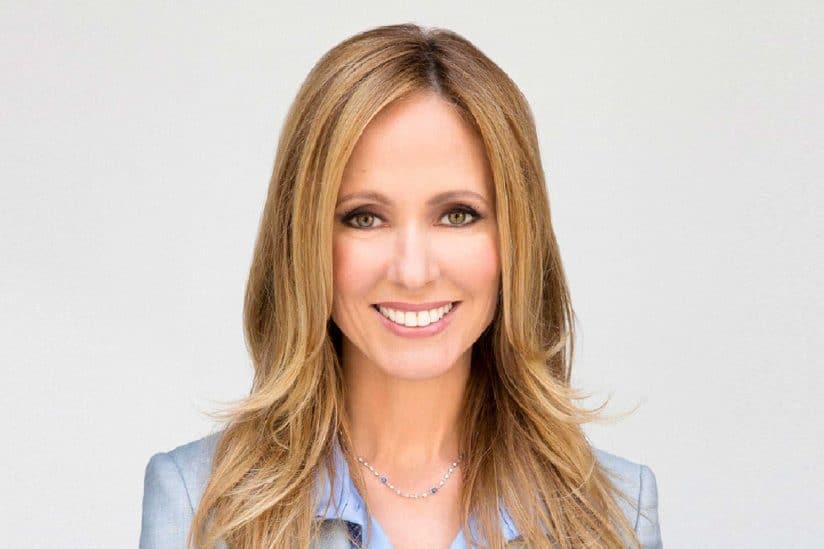 It’s been revealed that Dana Walden, who is currently the Chairman of Entertainment for Walt Disney Television, will be taking over the role.

This continues the high-level executive restructuring that has been taking place at Walt Disney since Bob Chapek took over from Bob Iger as the CEO. There has also been lots of speculation that Peter Rice was being lined up to replace Bob Chapek as CEO.

Peter Rice signed a new contract with Disney last year that runs until 2024, which will be paid.

“Dana is a dynamic, collaborative leader and cultural force who in just three years has transformed our television business into a content powerhouse that consistently delivers the entertainment audiences crave,” Chapek said. “Her well-earned reputation for championing creative talent and developing programming that truly captures the cultural zeitgeist has resulted in hit after hit, from ABC’s Abbott Elementary and Onyx Collective’s Academy Award-winning Summer of Soul, to Hulu Originals like Only Murders in the Building, Dopesick, The Dropout and The Kardashians. She and Peter have worked closely together for years to create the best programming in the industry, and I can think of no one better than Dana to lead Disney General Entertainment to even greater heights.”

“It is an incredible honor to be asked to lead this amazingly talented team—they are truly the absolute best in every respect—and I am grateful to Bob for this once-in-a-lifetime opportunity,” Walden said. “Disney General Entertainment’s culture of creative excellence and originality has made us home to many of the most talented creators in the business. I am humbled to lead this team, and I am confident that together, we will continue to build on the foundation of culture-defining entertainment we have achieved so far.”

Under Walden’s leadership, ABC has been the No. 1 entertainment network for three consecutive seasons—the first time that has happened in 25 years. And since assuming leadership of the Hulu Originals slate of series in 2019, the streamer has seen record viewership for the aforementioned hits, as well as The Handmaid’s Tale, Little Fires Everywhere and Nine Perfect Strangers.

At Disney Television Studios, Walden has overseen the production of such iconic and hit series as Grey’s Anatomy, The Simpsons, Family Guy, Bob’s Burgers and 9-1-1. The areas under her oversight have collectively earned an impressive 270 Emmy® nominations and 23 wins since she joined Disney.

During her 25 years at 21st Century Fox, the studios overseen by Walden amassed 184 Emmy® wins, 29 Golden Globes®, 17 Screen Actors Guild Awards and 24 Peabody Awards and Humanitas Prizes. Additionally, Walden was responsible for numerous No. 1 broadcast hits like This Is Us, Empire and Glee, to multiple Emmy Award winners Modern Family, Homeland, Ally McBeal, Arrested Development, The Practice and Boston Legal. Other landmark series overseen by Walden include 24, How I Met Your Mother, New Girl and Buffy the Vampire Slayer. She has also overseen along with John Landgraf the long and successful partnership between 20th Television and FX and FX Productions, resulting in The Americans, Sons of Anarchy, Pose, American Horror Story and the American Crime Story franchise.

In 2021, she received a Lifetime Achievement Award from Harvard Undergraduate Women in Business. She has received the National Association of Television Program Executive’s Brandon Tartikoff Legacy Award and was named MIPCOM’s Personality of the Year. In 2013, she was inducted into Broadcasting & Cable’s Television Hall of Fame. She has been named Showman of the Year by Variety, Television Showman of the Year by the Publicists of the International Cinematographers Guild, and Executive of the Year in 2019 by The Hollywood Reporter.

Walden began her career at the public relations firm Bender, Goldman & Helper. At Fox, she rose through the ranks in roles that ranged from communications to programming, ultimately serving as executive vice president of Drama before being named head of the studio in 1999. She sits on the board of directors for Live Nation Entertainment and UCLA’s Jonsson Comprehensive Cancer Center. Additionally, she is a member of USC’s President’s Leadership Council and the President’s Circle of the NAACP.

Roger has been a Disney fan since he was a kid and this interest has grown over the years. He has visited Disney Parks around the globe and has a vast collection of Disney movies and collectibles. He is the owner of What's On Disney Plus & DisKingdom. Email: Roger@WhatsOnDisneyPlus.com Twitter: Twitter.com/RogPalmerUK Facebook: Facebook.com/rogpalmeruk
View all posts
Tags: peter rice