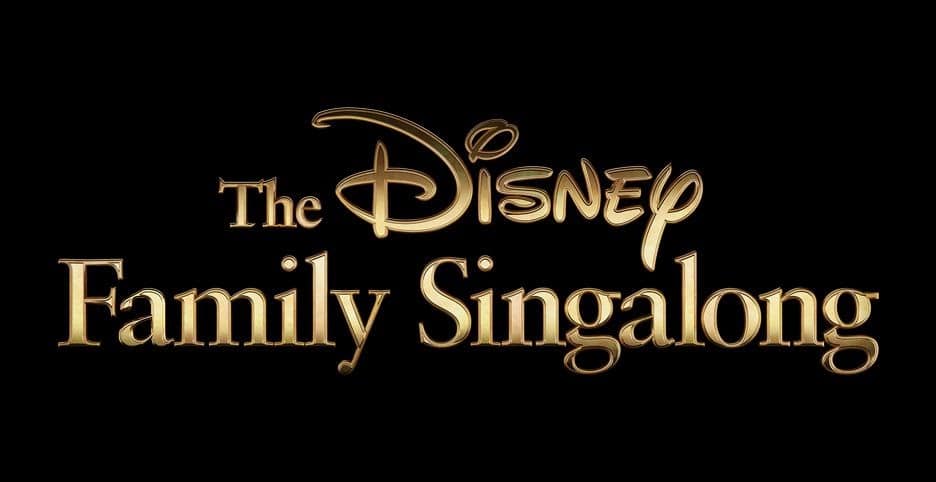 With people around the world staying home, many of us are looking for something fun to watch and Disney’s Family Singalong is a perfect way to bring people together.

This special brought in over 10 million viewers when it aired on ABC last week and it’s quickly been added to Disney+, where no doubt it will be a huge success.   It’s the ultimate YouTube-style collaboration, with some major singers involved, including Beyonce, Ariana Grande, Josh Gad, Luke Evans, Christina Aguilera, Donny Osmond, Auli’i Cravalho and many more.

One of the things that makes this show special is that it’s just about having fun, with celebrities putting on performances from their own homes.    Some of the celebrities take it super seriously, putting on excellent performances, while others just get their family involved, with their children and partners singing along with them, which is a nice mix.

This is a show that wouldn’t have worked last year, it would be deemed cheap television as some of the home footage is a bit ropey, some of the stars obviously are used to recording at home and have high quality equipment.   But in these strange times, it completely works, especially as the team behind the show have done a great job in editing it together, keeping it nice and tight, so it’s fun to watch.

Most of the songs also include the classic “Singalong” bouncing ball along the bottom of the screen so people can sing along with them, just like those home video versions!   So that’s going to make this easier for kids (and adults) to join in. I suspect this special is going to be watched on repeat by many Disney+ subscribers while they have to stay at home.   Once we all get back to normal, this special might not be something people return to, but for right now. It’s great entertainment.

With over 20 different performances squeezed into 52 minutes, some of my favorite performances from the show include the opening dance number from Derek Hough, Hayley Erbert and Julianne Hough.  It was goofy, but fun. I also really enjoyed the performance of Gaston from Josh Gad, Luke Evans and Alan Menken. Luke Evans really went for it!

One thing that stood out to me, was that it saw all the celebrities come together and show support for key workers in the finale.  Unlike the One World Together At Home concert, which also aired across the globe last week, by taking away each celebrity saying a similar thing before each performance, it kept the pace much faster and so I found it more enjoyable.

I was really impressed with this special, it was light, uplifting and fun to watch.   Right now, it’s a perfect distraction from the real world and reminding us all that “we are all in this together!”.

Roger has been a Disney fan since he was a kid and this interest has grown over the years. He has visited Disney Parks around the globe and has a vast collection of Disney movies and collectibles. He is the owner of What's On Disney Plus & DisKingdom. Email: Roger@WhatsOnDisneyPlus.com Twitter: Twitter.com/RogPalmerUK Facebook: Facebook.com/rogpalmeruk
View all posts
Tags: review, singalong