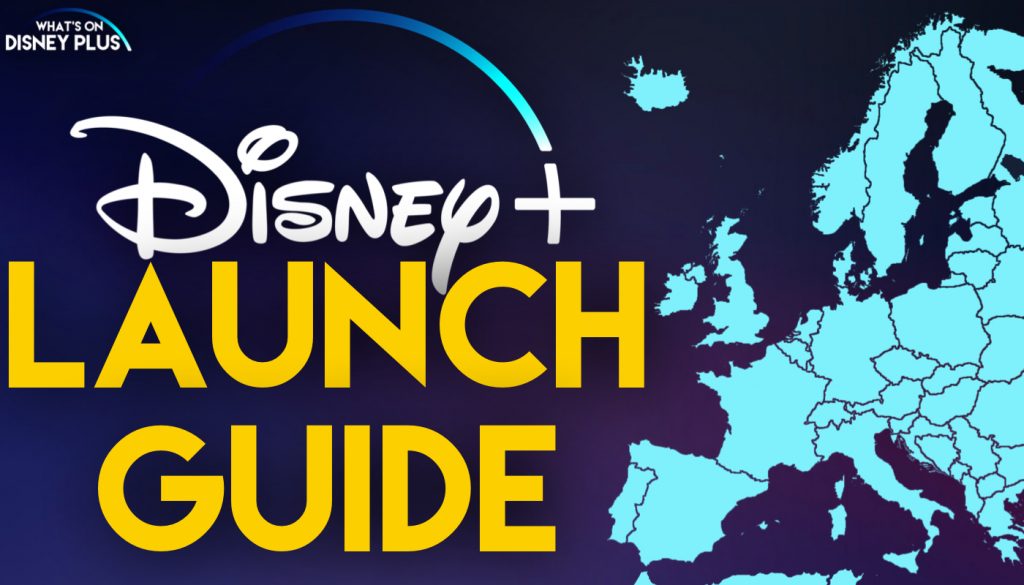 Disney+ launches next week and there are still many questions about the new streaming service, so here are some of the details you need to know.

When Does Disney+ Launch?

Disney+ is launching in the UK, Ireland, Germany, Italy, Spain, Austria, and Switzerland on March 24th.   With the French launch delayed until April 7th.  Additional Western Europe markets, including Belgium, the Nordics, and Portugal, will follow in summer 2020.

How Much Is Disney+ ?

Is There A Free Trial?

Disney will be offering a 7 day free trial to everyone.

Will Disney+ Have Adverts?

Disney+ will be free of adverts.

The app won’t be available until the service launches.

What Devices Will Disney+ Work On?

Disney+ will allow you to download as many movies and shows as you can fit on your device.  However the app will occasionally need to connect to verify you are still a active subscription.

How Many People Can Use A Subscription?

A Disney+ subscription allows up to 7 users, which can all have different profiles and icons.  The users can be up to 10 different devices and will let up to four people stream content from Disney+ at once.

What Movies & Shows Will Be On Disney+

Disney+ will include hundreds of movies and shows from across Disney, including brands such as Marvel, Star Wars, 20th Century Fox, National Geographic and Pixar.  There will be over 500 movies available and 7500 episodes available.  There will be 5000 episodes from the Disney Channel, all 30 seasons of the Simpsons and many more.  Check out the current list of shows and movies here.

Disney+ will feature many original movies such as Noelle, Lady & The Tramp, Togo, Timmy Failure and many more.  There will also be lots of new exclusive shows including The Mandalorian, Encore, The World According To Jeff Goldblum, Star Wars: The Clone Wars and many more.

Will Disney+ Have Every Disney Movie?

Unfortunately, Disney+ won’t have access to the entire back catalog straight away, due to existing contracts with other providers such as Netflix.  Over time, this will become less of an issue.

Will Disney+ Have New Movies?

All new Disney movies from 2019 onwards will go to Disney+ once they’ve finished their theatrical and home video runs, so roughly 6 to 8 months after they’ve been released in theatres.  Disney+ will include new blockbusters including “The Lion King”, “Toy Story 4” and “Aladdin”.

Unlike many streaming services, Disney+ doesn’t charge extra for viewing movies and shows in 4K.  However there is only a limited amount of 4K content available.

Is Video Quality Being Affected Due To The Coronavirus?

Due to the current situation with the Coronavirus, the European Union has asked for streaming services to reduce their bandwidth, to help keep the internet running smoothly while so many people are home.  So the options for 4K maybe temporarily either unavailable and video quality maybe lower than expected.

When Will New Shows & Movies Be Added?

Disney has confirmed many of the new shows and movies will be added each Friday.  Though titles can still be added on other days of the week.  During launch week, the first episodes will be available on Tuesday, with the second episodes arriving on Friday.

Can I binge Watch The Whole Season On Launch Day?

Disney won’t be following Netflix’s approach of offering the entire season of a show on the first day, they will be releasing shows week to week.   While many of the Disney+ Originals are already available in many countries, Disney will be releasing most of its original content weekly, until it catches up with the United States.

Each country will have some regional variations due to existing contracts that prevent Disney adding all their shows and movies.  This will eventually become less of an issue as those contracts expire.

What If I Already Have DisneyLife?

DisneyLife will no longer be available from 23 April 2020. Current DisneyLife subscriptions will automatically end on the next billing date after 23 March 2020.

If you were a DisneyLife subscriber, to continue streaming your favourite Disney movies and series – plus much more – take advantage of our time-limited offer and pre-order Disney+ for just £49.99/year.

Please note that any account transition from DisneyLife to Disney+ is not automated. DisneyLife subscribers will have to sign up for a Disney+ subscription. When Disney+ goes live on 24 March 2020, you can download the Disney+ app on your favourite devices, create a new account to log in and stream the stories you love as well as new originals, all in one place.

Can I use Disney+ outside my home country?

While travelling abroad in the EU, you may see a message that Disney+ is not available in your location. If you see that message, and we have verified your UK or EU residence, you will still be able to access the version of Disney+ available in your home country by simply logging into your account.

How can I verify my home country?

I’ve Already Signed Up, How Can I Log In On Launch Day?

If you have already signed up for Disney+, you might not remember your login details.  When you signed up, you provided Disney with an email address and password to create a Disney ID, or you already had one set up.  So your username will be your email address.

Note: The Walt Disney Company uses a unified registration system, which means you have a single Disney account (associated with an individual email address) across several Disney digital products and experiences.

Once you enter the one-time passcode and verify your Disney+ credentials, your account sign-in details will be updated for all products and experiences from The Walt Disney Company that use your Disney account.

Roger has been a Disney fan since he was a kid and this interest has grown over the years. He has visited Disney Parks around the globe and has a vast collection of Disney movies and collectibles. He is the owner of What's On Disney Plus & DisKingdom. Email: Roger@WhatsOnDisneyPlus.com Twitter: Twitter.com/RogPalmerUK Facebook: Facebook.com/rogpalmeruk
View all posts
Tags: disney, europe, launch guide