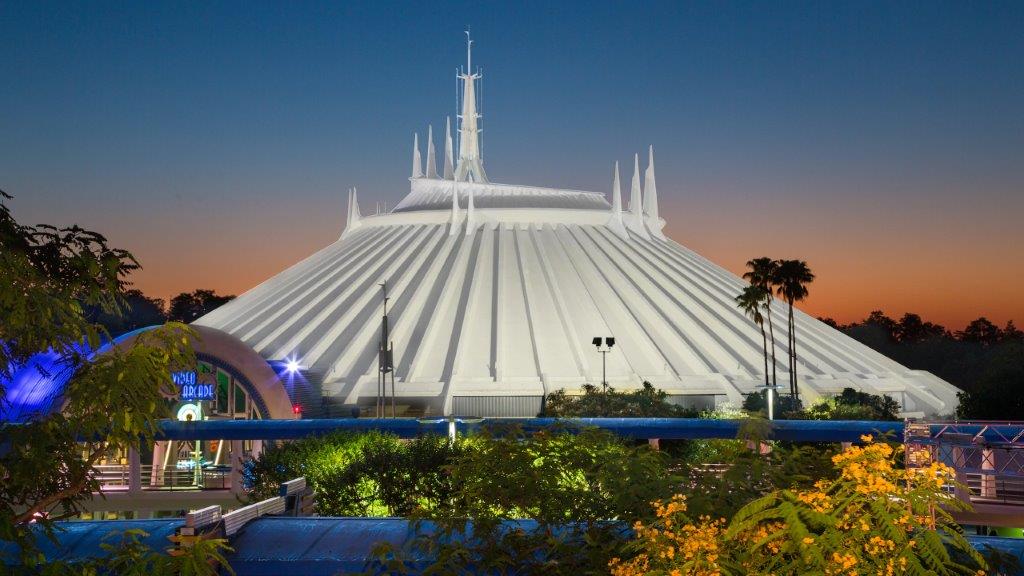 Disney is once again looking to its classic theme park attractions for inspiration for movies, as “The Hollywood Reporter” has revealed the next ride to get a film will be “Space Mountain”.

The new live-action movie’s script will be written by Joby Harold, who has previously worked on “King Arthur: Legend of the Sword” and is currently working on the new Star Wars Obi-Wan Kenobi series for Disney+.  He will also be producing the film with his wife Tory Tunnell under their Safehouse Pictures banner.  The film is also being produced by Rideback, which is run by Dan Lin and Jonathan Eirich, who were behind the live-action version of “Aladdin”.

“Space Mountain” is set to be a family adventure film and is intended to be released in theatres, rather than being a Disney+ Original.

In the attraction, guests race through the cosmos in the dark to the edge of the galaxy and back on a thrilling roller-coaster ride.  With variations of the ride found in Disneyland, Walt Disney World, Disneyland Paris, Tokyo Disneyland and Hong Kong Disneyland.  The original “Space Mountain” opened at Walt Disney World’s Magic Kingdom in 1975.

Disney has had mixed success with movies based off theme park attractions, while the “Pirates of the Caribbean” has been a huge success, “Tomorrowland” (which had a Space Mountain cameo), “Tower Of Terror”, “The Haunted Mansion” and “The Country Bear Jamboree”, weren’t.

Would you like to see a “Space Mountain” movie?

Roger has been a Disney fan since he was a kid and this interest has grown over the years. He has visited Disney Parks around the globe and has a vast collection of Disney movies and collectibles. He is the owner of What's On Disney Plus & DisKingdom. Email: Roger@WhatsOnDisneyPlus.com Twitter: Twitter.com/RogPalmerUK Facebook: Facebook.com/rogpalmeruk
View all posts
Tags: space mountain