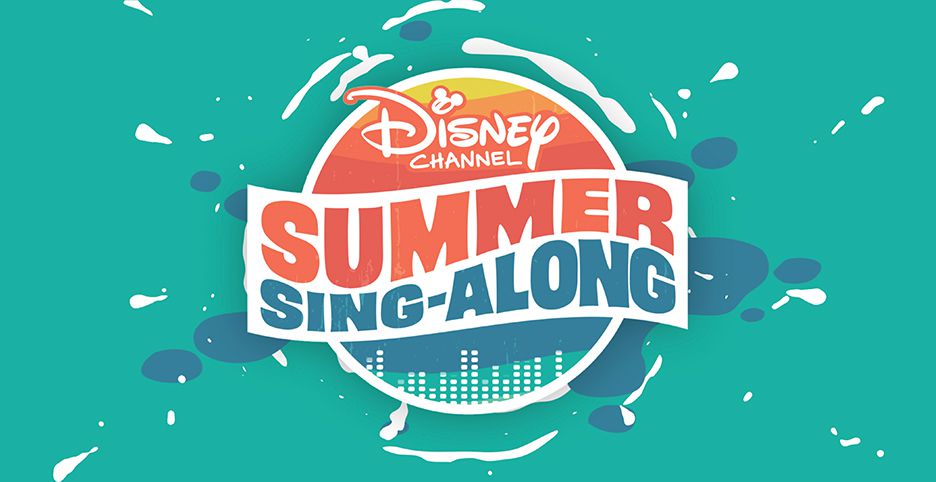 Following on from the massive success of the ABC “Family Sing-Along” specials, the Disney Channel has made its own version for the summer, featuring many of today’s multitalented stars, along with many special guests.  In this special, we get to see Disney Channel stars perform iconic songs from Disney Channel Original Movies such as “High School Musical 2,” “Camp Rock 2,” “Let It Shine,” “Descendants 3” and “ZOMBIES” from their homes.

There are lots of big performances in this special and for fans of the current Disney Channel Original Movies, this is a really enjoyable way of having a sing and a dance at home.  For older viewers, it might not be as appealing as the previous Sing-Along specials, but for the target audience of Disney Channel viewers, this is a nice addition to Disney+.

The sing-along also features a beach ball bouncing along the bottom of the screen, along with the lyrics, so audiences can sing and dance along with their favorite stars to iconic songs from popular movies.

Unlike those ABC specials, this one is much more polished, much less blurry or blocky iPhone footage, it’s very noticeable that the team behind this special is using much better equipment and having some professionals on hand to film it, since many of the adult actors are located in a studio, rather than being at home.  The use of green screens also improves the look of the show, since the group performances look more unified, especially with the bright, colourful backgrounds.

However, it does lack the charm of those ABC specials, since that was made during a weird time, which everyone was experiencing.  This special doesn’t have that same feeling, but you can really tell everyone involved in making this was having a blast, just messing about in their house or garden.    The addition of the bloopers at the end was a nice touch and helped showoff that made-at-home vibe.

Personal highlights include “We Own The Summer”, which was much more laid back and showcased everyone having fun in their gardens, with “Guardian Angel” from “Let It Shine” standing out as one of the best performances on the show. With Olivia Rodrigo showcasing a stunning performance of her song from “High School Musical: The Series”, “All I Want”, which is one of my favourite songs from the past year.

It’s fun and enjoyable, I’m sure Disney Channel fans are going to be watching this multiple times and I found it to be a nice pleasant show, its a bit corny, but its jam-packed with fun and a perfect way to just kick back, sing and dance along if you can, own the summer!

Roger has been a Disney fan since he was a kid and this interest has grown over the years. He has visited Disney Parks around the globe and has a vast collection of Disney movies and collectibles. He is the owner of What's On Disney Plus & DisKingdom. Email: Roger@WhatsOnDisneyPlus.com Twitter: Twitter.com/RogPalmerUK Facebook: Facebook.com/rogpalmeruk
View all posts
Tags: review, summer sing-along