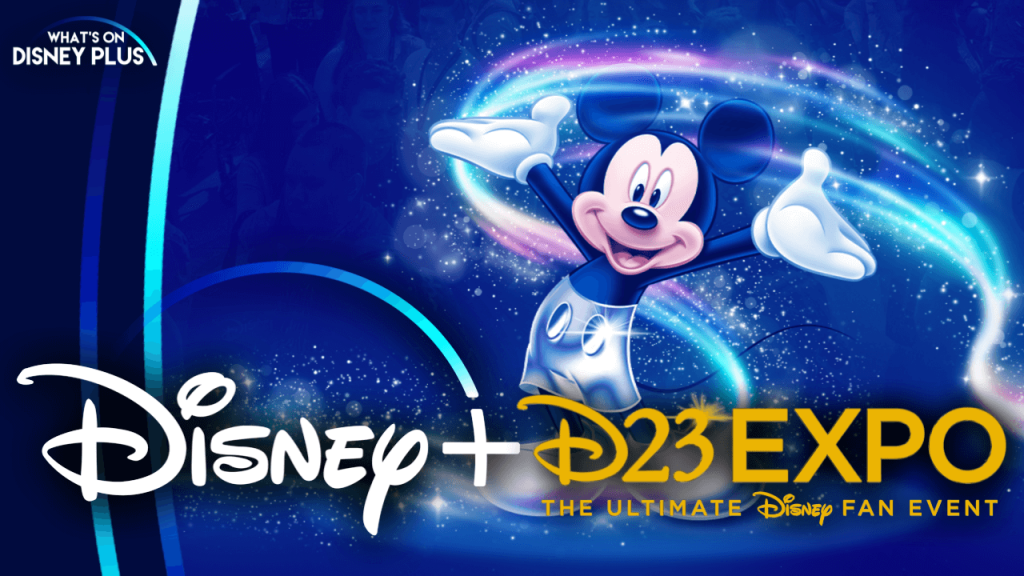 This special bi-annual event brings together all the worlds of Disney under one roof for three packed days of presentations, pavilions, experiences, concerts, sneak peeks, shopping, and more. The event provides fans with unprecedented access to Disney films, streaming, television, games, theme parks, and celebrities.

At the last D23 Expo in 2019, Disney+ was just months away from launching, and Disney used the event to promote not just the launch lineup of shows and films, but also to announce new content coming down the road, such as the “Obi-Wan Kenobi” series.  And this year’s D23 Expo also is shaping up to promote Disney+ and its new content even more. 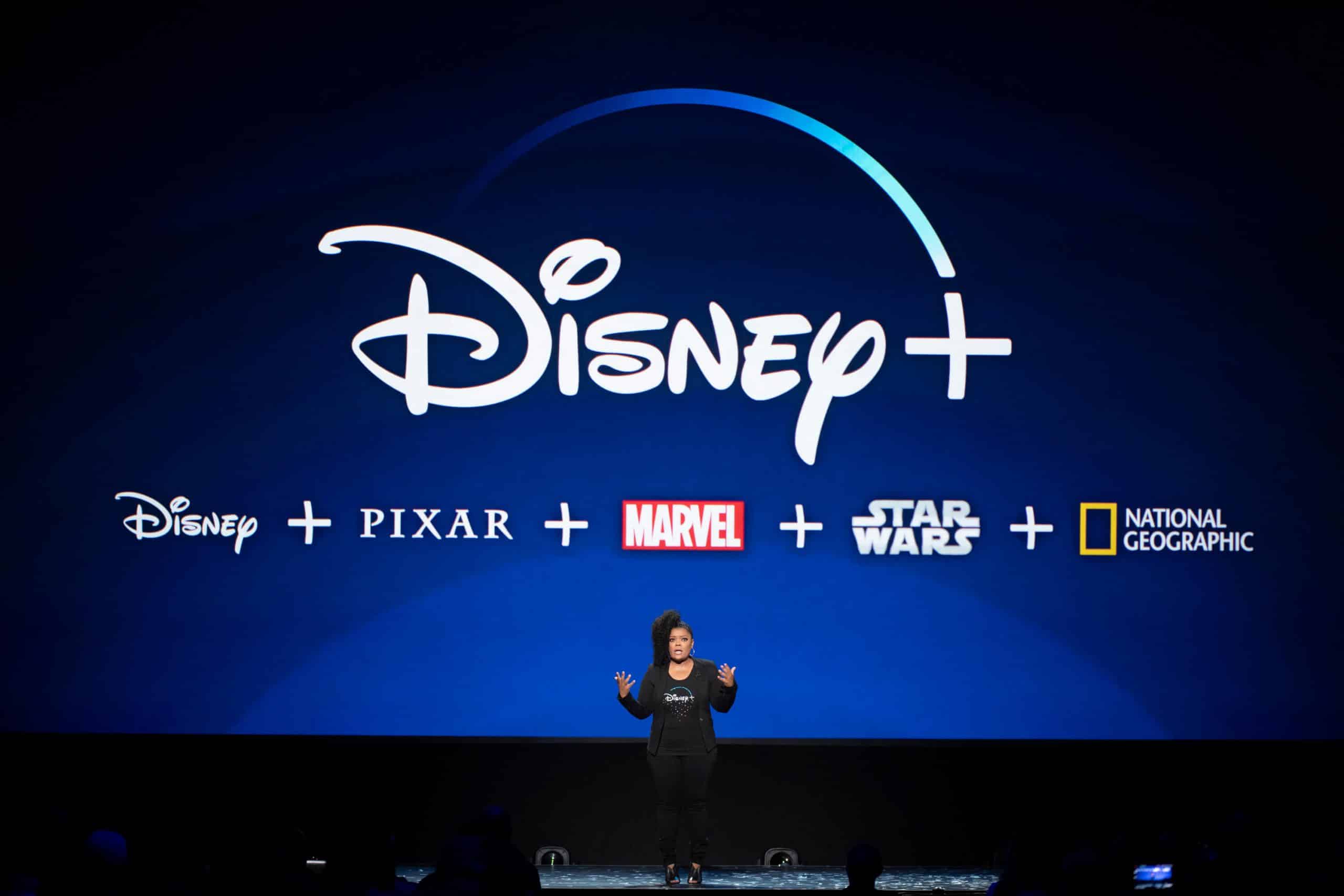 Throughout the weekend, Disney+ subscribers attending D23 Expo will be able to unlock special giveaways or promotions at Offer Spots on the show floor when they present their Disney+ subscriber pass, which can be picked up at D23 Expo starting on Thursday 8th September 2022.

Here’s a look at some of the Disney+ related panels, activities and much more, that will be available at this year’s D23 Expo:

Note: This is subject to change, and this guide will be updated with new details as it’s announced.

The biggest presentations take place in “Hall D23,” the 6,900-seat venue located in Hall D of the Anaheim Convention Center. The schedule of Hall D23 Events and Presentations is as follows:

This presentation kicks off at D23 Expo on Friday, September 9 at 10:30 a.m. with an epic presentation that includes the Disney Legends Awards Ceremony, featuring Disney CEO Bob Chapek. Legends will once again honour those visionaries and artists who have made significant contributions to the Disney legacy. 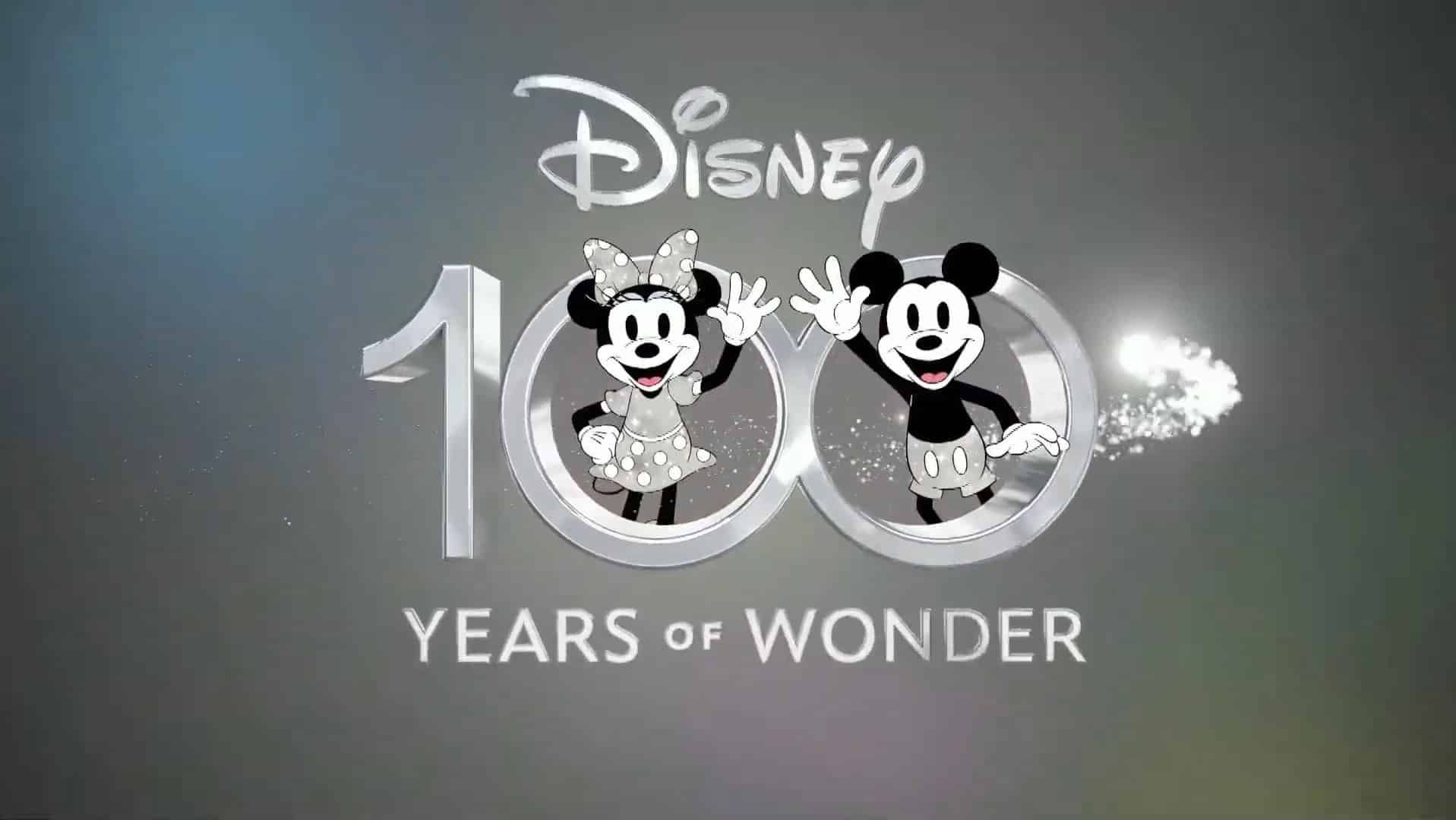 Looking Ahead With The Walt Disney Studios

Disney Animation and Pixar are teaming up with Disney Live Action on Friday afternoon, welcoming thousands of Disney fans to Hall D23 for a special look at upcoming films and series. Pixar Animation Studios’ Chief Creative Officer Pete Docter and Walt Disney Animation Studios’ Chief Creative Officer Jennifer Lee will present never-before-seen footage, surprise announcements, musical performances, and appearances by all-star voice talent from the studios’ upcoming slate of original animated films and series. Fans will get an insider’s view at Pixar’s unique, perspective-shifting, long-form series Win or Lose, which launches on Disney+ next year. Pixar’s Peter Sohn, who helms the 2023 feature Elemental, will transport fans to a city where fire-, water-, land-, and air-residents live side by side. Disney Animation’s Academy Award-winning director Don Hall will journey alongside fans deep into an uncharted and treacherous land with Strange World—releasing November 23—and Disney Animation and their collaborators from the Pan-African comic book company Kugali will reveal new details about Iwájú, a long-form sci-fi series set in Lagos, Nigeria, that launches on Disney+ next year. Cell phones, cameras, and all recording devices will be checked for this presentation. 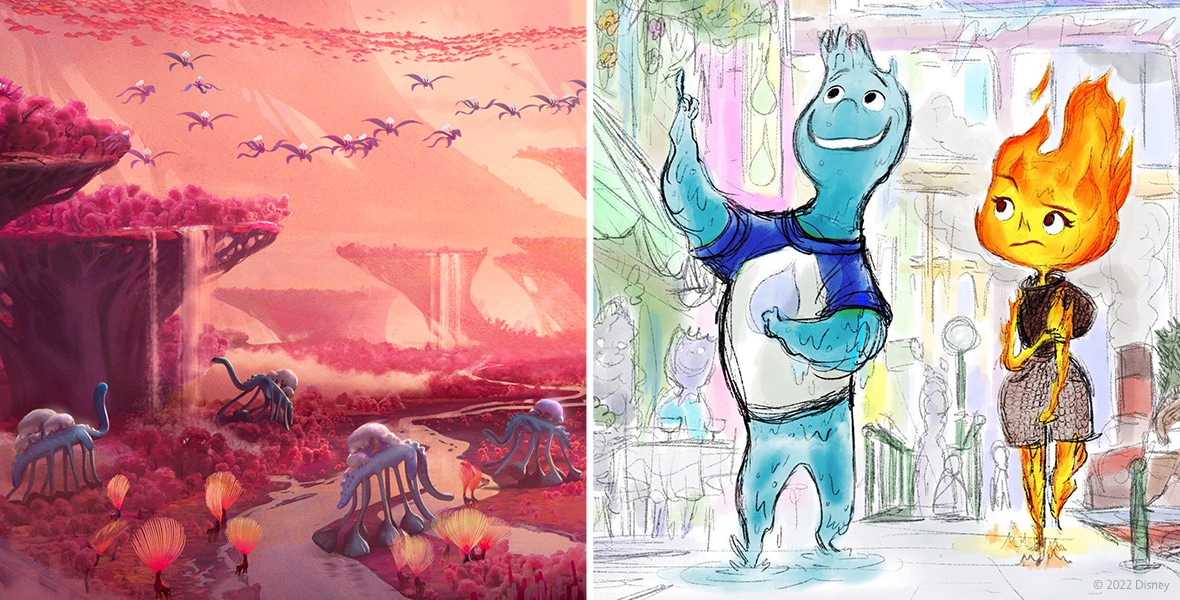 Filmmakers, celebrity talent and surprise guests join representatives from Marvel Studios, 20th Century Studios and Lucasfilm, onstage in Hall D23 to showcase theatrical and Disney+ titles on Saturday, September 10, at 10 a.m. Going behind the scenes of these studios’ highly anticipated films, specials and series, attendees will see exclusive footage and be among the first to learn what’s in the works.

Join Disney Branded Television for an exclusive showcase that highlights a legacy of excellence in storytelling and includes talent appearances, performances, and never-before-seen previews of original content for Disney+, Disney Channel, and Disney Junior.  An exclusive showcase of upcoming content that will carry on the legacy of excellence in storytelling with a look at the new Disney+ Original series National Treasure, American Born Chinese, and The Santa Clause.

On Sunday, September 11, at 10:30 a.m., join Disney Parks, Experiences and Products Chairman Josh D’Amaro for a look at Disney’s boundless future. With announcements and updates on the magic happening around the world in parks, on the high seas, at home, and beyond, attendees will get a behind-the-scenes look at the big dreams of Disney Imagineers. Every Disney fan will want to be a part of this special presentation full of exciting news and surprises. 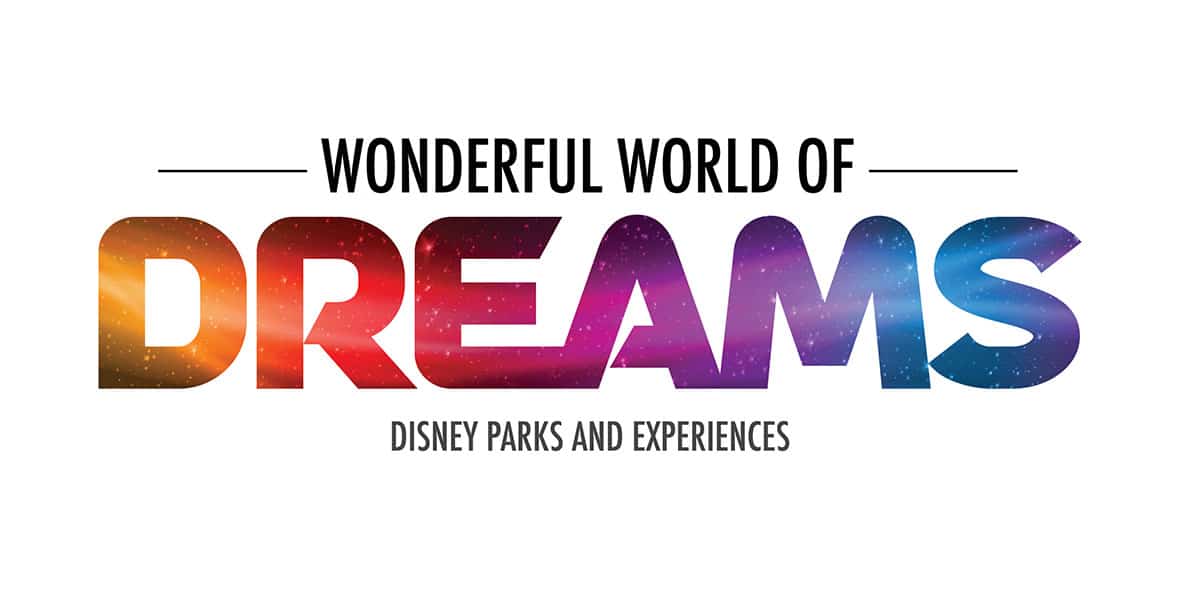 On the show floor, The Disney Bundle Pavilion will showcase the unprecedented collection of entertainment and sports content offered across Disney+, Hulu, and ESPN+ with special programming and experiences.

Disney+ will exhibit two unique installations for fans to experience. A lenticular installation offers guests an opportunity to look for their reflection among the moving images, while a Disney+ holographic display will surprise guests with beamed-in appearances by their favorite characters.

Hulu invites guests to “Check in to Their Obsessions” as they walk through the iconic Hulu green vessel and are transported to a world filled with all their Hulu favorites, offering something for every type of viewer— whether they’re a pop culture aficionado or reality TV buff, or if their watch list is filled with adult animation or critically-acclaimed dramas. They will be able to join the Belchers for a Bob’s Burgers family photo opportunity, and put themselves in the hot seat of a confessional from their favorite reality TV shows, as they navigate a variety of immersive experiences.

ESPN+ offers fans a backstage pass that will give them a close-up look at some of the most iconic memorabilia in sports, including the College Football Playoff trophy, the UFC Championship belt, an El Clásico game ball, and more. Then, fans can complete their VIP fan experience by snapping a photo sitting behind a sports news desk.

Highlights of the tentative schedule are as follows with times subject to change (all times PT):

Here are some Disney+ panel highlights:

Behind The Scenes: ABC’s Beauty and the Beast: a 30th Celebration

A Celebration of Disney Animation’s Encanto

Disney Original Documentary’s Sneak Peek of Mickey: The Story of a Mouse

The Cast and Creators of the Disney+ Series The Proud Family: Louder and Prouder

FX’s AHS: Behind the Screams

Walt Disney Animation and Pixar will also be found on the show floor with some immersive animation experiences for fans, including a six-foot-tall red panda that will greet fans, celebrating Pixar’s “Turning Red” and a photo op with Buzz Lightyear and his robot companion cat Sox. Disney Animation will invite guests into the realms of Strange World, Encanto, and more through engaging photo experiences. Fans will also get opportunities to meet the teams behind the series and movies, with autograph signings of exclusive art and promotional item giveaways.

Disney General Entertainment is bringing more than 30 fan-favorite programs under one roof at this year’s D23 Expo. Through interactive activations on the convention floor at the “Journey Into Storytelling” pavilion, which will allow fans will immerse themselves in the wonders of storytelling from some of the most iconic and culture-defining shows across every genre on television and streaming, created by content brands ABC Entertainment, ABC News, Disney Branded Television, Freeform, FX, Hulu Originals, National Geographic Content and Onyx Collective.

Through the “Journey Into Storytelling” experience on the show floor pavilion, there is a story for everyone. Fans are invited to immerse themselves in the various worlds of their favorite programming, or perhaps even discover their new favorites, with interactive experiences from “Abbott Elementary,” “American Born Chinese,” “American Horror Story,” “Cruel Summer,” “Epic Adventures with Bertie Gregory,” “Fire of Love,” “Good Morning America,” “Grey’s Anatomy,” “The Kardashians,” “Legacy: The True Story of the LA Lakers,” “Limitless with Chris Hemsworth,” “National Treasure: Edge of History,” “Only Murders in the Building” and “ZOMBIES 3.” There will be photo and video activations along with gamification throughout the pavilion.

Here are some of the details on the Disney+ related activations:

Learn how to master the staff alongside the mythical Chinese heroes featured in Disney Branded Television’s “American Born Chinese.”

Gear up for an archeological adventure by searching for clues in the secret tunnel of the pyramid with Disney Branded Television’s “National Treasure: Edge of History.”

Push your own limits by becoming an explorer at some of the most stunning environmental settings around the world with National Geographic. 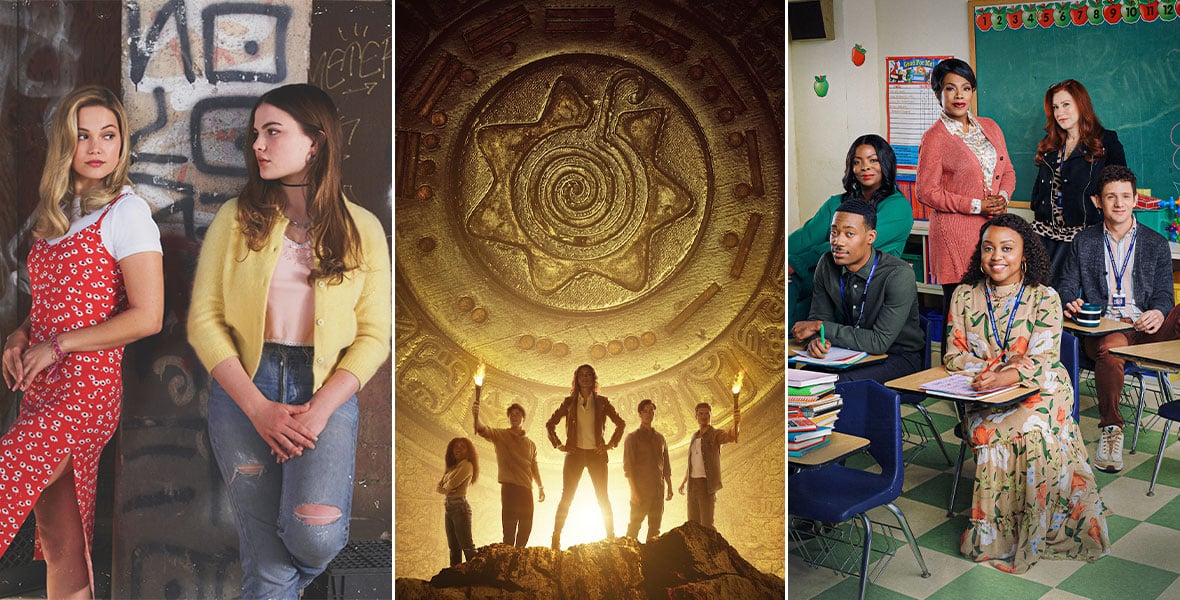 Disney+ Day will return the day before the D23 Expo starts on Thursday 8th September 8, 2022. In celebration, the streaming service will host special experiences for fans and subscribers, and will premiere new content from its marquee brands – Disney, Pixar, Marvel, Star Wars, and National Geographic.

Academy Award winner Robert Zemeckis directs this live action retelling of the beloved tale of a wooden puppet who embarks on a thrilling adventure to become a real boy. Tom Hanks stars as Geppetto, the wood carver who builds and treats Pinocchio (Benjamin Evan Ainsworth) as if he were his own son. Joseph Gordon-Levitt is Jiminy Cricket, who serves as Pinocchio’s guide as well as his “conscience”; Academy Award nominee Cynthia Erivo is the Blue Fairy; Keegan-Michael Key is “Honest” John; Academy Award nominee Lorraine Bracco is Sofia the Seagull, a new character, and Luke Evans is The Coachman.

The genre-busting series tells the story of Katie and Stefan who fall for each other at a wedding and begin an affair, despite Katie already having a fiancé. Two months later at Katie’s wedding, her new husband and his entire family are murdered. The police think Stefan did it. Stefan thinks Katie did it. And no one knows for sure what the truth is… The series is an action-packed romp across the UK and the US as Katie and Stefan go on the run, all while trying to prove their innocence. This series will be available on Hulu in the US, Star+ in Latin America and on Disney+ globally. 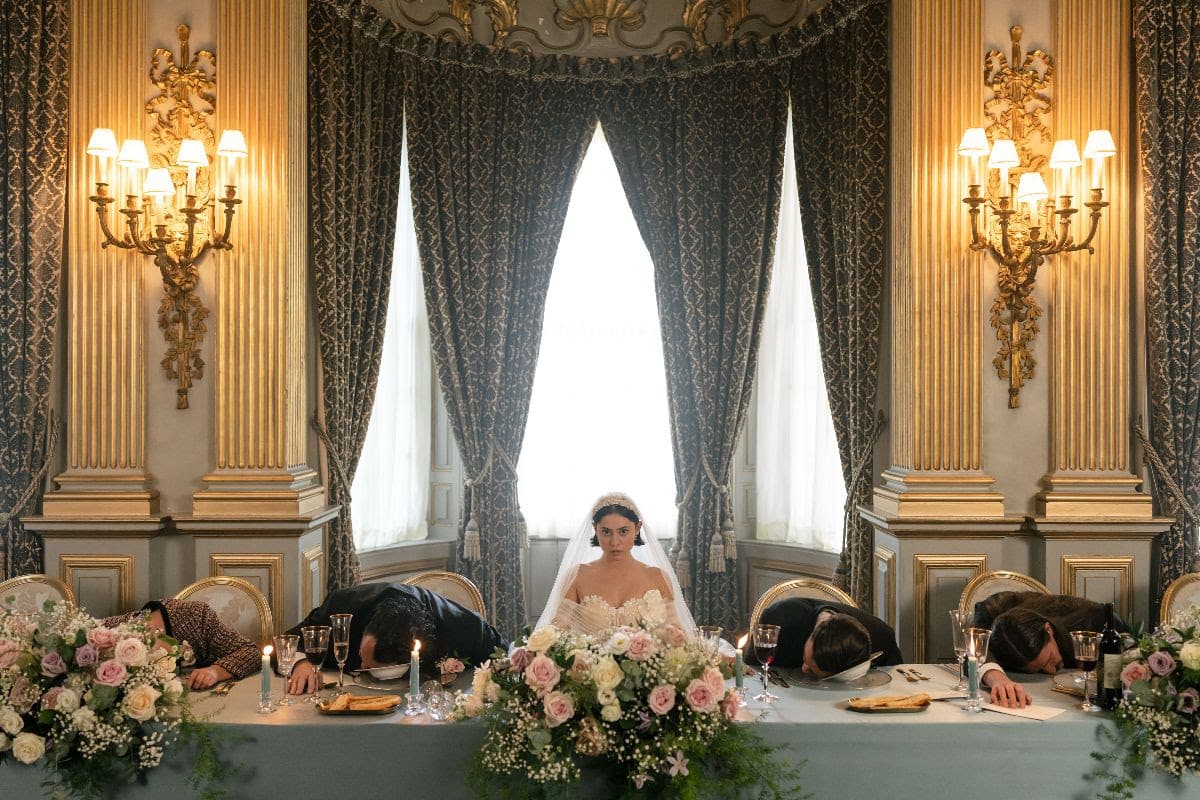 There are a few ways for attendees to navigate the shopping experience with ease: 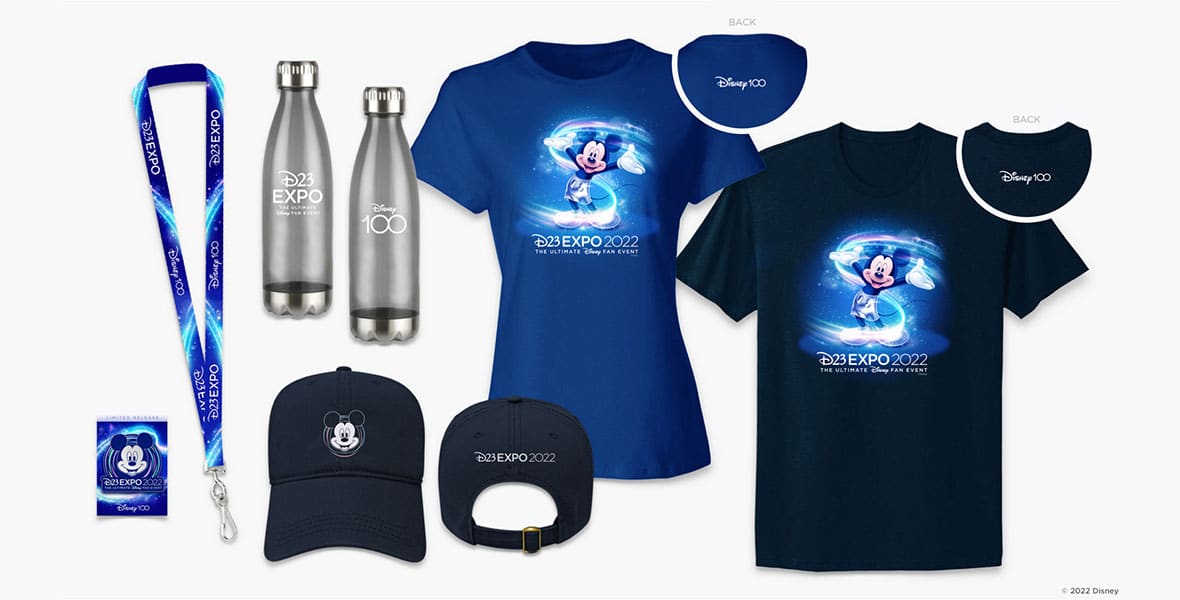 What’s On Disney Plus will be attending the D23 Expo and providing coverage of all the news and much more from the event.  So make sure you follow us on Twitter, YouTube and Facebook to keep up with the latest Disney+ news from D23 Expo.