Following the tragic mass shooting that happened at an elementary school in Uvalde, Texas, that left 19 children dead, Disney+ has added a warning message onto the details page of the series, “Obi-Wan Kenobi” in the United States.

The warning states that “There are certain scenes in this fictional series that some viewers may find upsetting.” 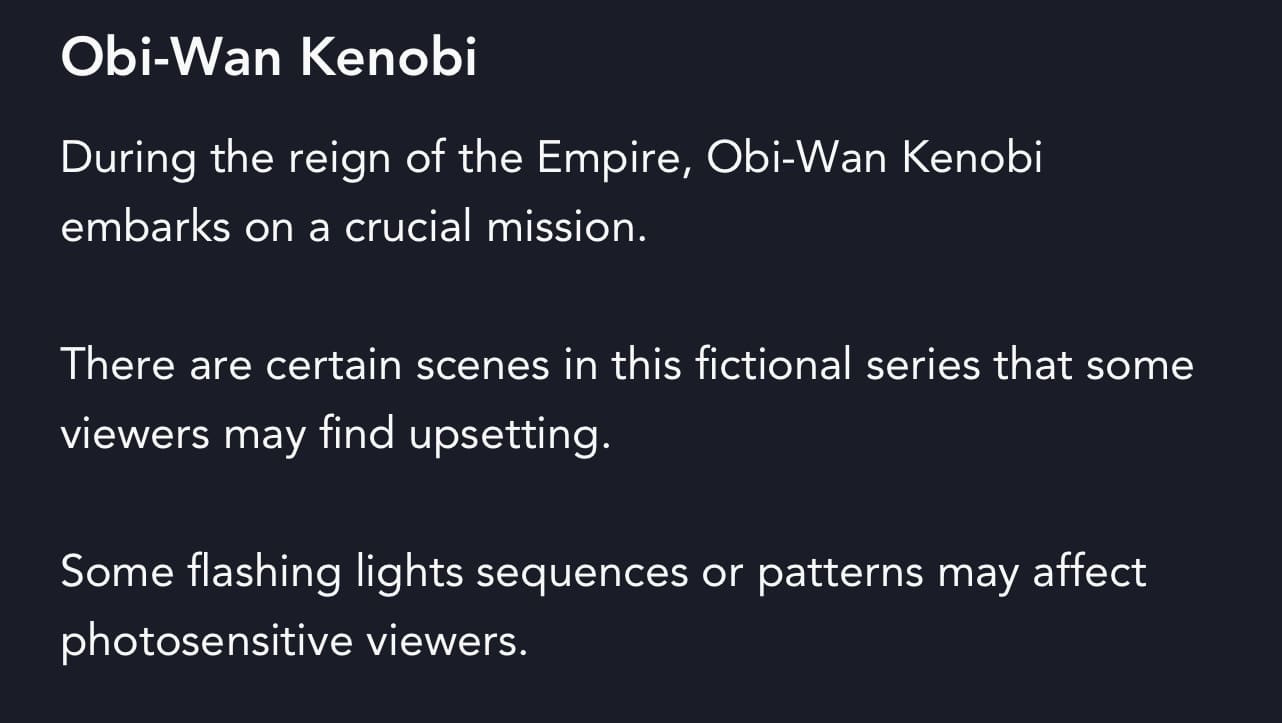 According to Variety, there was a different warning message added earlier in the day, but it was shortened a little later.

“Although this fictional series is a continuation of the story from Star Wars movies filmed many years ago, some scenes may be upsetting to viewers in light of the recent tragic events. Warning: Contains violence involving children.”

The opening scene of “Obi-Wan Kenobi” takes place during the events of Order 66, which were originally featured in the 2005 film, “Star Wars: Revenge of the Sith “, where the Emperor issues an order to his Clone Army to attack the Jedi.  The opening scene sees a troop of Clone soldiers enter the Jedi Temple, shooting at young padawans, who have to run to escape.

The first two episodes of “Obi-Wan Kenobi” are available on Disney+ now and the third episode will be released on Wednesday.