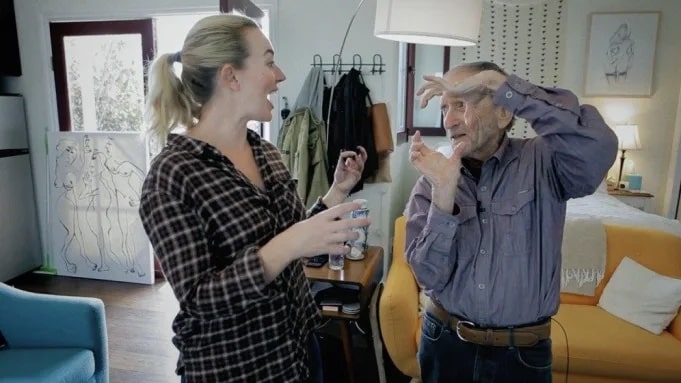 Disney has acquired the acclaimed documentary short, “Sophie & The Baron”, which tells the story of the unlikely friendship between iconic Rolling Stone magazine photographer Baron Wolman and artist Sophie Kipner, which blossomed as the former’s career was winding down, and the latter’s was just beginning. It takes viewers on an uplifting journey into an artistic collaboration that transcends eras and mediums.

The documentary will fall under the new Disney Original Documentary banner, which will be part of Disney Branded Television and is producing and acquiring content mainly for Disney+.

This documentary has been directed by Alexandria Jackson and produced alongside Joanna Natasegara and Courtney Cox, with Ryan Harrington exec producing and Saori Wall serving as associate producer.

It originally debuted at the 2021 SXSW Film Festival and appeared at multiple film festivals, winning multiple awards along the way.

Alexandria Jackson said in a statement to Deadline:

“Baron reminds us that assuming success is often a substantial step in eventually achieving it. Baron not only trusted Sophie but empowered her to make wonderful new art inspired by his iconic photographs,” said Jackson. “They, in turn, trusted and empowered me to tell their story. Their friendship and collaboration transcends eras and mediums and, to me, represents the magic and fun that can come from lifting each other up.”

“I really believe that incredible things can happen when you’re open, not only to opportunities but also to people. You never know who’s going to redirect the course of your life or when that moment will be — and it’s usually when you’d least expect it. Being open widens those possibilities. This film is about finding mentorship in the most unlikely place and how it can change your life. And it all starts with saying yes.”

“I could not be more thrilled to launch our new documentary banner within Disney Branded Television with the acquisition of ‘Sophie & The Baron. This film captures what we want to stand for at Disney Original Documentaries — hopeful, charming stories with real-world lessons that will inspire audiences of all ages.”

Roger has been a Disney fan since he was a kid and this interest has grown over the years. He has visited Disney Parks around the globe and has a vast collection of Disney movies and collectibles. He is the owner of What's On Disney Plus & DisKingdom. Email: Roger@WhatsOnDisneyPlus.com Twitter: Twitter.com/RogPalmerUK Facebook: Facebook.com/rogpalmeruk
View all posts
Tags: Sophie & The Baron