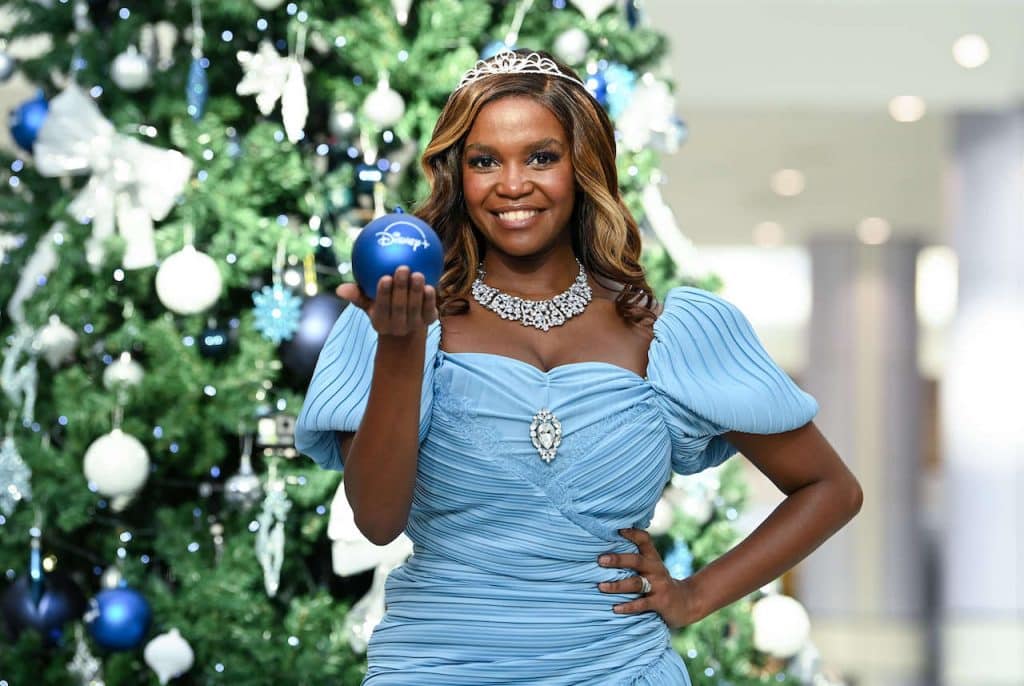 To celebrate the launch of “Disenchanted” on Disney+ , Christmas shoppers and commuters were treated to a magical impromptu performance took place this morning, as a troupe of undercover dancers and singers broke into a musical flash mob in London’s Westfield White City shopping centre.

The spectacle was led by two-time Strictly Come Dancing champion, Oti Mabuse, who stunned onlookers with a series of jaw-dropping lifts and spins, as she dazzled in a glamourous blue dress.

The theatrical performance was staged by Disney+ to celebrate the launch of ‘Disenchanted’ – the hotly anticipated sequel to ‘Enchanted’, which is available exclusively on the streaming platform today.  Disenchanted stars the original cast of Amy Adams, Idina Menzel, Patrick Dempsey and James Marsden and adds Maya Rudolph as a brand new Disney villain.

The flash mob was devised by award-winning movement director and choreographer Richard Marcel, who has previously worked on Strictly Come Dancing, X-Factor and Lip Sync Battle.

The routine was set to a brand-new track from the film, titled ‘Love Power’ by Idina Menzel, providing Londoners with a sneak peak of the magic to come in the sequel.

Oti, disguised as a coffee shop barista, kicked off the enchanting three-minute song and dance routine, inspired by the new film. Shoppers were mesmerised as a cast of 30 undercover performers, including security guards, grotto elves, shopping assistants and cleaners, broke out into dance. 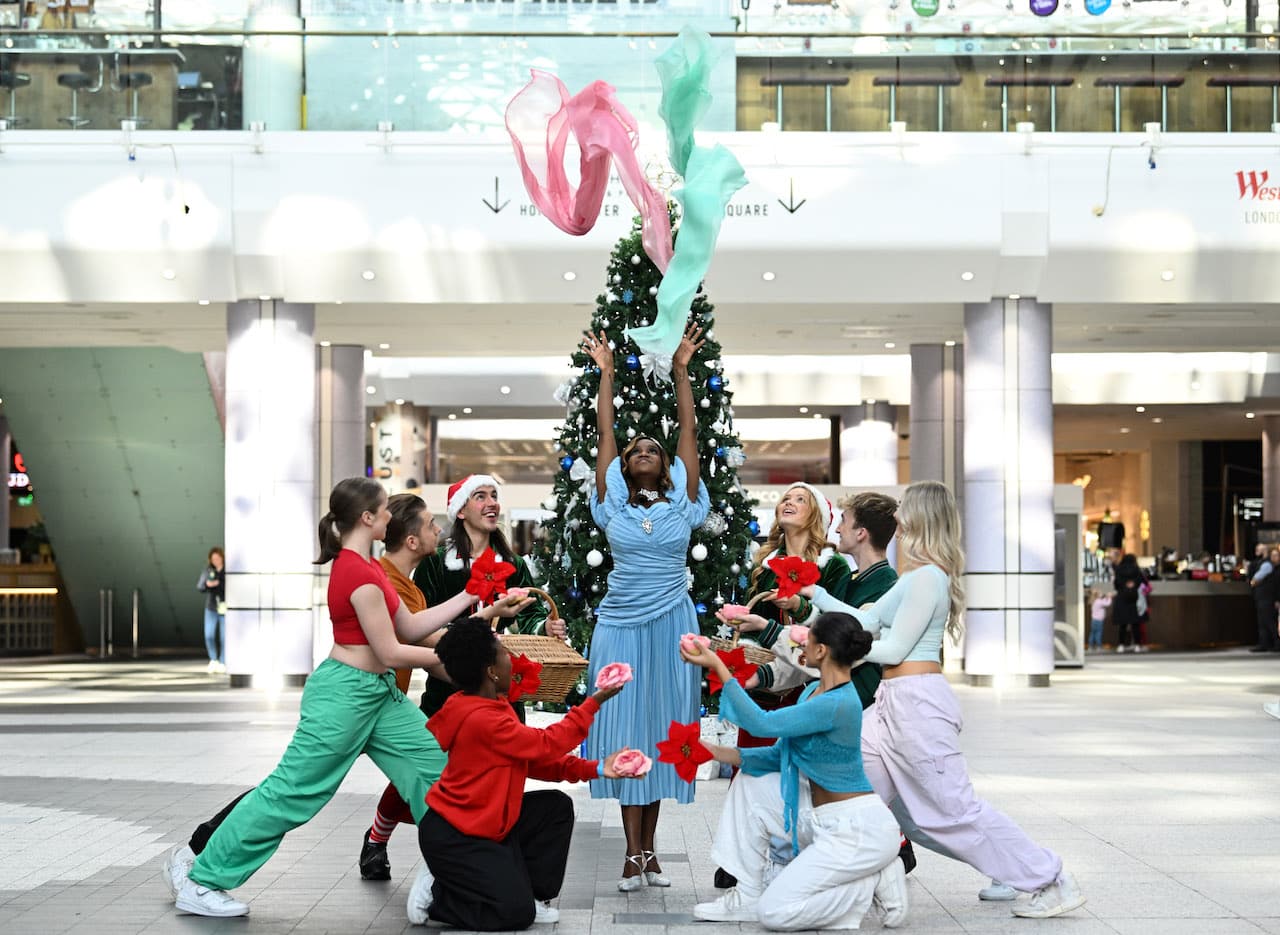 “I was just getting started on my Christmas shopping and I couldn’t believe it when the dance started to happen in front of me. I’ve never seen anything quite like it.”

“I am a huge fan of all things Disney so to be transformed into a Disney Princess was a dream come true! I loved the first Enchanted film so jumped at the chance to surprise shoppers with this dance. I can’t wait for everyone to see the sequel. When performing in such an environment, it is never easy to predict just how smoothly it will go – but the team did amazingly and it was such a joy to see the reaction of all the shoppers.”

“My brand new song in Disenchanted, Love Power, is now out there for people to enjoy – musical storytelling is a passion of mine, so I’m delighted to hear that the song was brought to life by Oti Mabuse and the dance troupe through an amazing flash mob for Disney+. I hope to see more fans bursting into song and dance like we did in the film.”

It has been more than ten years since Giselle and Robert wed, but Giselle has grown disillusioned with life in the city, so they move their growing family to the sleepy suburban community of Monroeville in search of a more fairytale life. Unfortunately, it is not the quick fix she had hoped for. Suburbia has a whole new set of rules and a local queen bee, Malvina Monroe, who makes Giselle feel more out of place than ever. Frustrated that her happily ever after has not been so easy to find, she turns to the magic of Andalasia for help, accidentally transforming the entire town into a real-life fairytale and placing her family’s future happiness in jeopardy. Now, Giselle is in a race against time to reverse the spell and determine what happily ever after truly means to her and her family.