Diary Of A Future President Episode 108 – “Matters of Diplomacy” Review 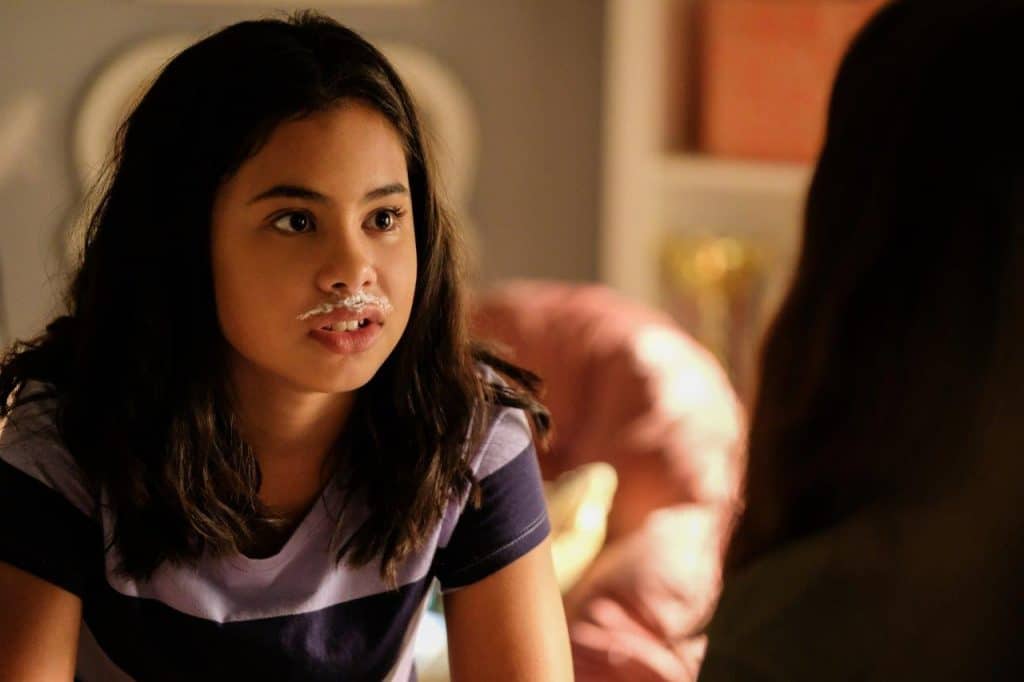 Diary Of A Future President Episode 108 – “Matters of Diplomacy” Review

In this eighth episode of the Disney+ Original “Diary Of A Future President”, we get to see Elena get herself into a tizz while getting ready for her school’s dance, while her mum continues to struggle with the guilt of moving on from her late husband and Bobby has a strange night.

I always find it funny how US high school dramas are always so excited about their dances, being a Brit, it was never a thing schools did until recently, since they got introduced because kids expected to have a prom like in the US shows. And in this episode, it was refreshing to see everything go so badly for both siblings, rather than going down the usual routine that other shows do.

Elena’s relationship with her best friend was the most important part of this story line, as while Elena was having issues with her mustache, it showed how self obsessed she has become over the past few episodes, especially after missing her friends poetry competition in the last episode. Obviously her dealing with her “mustache” is a big issue for girls of that age, I kinda enjoyed seeing her best friend getting fed up of always being at her “beck and call”. It’s an important lesson for the future president, since she learns a friendship isn’t one way. Though seeing her former best friend manipulating the situation because she’s been dumped by her “friend” will surely all come together nicely by the end of the season!

The side characters once again had much more interesting stories in this episode, with Gabi really struggling with the guilt over moving on from her late husband, especially when she sees her boyfriend interacting with her mother and other relatives. This story line is very conflicting, as you can’t help but feel for both characters. The boyfriend is doing everything he can to be supportive and to be accepted by Gabi’s family, but her guilt is holding her back, seeing the two of them sat on a bed with Gabi trying to explain her reasons was a highlight of this episode.

Bobby once again stole the show as he started to realise his feeling towards Liam, seeing him acting out and fighting with Liam at the dance, because Liam wanted to dance with a girl, just released Bobby’s jealousy, without him really understanding why. And the way he just ditched his girlfriend, who was a complete afterthought continues this interesting story line. It’s good to see Disney using this series to tell these stories and while I felt this series started off by trying to be too modern, by throwing too many issues around too quickly, this one major plot has been slowly building throughout the whole series and as I’ve said before in other reviews, his story is much more interesting than anything Elena’s been doing.

This has been one of the best episodes of the series so far.