A brand new family comedy series called “Diary of a Future President” has been added to Disney+ today and in the show we get to see the origin story of a future leader, as it follows her journey through the ups and downs of middle school, which set her on the path to becoming the president of the United States.

The series stars Gina Rodriguez, who you might know from “Jane The Virgin”, as the adult US president and Tess Romero as the 12 year old version of her.     It’s a show with some big heavy hitting social talking points, featuring the first Latino and first female US President, this one doesn’t pull any punches in showing young girls that they can be anything they want to be.    It’s just a shame the show isn’t about her as a US President, as she is only in it for a couple of minutes at the start.

The first episode focuses on creating introducing us to the characters, developing their backstory and setting the tone for the series.  And that ultimately is one of my biggest issues with this series, I just don’t know who it’s aimed at. It’s called a family comedy, but I didn’t think it was that funny or something my family would want to watch.  I think having a huge part of the first episode focusing on girls starting their periods, then pretending to be having them to be grown up and fit in with those that are, just seemed like a very strong topic for a first episode.  I think it’s important that these subjects are touched upon in series like this, so young girls and boys get an understanding of it being normal, but for a first episode of a brand new original series, that is following “The Mandalorian”, I just think it’s going to push people some people away. Had it been half way through the season, it wouldn’t be such an issue.

Throw in that this show has the first ever female president of the US, which automatically means this show is going to be fighting an uphill battle with getting attention from some subscribers.  Disney even changed the name of the show, from “Diary of a Female President” and if they reaction Disney was getting on social media was anything like the reaction my articles got about this show had on social media, I’m not surprised they changed it.  It’s completely unfortunate that this show will have that reaction and since I’m from a country that has had two female Prime Ministers and a Queen, so don’t understand why people have problems with a female leader. 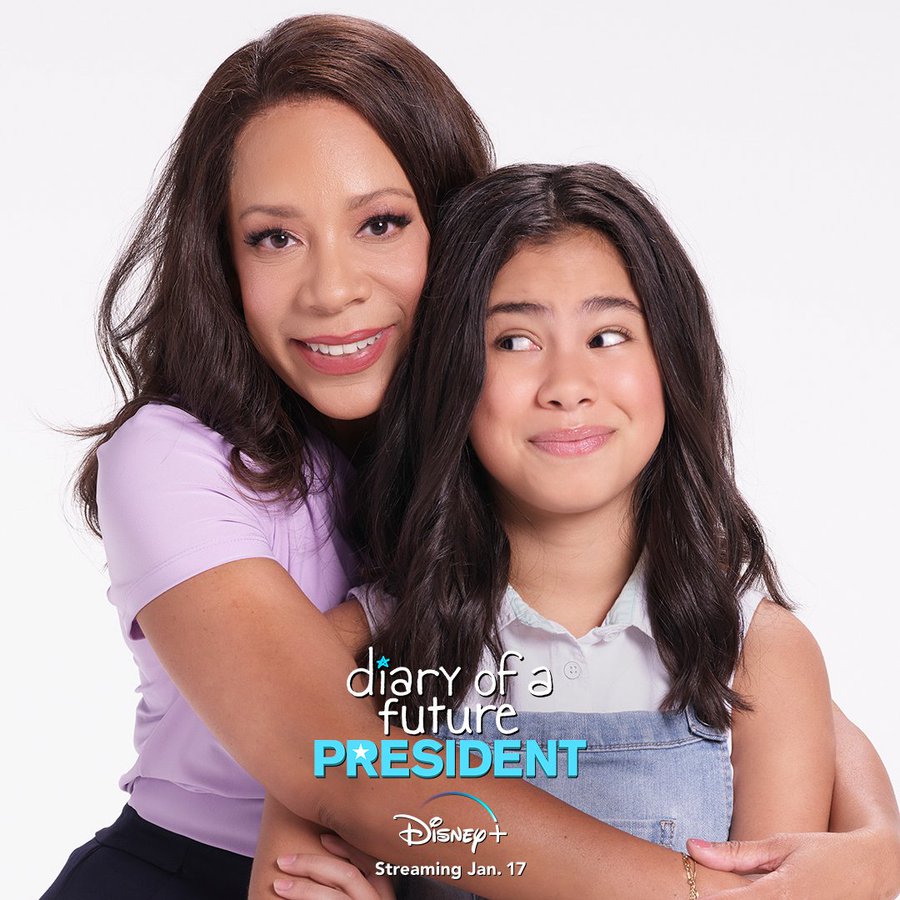 This show is very modern and I’m sure future episodes will future push the envelope.  There is one great scene involving a co-worker talking to Elena’s Mum about struggling to tell a parent they are a lesbian.

It’s important Disney+ has shows for everyone and this was a fine episode, but I wasn’t blown away with it.  It’s just not strong enough to pull Disney+ through during this dry spell of major shows. I’m sure this series will find its audience, but it doesn’t feel like its a show created for me.  Now I did think the same about “High School Musical: The Musical – The Series” before that released and I totally loved that show, but this episode just left me thinking it was just ok. There was nothing about the show I didn’t like, but there wasn’t anything about the show that I liked either.

There are lots of sweet little moments and I really enjoyed how Elena’s mum was so terrified of telling her daughter about her new relationship, since her husband had died years ago.  I was much more interested in the parents story than that of Elena as a 12 year old. I just wanted more of adult Elena as the US president, because I find that story so much more interesting than a 12 year old going to school and forgetting her homework.

I would recommend everyone with a Disney+ subscription watches it and makes their own opinion, because I think there is an audience who will now doubt enjoy it.  It just wasn’t my cup of tea.