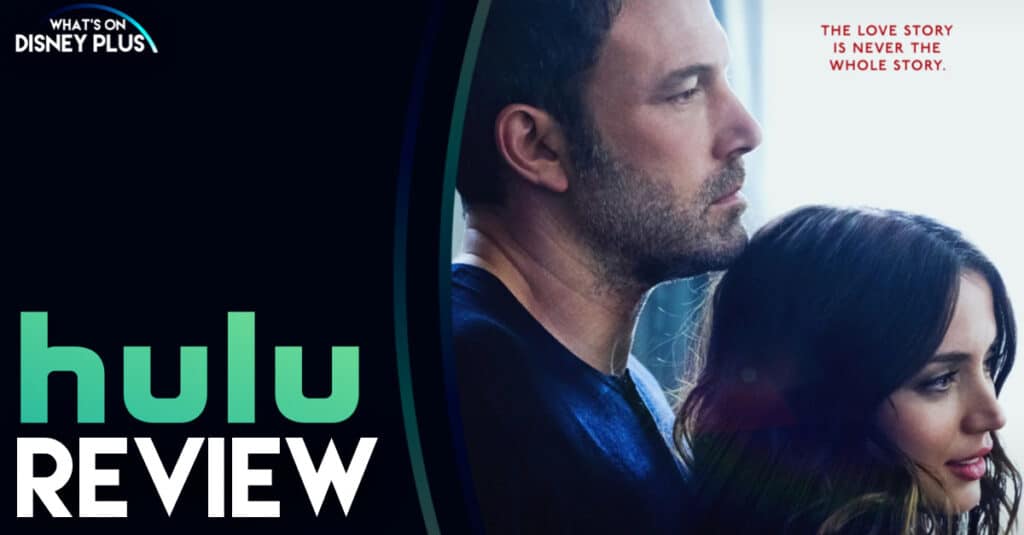 Vic (played by Affleck), has retired after designing a chip used in drones, spending time with his family, cycling and going to parties with other rich people, but they are bored. So Melinda (played my Ana de Armas) teases her husband, by taunting him with other men, who she is having affairs with. While he might have been open to the idea, to begin with, it slowly starts to enrage him. When he jokes with one of her lovers about killing the last guy she was with, it plants the seed within him and we slowly see a pattern evolving with their relationship.

It takes over an hour before the actual mystery element of the film begins, at which point, you really don’t care what happens to either character.

The film is based on the novel by Patricia Highsmith and is directed by Adrian Lyne, who previously directed films such as “Fatal Attraction,” and “Indecent Proposal”. Unfortunately, all that time away from not making films hasn’t really helped, as “Deep Water” feels very outdated.

This film continues the idea that straight to streaming films aren’t as good as theatrical releases, because had this been released twenty years ago, it would have been a box office flop!

Overall, “Deep Water” is disappointing, as it just plods along for over an hour without making you care about the characters as they are so unlikeable, that I really wasn’t interested in what happened to them. I couldn’t wait for it to end, though at least the last 20+ minutes were a little more interesting, but they could have almost cut the first hour from the film without it making any difference.

2oth Century Studios “Deep Water” is coming to Hulu in the US and on Amazon Prime internationally on Friday 18th March 2022.

Roger has been a Disney fan since he was a kid and this interest has grown over the years. He has visited Disney Parks around the globe and has a vast collection of Disney movies and collectibles. He is the owner of What's On Disney Plus & DisKingdom. Email: Roger@WhatsOnDisneyPlus.com Twitter: Twitter.com/RogPalmerUK Facebook: Facebook.com/rogpalmeruk
View all posts
Tags: deep water, review