Could “Bear In The Big Blue House” Be Coming To Disney+ Soon?

What's On Disney Plus > Blog > Brands > Disney > Could “Bear In The Big Blue House” Be Coming To Disney+ Soon? 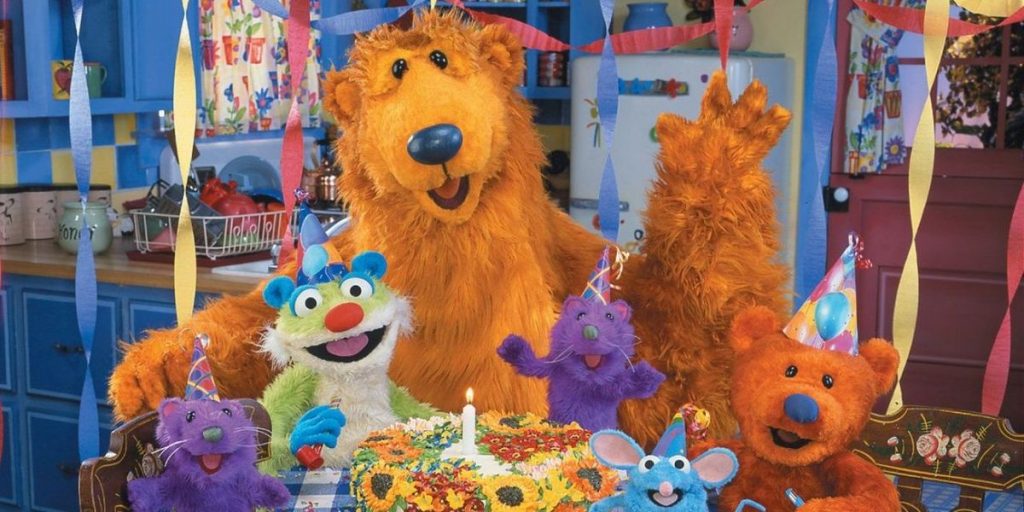 Could “Bear In The Big Blue House” Be Coming To Disney+ Soon?

One of the most requested shows that Disney fans have been asking to be put onto Disney+ since it launched is “Bear in the Big Blue House”, which is a show about a Bear, who teaches pre-schoolers exploration, imagination and problem-solving.

The series ran for four seasons from 1998 and has over 118 episodes created. The show has been so requested, there are even petitions running, with tens of thousands of signatures.

This past weekend, Disney theme park YouTuber, Defunctland, held a special charity fundraiser live stream to raise money for “Give Kids the World Village”, a nonprofit that provides critically ill children and their families with week-long wish vacations at no cost.

During the live stream, Kevin Perjurer, was joined by “Bear in the Big Blue House” star Noel MacNeal, who hinted:

While Noel MacNeal could be talking about the classic series being released onto Disney+, there could also be a hope that the series could be revived for a brand new generation.  Disney has had lots of success with bringing back popular shows and films, like “The Mighty Ducks: Game Changers”, “Diary Of A Wimpy Kid” and the upcoming “Proud Family” animated series.

Hopefully, we will find out more about the classic “Bear in the Big Blue House” series coming to Disney+ soon.

Just a reminder, Disney hasn’t officially confirmed when “Bear in the Big Blue House” will be released on Disney+.

Would you like to see “Bear in the Big Blue House” on Disney+?

Roger has been a Disney fan since he was a kid and this interest has grown over the years. He has visited Disney Parks around the globe and has a vast collection of Disney movies and collectibles. He is the owner of What's On Disney Plus & DisKingdom. Email: Roger@WhatsOnDisneyPlus.com Twitter: Twitter.com/RogPalmerUK Facebook: Facebook.com/rogpalmeruk
View all posts
Tags: big blue bear