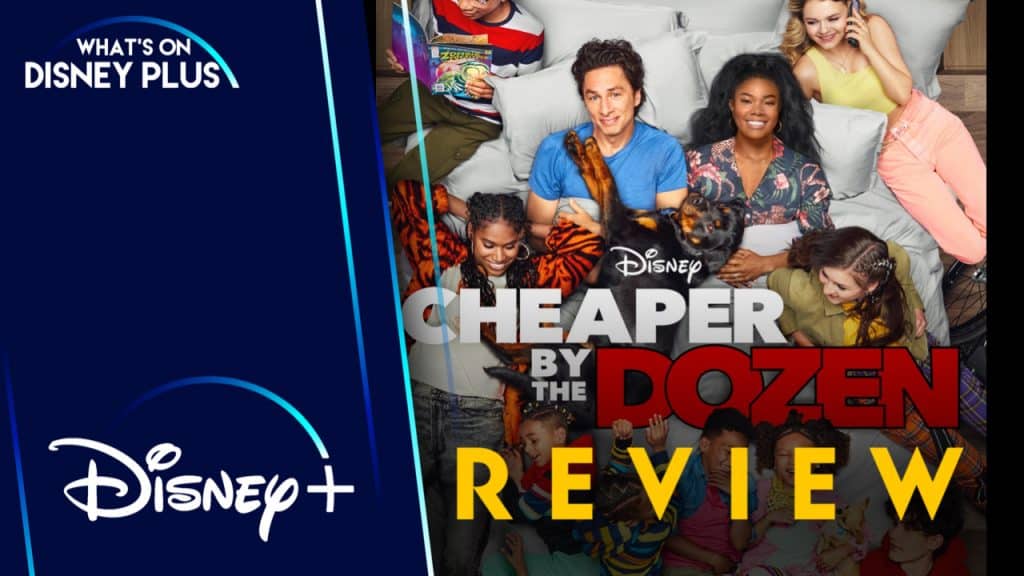 Cheaper By The Dozen has been updated for the current times to include heavy social issues like racism and bullying, but it still maintains a really fun, chaotic, and comedic vibe. In this version Zoey (Gabrielle Union) and Paul Baker (Zach Braff) are both newly divorced when they first meet. After falling in love they blend their families to become one — another modernization to the story.

The large family runs their own breakfast restaurant which eventually leads some huge opportunities. But what seems like a no brainer, perfect opportunity, for them comes along with some cons as well. Things get real with the family, and when they move to a new neighborhood they have to deal with being treated different just because of the way they look.

The Baker home is always full of chaos, but also full of love. Any parent who watches this movie can likely relate to how hectic mornings can get — even if they don’t have ten kids in the house. Both exes are involved in raising the children, and the fact that they are not portrayed as the villains in this story should be applauded. There are many families that look like this in the real world, so to be able to see themselves on screen, getting along and working together, is refreshing. 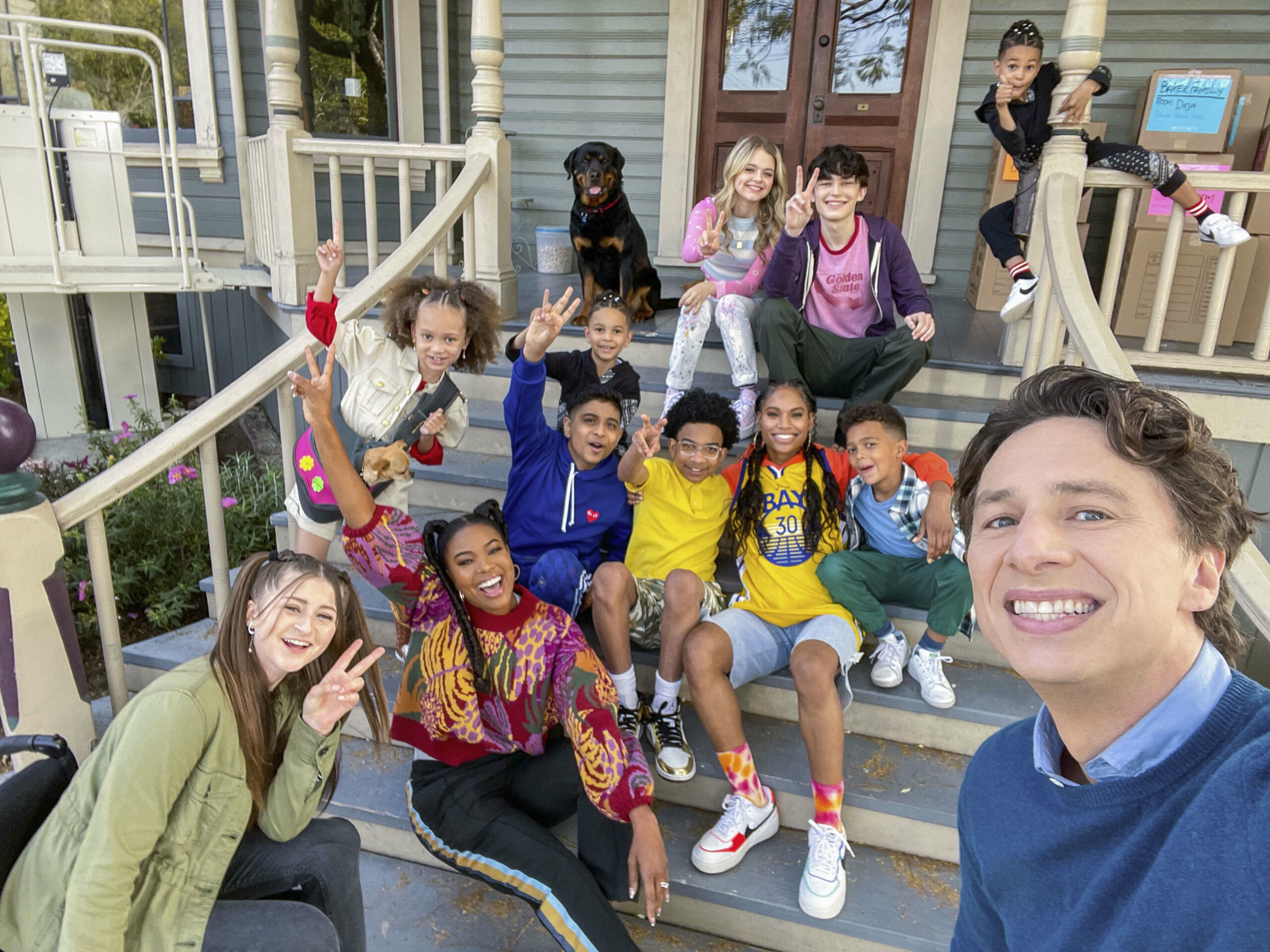 With a cast this large it easy to lose track of some of them, or allow them to fade into the background. However, Cheaper By The Dozen does a great job of giving each and every one their own moments and their own storylines. They all have their own personalities, and they all shine in their own way. These kids are all fantastic, and work extremely well together. If you didn’t know any better, you would think they really were siblings. It feels like they are all having the time of their lives, and because of this most viewers will be smiling all throughout the movie.

Zach Braff and Gabrielle Union have wonderful chemistry on screen, which makes this story easily believable. They have their moments, as do all couples, but the passion and love are always felt — even when they are upset with each other.

Cheaper By The Dozen is unafraid to dive fully into the real and raw issue that is racism around the country, and the world, today. There are moments in this movie where Zoey flat out tells Paul that he is able to feel comfortable anywhere because of how he looks, but she isn’t. She is judged as an African American from the moment she steps into their new neighborhood, as is the rest of the family. The “adopted” cousin that lives with them is also judged because of his mother’s actions and where he was raising. All things that are completely unfair, but that unfortunately are normal in today’s day and age. The fact that Disney is willing to put this all out there, and able to still keep this movie a comedy, is impressive and inspiring. 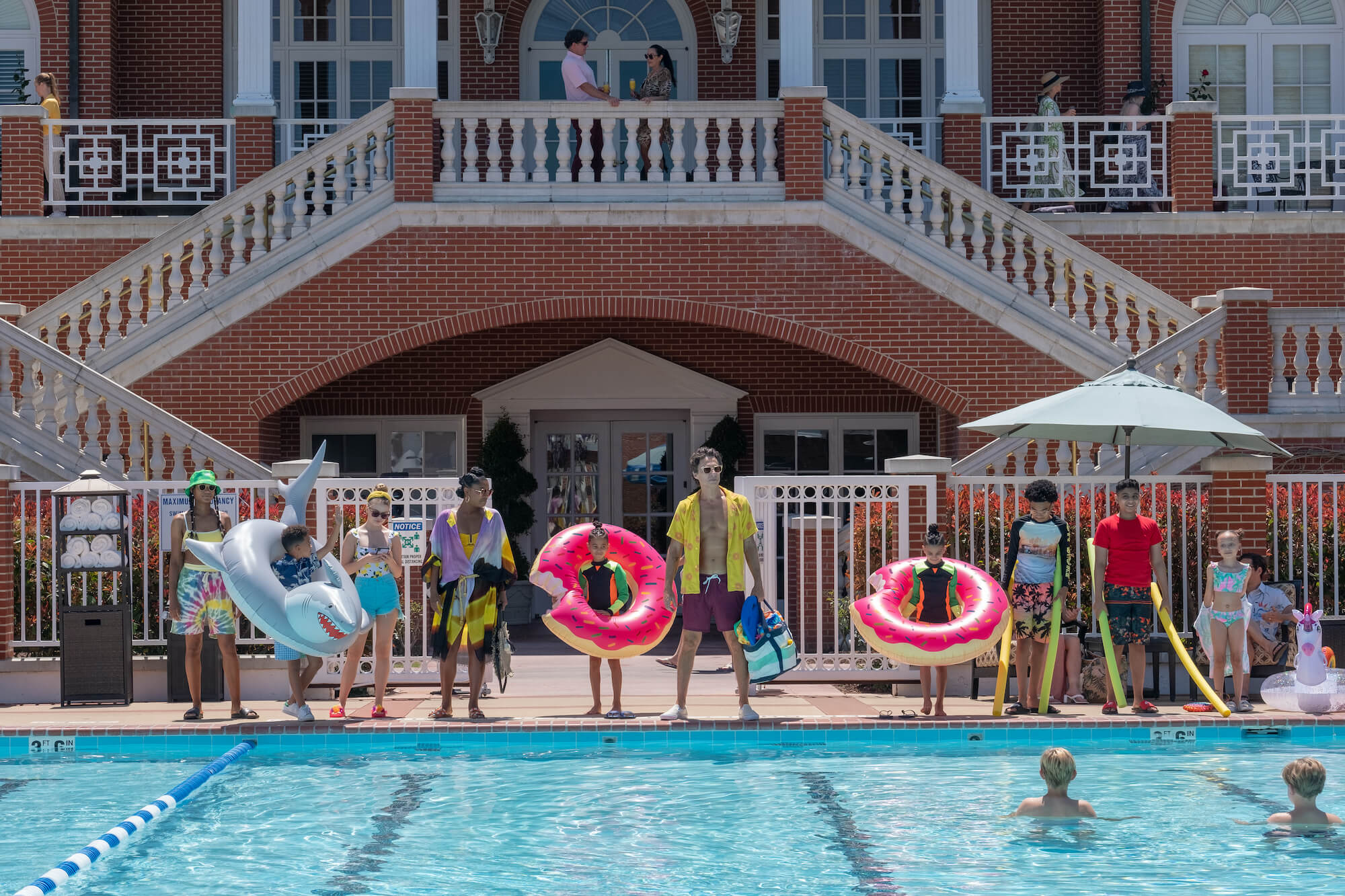 The plot itself is quite predictable, and it is easy to figure out the main story beats fairly early on. However, most movies that are geared towards a younger audience have this issue, and it can be forgiven because of the heart and soul that irradiates from the screen. It isn’t the best story, but the overall message is so fantastic that any common tropes can be looked over and forgiven.

Cheaper By The Dozen is chaotic fun. It is hilarious at times, but completely heartwarming at others. It is unafraid to shine light on issues that the world is dealing with today, while still keeping it comedic enough so it isn’t too heavy. This one is fun for the whole family!

Another fantastic premiere night! These girls are getting to be red carpet pros! #CheaperByTheDozen pic.twitter.com/iWjIGvPSh0

Tessa Smith AKA Mama's Geeky, is a journalist that covers geek and Disney culture on her own website, as well as freelances for other sites such as What's On Disney Plus and Screen Rant. She graduated Magna Cum Laude with a degree in Marketing and loves all things geeky. She is a Disney Vacation Club member and a Founders Circle Member of Disney+. She is also an approved critic for Rotten Tomatoes and a member of the Critics Choice Association. Tessa lives in Upstate New York with her husband, two daughters, and two dogs named Sansa and Khaleesi.
View all posts
Tags: cheaper by the dozen, review