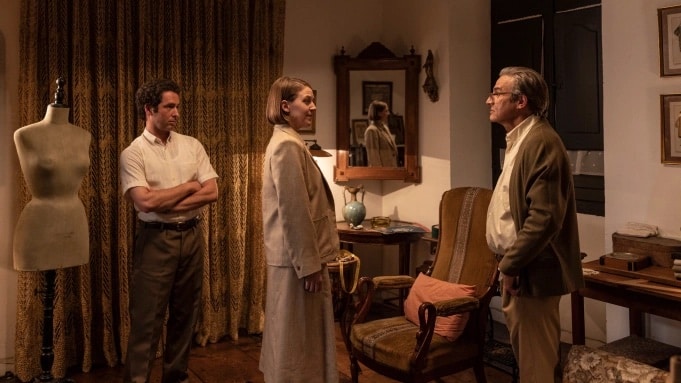 Disney is currently developing a brand new Spanish period drama series for Disney+ that is currently going by the working title of “Balenciaga “.  This six-part drama series is about Cristóbal Balenciaga, the son of a seamstress and a fisherman who uses his natural talent, constant work and sharp nose for business to become one of the most prominent fashion designers of all time.

This new series will star Albert San Juan in the title role and Deadline has revealed that Belén Cuesta (Money Heist, La Trinchera Infinita) and Gemma Whelan (Game of Thrones, Killing Eve) have joined the series.

Gemma Whelan will play Prudence Glynn, a journalist for The Times newspaper.

Also starring in the upcoming Disney+ series are:

Filming on the series began in June and will be continuing until autumn.  It is being filmed in locations across Spain and France, with over 100 professionals and 2000 extras working on the project.

Roger has been a Disney fan since he was a kid and this interest has grown over the years. He has visited Disney Parks around the globe and has a vast collection of Disney movies and collectibles. He is the owner of What's On Disney Plus & DisKingdom. Email: Roger@WhatsOnDisneyPlus.com Twitter: Twitter.com/RogPalmerUK Facebook: Facebook.com/rogpalmeruk
View all posts
Tags: Balenciaga