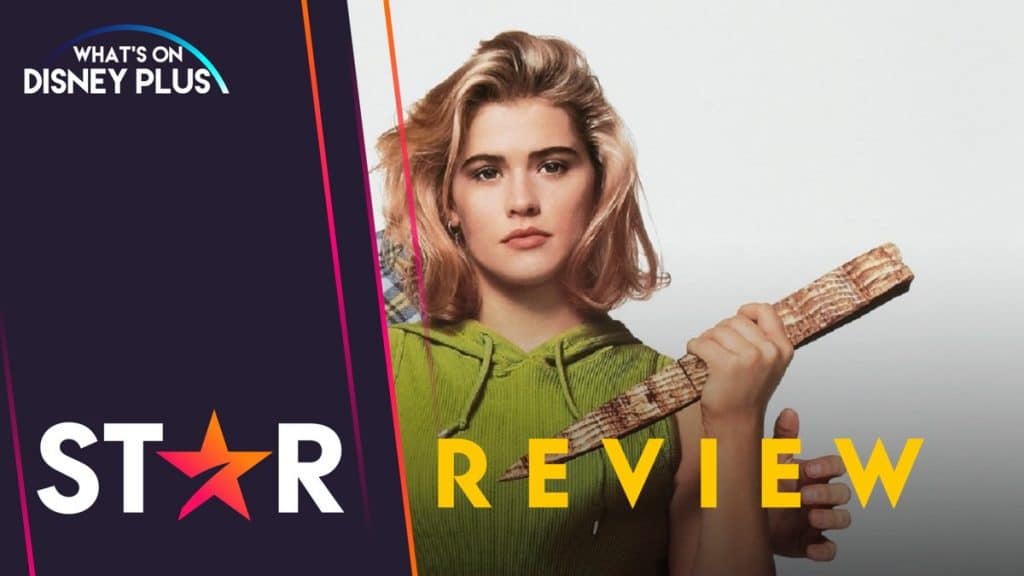 In this unique comedy horror, Buffy Summers (Kristy Swanson) is your average, slightly ditzy teenager who simply wants to settle into her new school and thrive in the cheerleading squad. However, when the mysterious Merrick (Donald Sutherland) appears she is thrust into a battle for survival against hordes of vampires as “the chosen one”…

I know what you may be thinking: “Buffy is 25 years old earlier this year, the first episode aired in 1997!” And you would be absolutely correct. However, that is not the Buffy I’m discussing today. No, we’re going back to 1992 (with this review timed exactly for the 30th anniversary), when 20th Century Fox first haphazardly attempted to marry comedy and horror, frustrating a young Joss Whedon in the process and forever condemning a film as the “black sheep” that a fandom does its best to ignore. Does this initial attempt at a vampire-killing cheerleader really deserve such scorn and dismissal? Well, yes and no. Let me try to explain.

The 1992 version of Buffy the Vampire Slayer is undeniably an underdeveloped prototype of the iconic 1997 series. It is not completely unrecognisable as a starting point for the franchise. Perhaps Kristy Swanson’s portrayal of the titular character exemplifies this the best. Buffy is still somewhat of an ass-kicker (as much as early 90s Hollywood would allow a girly character to be, anyway) and she is depicted as being able to hold her own while occasionally quipping in the process.

Unfortunately, this is all dragged down by Swanson’s performance coming across as a bit too ditzy for her own good. It’s not that she’s ever totally inept, it’s more that she never particularly grows beyond the valley girl stereotype. She simply starts out not wanting to be The Slayer, then starts training to be one. But as a person, she’s more defined by her choice of love interest than anything she does as a vampire hunter. In all fairness, most of this is not Swanson’s fault. She is after all just working with the script she was given. But even so, she doesn’t particularly deliver in scenes where she should be the focal point. Her acting doesn’t deliver much emotional weight, making her limited opportunities for character growth in such a short film (just 80 minutes not counting the end credits) all feel rather pedestrian.

However, if there is one relative highlight in the acting department for this film, it would undoubtedly be Buffy’s Watcher Merrick, portrayed by the late, great Donald Sutherland. While rumour has it that Sutherland was rather embarrassed to be cast in the film, you wouldn’t be able to tell by his onscreen performance. Even as just about everyone else chews the scenery, he treats the subject matter with sincerity. He plays the mentor role very well and employs a subtlety of acting that allows him to gradually shift from someone unsure of their new protege to someone who has accepted their quirks and instead slid into an implicit father figure role. Of course, this character development is rushed by the exceedingly short running time but that should not discount the skill required to make that arc work at all whatsoever.

Finally, on the protagonist side we have Pike (the late Luke Perry). Sadly, there’s not too much to say about the character. He only exists to serve as a “good guy” love interest for Buffy. He occasionally gets involved in the rather lacklustre fight scenes but is usually seen making dumb decisions that get him in trouble. He does technically have his own B-plot involving a buddy who gets turned into a vampire (which is how he realises something is wrong with the town) but so little is done with this until the film’s climax that his supposed redeeming moment of slaying a former friend is particularly underwhelming.

And now we come to our pair of main villains. First is the late, great Rutger Hauer as Lothos. Unfortunately, it is the antagonist side of the cast where everything begins to fall apart. Lothos is blatantly campy and yet the film seems intent on behaving as if he’s as creepy as Nosferatu himself. Yes, there is admittedly one dream sequence where they manage to turn up the unnervingly seductive vibe slightly but when he spends most of his screen time feeling about as threatening as Liberace, it only helps to further muddle the combined comedy/horror tone that the story seriously struggles to come to terms with throughout.

And speaking of a film struggling with itself, we come to Amilyn, portrayed by Paul Reubens (yes, Peewee Herman). Besides the fact that our secondary villain’s name sounds like a painkiller medication, he is also the most obvious sign that this production had no idea what it wanted to accomplish. As you would expect, Reubens is far more comfortable on the comedic spectrum of acting here. And yet, they repeatedly try to position him as broody and threatening. Maybe the actor was keen to try new things (and I can respect that desire if so) but it really doesn’t work here, especially when a character who has been portrayed as a threat throughout decides to stop the film in its tracks to screw around with a protracted, slapstick death scene. But then again, all of the vampires are either directly or indirectly played up for laughs, often making you wonder if they’d even be that hard to dispose of in this universe if you were at least semi-competent.

And that’s the biggest problem with this film when you really boil it down. Because it insists on being goofy, it ends up neutering the main narrative threat. And once the theoretical horror no longer packs any punch you’re left with the completely average early 90s humour to try and carry it. This just barely succeeds (with only a couple of slight chuckles to be had) and so leaves us with an inoffensive but confused tonal mess that has been completely dwarfed by its legendary successor. If you’re someone who is plunging into the Buffyverse for the first time and you’re determined to be a completionist, it’s not an absolute waste of 80-or-so-minutes. But if you’ve never heard of the film before and are eager to watch or rewatch the show, you’re really not missing anything.

Buffy the Vampire Slayer (1992) is available on Disney+ in a maximum resolution of 1080p Full HD. This is in line with the physical releases worldwide.

Buffy the Vampire Slayer (1992) does not currently include an “Extras” tab on its page as of writing, meaning that not even the standard “promo clip” is available.

Presentation Ranking: 3 stars out of 5

“Buffy the Vampire Slayer (1992)” is available to stream on Disney+ now in many countries including the UK and Ireland, Canada, Australia and New Zealand, the Netherlands, Spain and more.

What are your thoughts on “Buffy the Vampire Slayer (1992)”?

Jon has been a Disney fan all of his life. From wearing out those expensive VHS tapes and visiting Disneyland Paris as a child to becoming a huge fan of the MCU in adulthood, Disney has helped shape some of the happiest, most fun moments he can remember.
View all posts
Tags: buffy the vampire slayer, retro reviews, star