During last weekend’s Star Wars Celebration event, it was revealed that the third season of “Star Wars: The Mandalorian” would be coming to Disney+ in February 2023.

The third season will see “The Mandalorian” and Grogu head to Mandalore, with Katie Sackhoff returning to reprise her role as Bo-Katan Kryze.  In addition to his directing duties, it was announced that Rick Famuyiwa will also executive produce “The Mandalorian,” Season 3.

THR also revealed that Bryce Dallas Howard has directed an episode from the third season of “The Mandalorian”.

She has previously directed an episode in each of the first two seasons of “The Mandalorian”, along with the “Return of the Mandalorian” episode of the spin-off series, “The Book Of Boba Fett”. 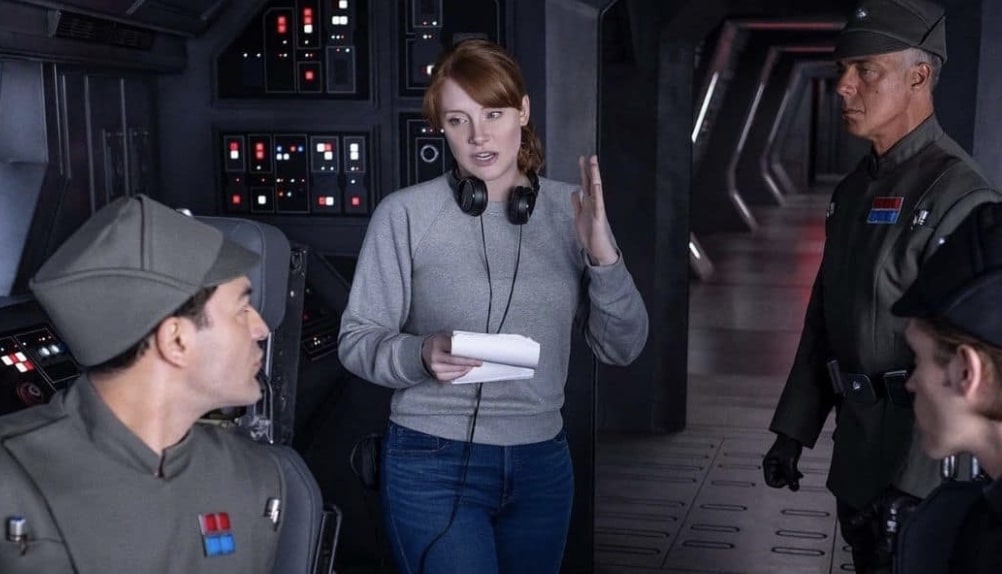 Bryce Dallas Howard will also be starring in the upcoming “Jurassic World: Dominion” film, which is coming to cinemas this month.

The first two seasons of “The Mandalorian”, along with “The Book Of Boba Fett” are available to stream now on Disney+.