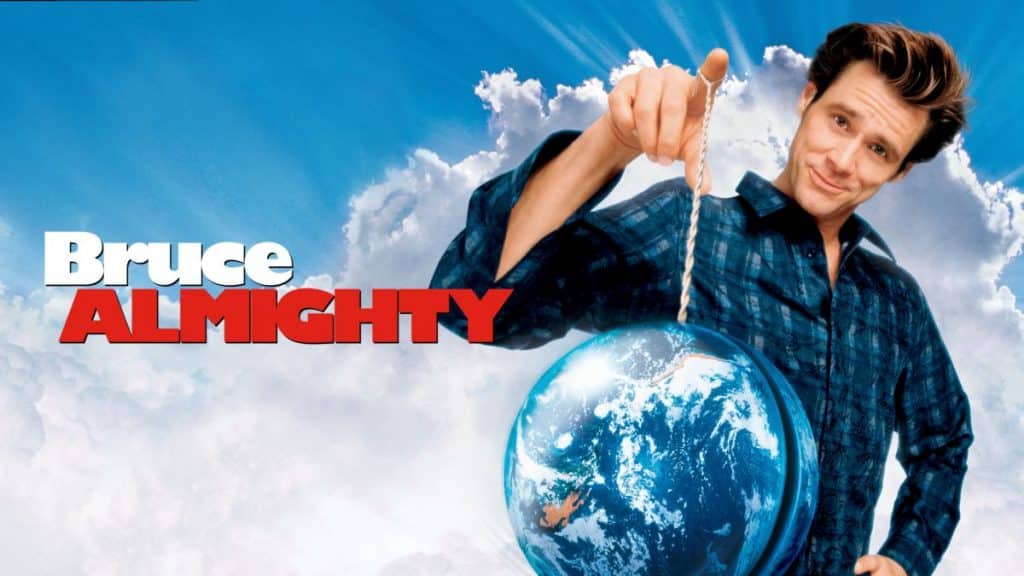 Disney has announced that the 20th Century Studios film, “Bruce Almighty”, is coming to Disney+ in the United Kingdom and Ireland on Friday 13th May 2022.

Bruce Nolan (Jim Carrey) is a TV reporter who believes the entire universe is stacked against him. In a life-altering encounter, the Big Guy Upstairs (Morgan Freeman) endows Bruce with all His divine powers and challenges Bruce to take on the big job to see if he can do it any better.

“Bruce Almighty” is already available on Disney+ in some countries including Australia and New Zealand.

Are you looking forward to “Bruce Almighty” coming to Disney+?

Roger has been a Disney fan since he was a kid and this interest has grown over the years. He has visited Disney Parks around the globe and has a vast collection of Disney movies and collectibles. He is the owner of What's On Disney Plus & DisKingdom. Email: Roger@WhatsOnDisneyPlus.com Twitter: Twitter.com/RogPalmerUK Facebook: Facebook.com/rogpalmeruk
View all posts
Tags: bruce almighty